Some see Assassin's Creed as nothing more than a series of swashbuckling adventure games set in the past but the actual narrative to the games is so much more complex with ancient astronaut theory mixed in with conspiracy theory with virtual reality all mixed in together. The adventure elements so often seen in the marketing for the games are actually virtual reality recreations of the memories of a person ancestors allegedly stored within their DNA. This virtual reality technology, known as the Animus has been developed by Abstergo Industries, which is revealed to be the modern day 'cover' for the Knights Templar, an ancient order that seeks to subvert mankind using technology left behind by a race of aliens that pre-date the evolution of all life on Earth. 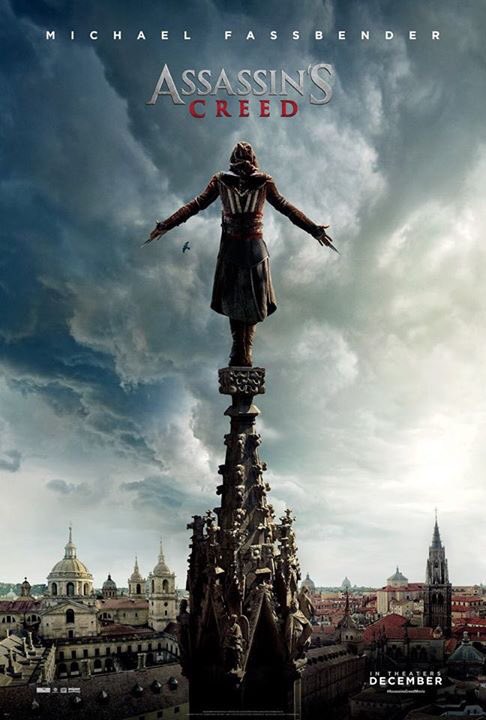 The games are usually perceived through the eyes of descendants of Assassins, another secret order that has fought against the Knights Templar for many centuries and has fought for the freedom of mankind.

In the forthcoming movie, due in theaters December 21st, sees Michael Fassbender take on the role of Callum Lynch, who through the use of the Animus is able to relive the memories of his ancestor, an Assassin called Aguilar de Nerha who lived in 15th Century Spain.