Sony and Columbia Pictures have big plans for the newly rebooted Amazing Spider-Man franchise; not only do have another two instalments planned for 2016 and 2018 (making that an Amazing Spider-Man film every two years), but they also intend on creating an "Amazing Spider-Man Cinematic Universe", with plans to release both a Venom and a Sinister Six movie in the near future.

As mentioned in our last post, the studios are hyping their final trailer with a series of countdown posters; here is todays poster followed by a new poster featuring Gwen Stacey and the dying promise Peter made to her father from the climax of the first movie... 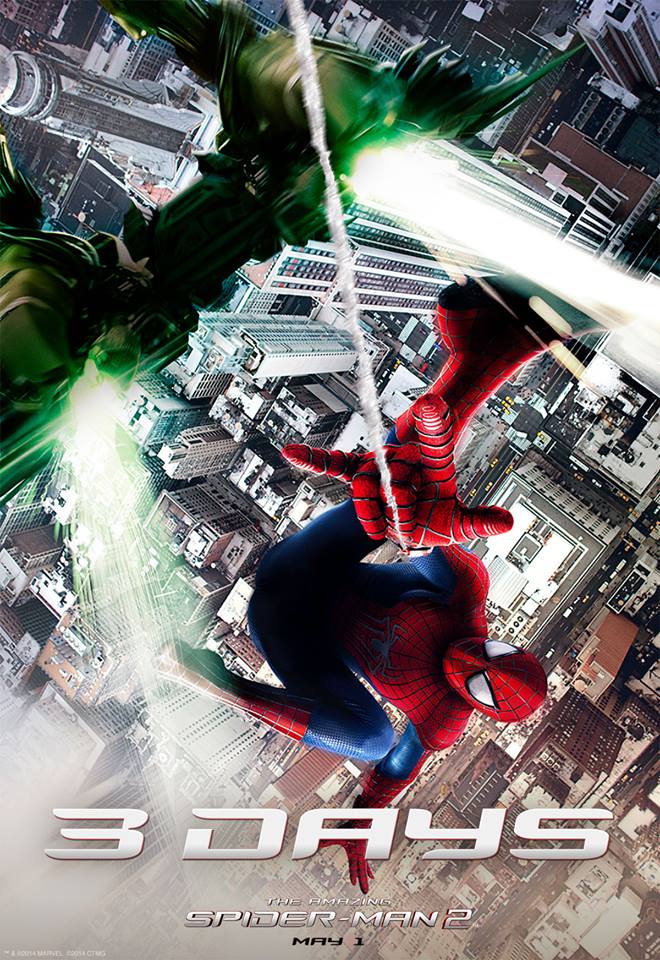 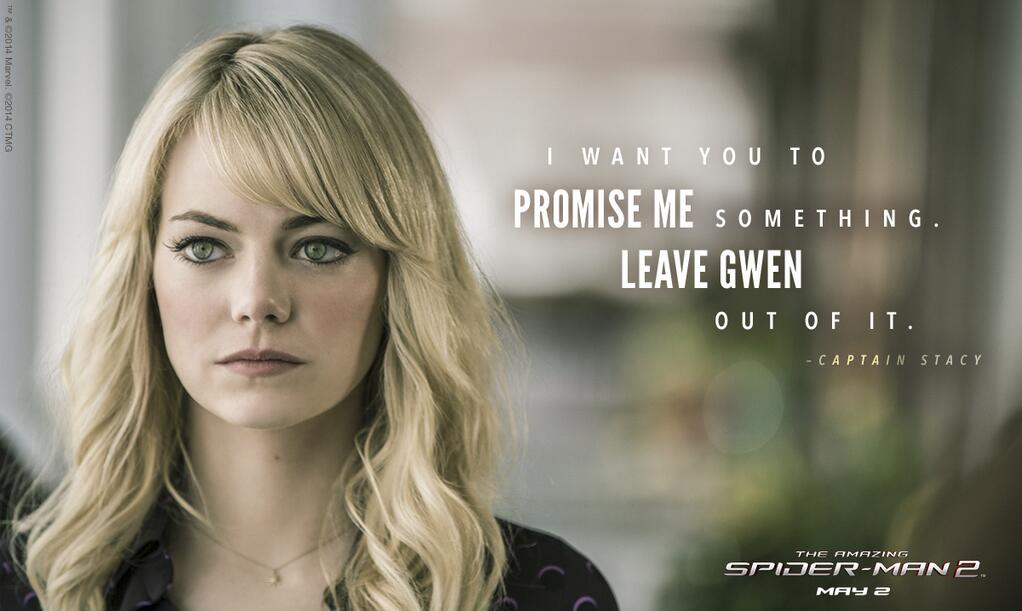 Also, regards the already scheduled 2018 sequel - the Amazing Spider-Man 4, director Marc Webb has told The Daily Beast that he will not return as a director, but may return as a consultant. Here's what he had to say...

"I’d like to be involved as a consultant. I’ve already talked to these guys about it, but in terms of directing it, that will close out my tenure. I’ve had so much fun doing it, but after the third movie, it’ll be the time to find something else."

"We’re building out a more complicated Spider-Man universe with characters that people haven’t seen in other Spider-Man movies—The Sinister Six, Venom, and more. We’d all love to overlap with other studios, but it’s beyond my pay grade."

"I wanted him to be as smart as Peter Parker. James Franco is a very intelligent man, but his Harry Osborn was a little bit dopey. This Harry Osborn is incredibly sharp. Harry and Peter are bound by the loss of their fathers and their abandonment issues. In Raimi’s film, Harry is trying to protect Peter from getting bullied or whatever, and in this one, they’re more like brothers."

And finally regards the original decision to introduce Mary Jane Watson in the forthcoming movie (the scenes of which have since been cut), Webb only had this to say...