The 1990's were a hard time for Marvel Comics. In 1992 many of Marvels talent, including Spawn creator Todd McFarlane, left to form Image Comics. Then, despite the grandiose nature of their Onslaught storyline which encompassed most of their characters, the series was stopped prematurely after only 12 months. Also early 90's movie attempts by Marvel (Nick Fury: Agent of Shield, Captain America) flopped whereas rival DC was enjoying commercial success with its run of Batman movies. Finally, to add insult to injury in December 1996 the comic book giant filed for bankruptcy. 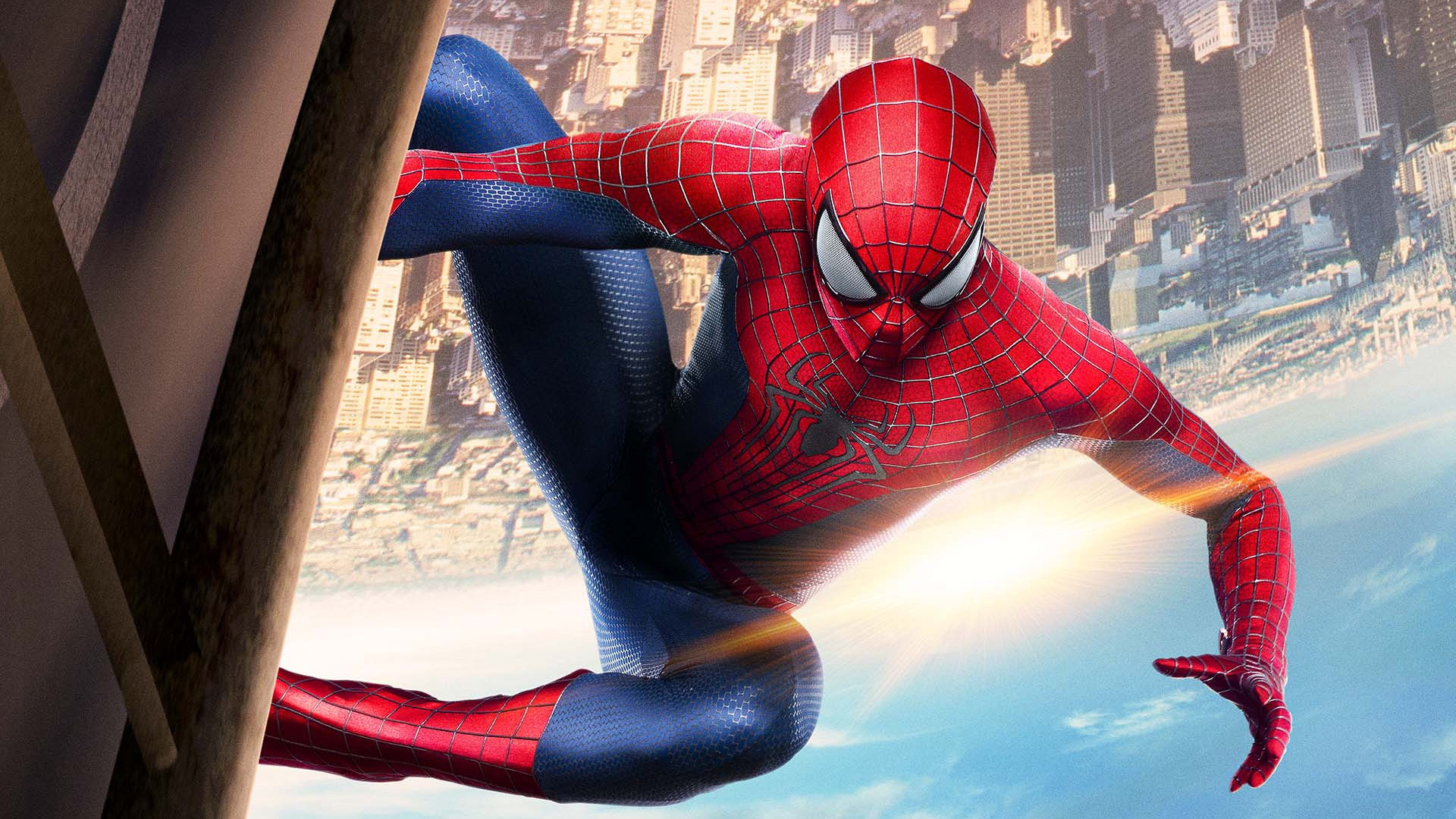 Help came in the form of companies Marvel Entertainment Group and ToyBiz, whom merged together and formed Marvel Enterprises. One of those involved in saving Marvel was ToyBiz business partner Avi Arad, whom led the comic giants tentative first true steps into the movie industry with movies like the Blade trilogy, and in the earlier noughties' Sam Raimi's Spider-Man Trilogy, and the X-Men Movies. In 2006 Arad formed his own company Arad productions, and resigned from his former positions at Marvel Studios, one of which was as a producer on many of the late 90's and early noughties Marvel movies. Yet despite this Arad continues to produce the comic book based movie franchises he helped make possible during his tenure at Marvel Studios.

So it seems surprising, though in all honesty not unexpected, that the producer recently stated his belief to the Toronto Sun that should a Sony/Marvel Studios crossover ever happen that he believes Spider-Man should be the main character.

"if we want to do that, the crossovers, it has to be a story absolutely centered on Spider-Man. We cannot be second banana to anything out there. Because this is the king. This is the one that influenced people from birth. I think there are some stories that will fit beautifully into a cross. Spider-Man would be incredible mixed up with those other universes."

Surely, having worked for Marvel Studios in a high level capacity in the past Arad must be aware that the likelihood of Spider-Man leading the Avengers in a future movie is a near-impossibility, especially considering the characters gradual decline in popularity post Sam Raimi's Spider-Man 2. It is good that Arad is open to the possibility of a multi-studio crossover, but with Marvel Studios Cinematic Universe having raked in more than all five Spider-Man movies maybe Arad should set his goals to a more plausiable expectation. 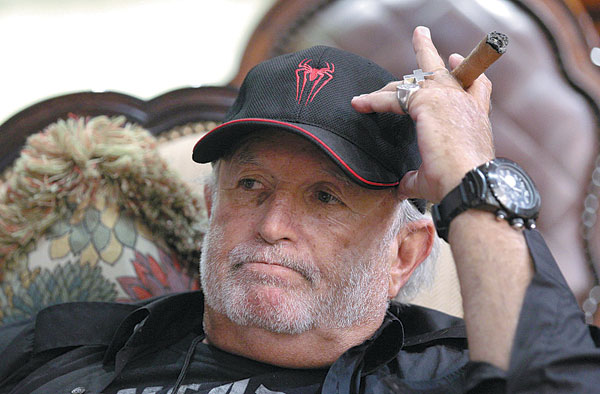 Meanwhile, with both star Andrew Garfield and director Marc Webb having stated that they will not return for a fourth Amazing Spider-Man movie, many have feared yet another reboot of the franchise. Yet, while speaking with CBR Garfield has suggested another possibility - that Sony Pictures continue the story by passing on the mantle and the responsibility of being Spider-Man to a character other than Peter Parker - namely Miles Morales.

"Miles Morales was a huge moment in this character's comic book life. And I do believe that we can do that. It's something I'm really interested in figuring out; an eloquent way of coexisting, or passing on the torch. I don't have an answer, but I think it's actually a really important move. I think it's a really beautiful and important move. I want it to feel like a circle. I want the two ends to join, somehow. I don't know what that means, yet. I don't know what that means in terms of the quantity of Spider-Man movies I do. But I know that I don't particularly want to be a 40-year-old Spider-Man. [Laughs] I do know that time is fleeting."

Having Andrew Garfield's Peter Parker hand over the responsibility of being the friendly neighbourhood wall-crawler to Miles Morales would not only allow Sony Pictures to expand the franchise beyond a trilogy, but could also allow for a more cohesive crossover with Marvel Studios, as the Miles Morales Spider-Man acquired his costume and web-shooters from non other than SHIELD, the anchor of the Marvel Cinematic Universe. Of course there are other possible Spider-Men that could also be used, the most well known being...

WHO IS MILES MORALES? 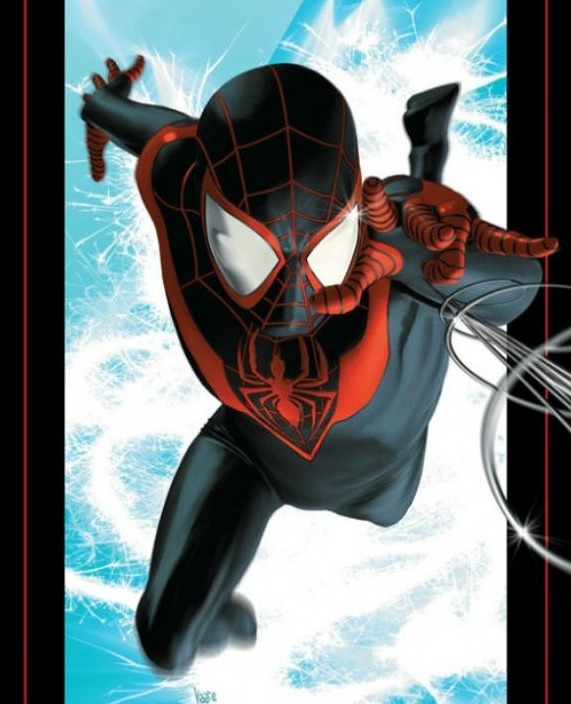 Miles Morales is a 13 year old Black-Hispanic American boy that exists in an alternate universe known as the Ultimate universe. After the Ultimate Universe Peter Parker dies Oscorp reverse engineers the Oz formula (mentioned in the Amazing Spider-Man movie) from his blood and creates spiders similar to those that granted Peter Parker his abilities. The formula and one of the spiders are soon stolen by that universes Prowler AKA Aaron Davies, whom hides the takings from the heist in his duffel bag in his apartment, days later his nephew Miles Morales visits, discovers the bag and is bitten by the spider.

Developing abilities similar to Spider-Man Morales, as well as the ability to blend in with his surroundings and shock enemies with an electric "venom" attack. Morales reluctantly takes up the mantle of the wall-crawling hero before being tracked by S.H.I.E.L.D. whom ultimately supply the youngster with his trademark black and red spider-suit and advanced web shooters.

What do you think? Should Sony give Marvel Studios the production rights for Spider-Man back to Marvel Studios? Is Miles Morales a viable alternative to being retold Spider-Mans origins yet again? Or would you rather prefer a telling of the Clone Saga story or that of Spider-Man 2099?