Despite earlier rumors, Idris Elba (Prometheus, Pacific Rim) won't be playing a Klingon if he signs on to Justin Lin's Star Trek 3. 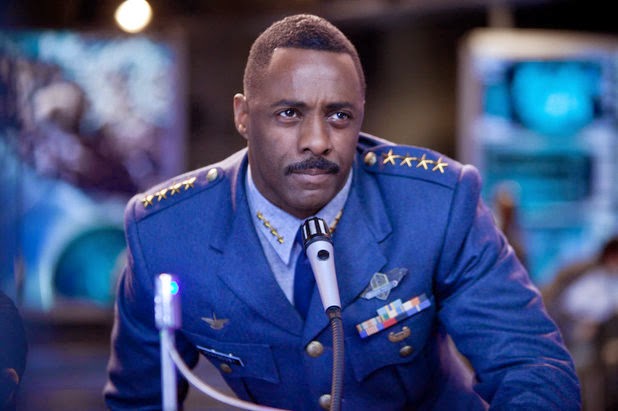 “That’s not true,” actor and co-writer Simon Pegg replied when asked about the rumor by Absolute Radio. “No, no, no. […] I heard there’s a rumor he’s been spoken to about stuff, so he may be in the film, but he won’t be a Klingon.” He laughed and added, “Or maybe he will.”

Watch the video posted below...

Despite what Pegg says, let's remember that he also swore that Benedict Cumberbatch was not playing Khan in Star Trek: Into Darkness, so take what he says above with a grain of salt and a smile.

Speculation from our friends over at TrekMovie says Elba may also be playing the role of Richard Daystrom from the 1968 “Star Trek” episode The Ultimate Computer, if he indeed signs onto the project.