Civilization is set to be time travelling and blasting off to the furthest reaches of the galaxy. Developer Firaxis has finally announced an offical release date for Civilization: Beyond Earth set to drop October 24th.
First announced at PAX East in April, Civilization: Beyond Earth breaks from its past Earth based roots by setting off for deep space exploration. Designer and programmer Anton Strenger said "I think that one of the things that space allows us to do as designers, and for the artists as well, is to get free from a historical context."

While retaining the same basic concept that has followed suit with the Civilization franchise, building a society over the course of many years; Beyond Earth will have you doing this but on a brand new planet, discovering new extra-terrestrial life and completely Alien like technology.

"This is definitely a game that takes its influences from real science and hard science fiction," said lead designers Will Miller and David McDonoug.

This is one way to boost a franchise that already has such a huge, dedicated, following.

Those that preorder the PC game will receive the Exoplanets Map Pack at launch, which features six maps that were inspired by real exoplanets, such as the Earth-like, forest-filled Kepler 186f, the arid Rigil Khantoris B and Tau Ceti d, a "planet of seas and archipelagos" that has a "wealth of resources."

Civilization: Beyond Earth for Windows PC is available for pre-order at participating retailers. The game is not yet rated by the ESRB and will be available globally for Windows PC on October 24. 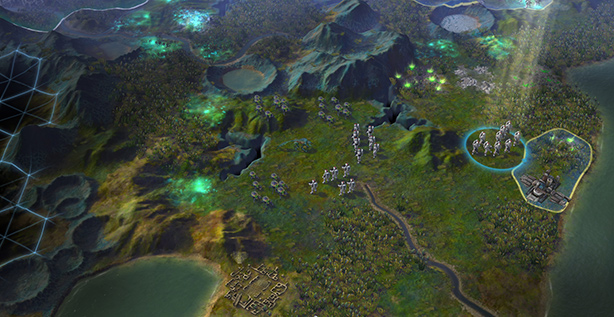