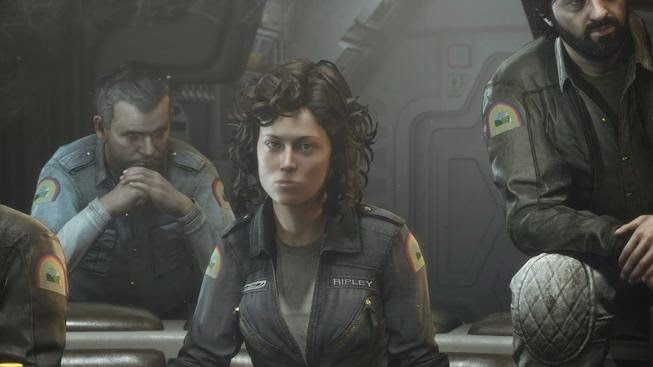 So recently I have been discussing how some studios, developers, directors and publishers etc no longer feel the need to reach out to fans. They have decided that soulless generic formulaic  products will sell, since they are targeting the masses and do not consider fans an asset. Us fans have been falling down the pecking order when it comes to target demographics. However although there is a very valid business argument that can be made about that fact, does it mean that it is right? On the one hand you have companies who see us, the fans, as $$$ for initial sales.  However they also see us as a very vocal, cynical, obtuse bunch who are apparently impossible to please?!
With that mindset most games do not really bother to put a shift in to win us over. I mean we will go out and buy it anyway due to the licence, then piss and moan non stop when our bubble has been well and truly popped by the fat gangrenous corporate dick. Yet there are millions of gamers who will buy a game and either:
Play it, hate it and move on; without feeling the need to start a blog or YouTube campaign through which to vent their frustration, and just trade it in. Or They actually buy it and enjoy it because they are...what's the politically correct way of saying? "Retarded conformist spazmaloids?"
Anyway, yeah there is a plethora of games out there that sell in mass quantity regardless of their actual quality. I don't even know what a plethora means but I am using the word anyway! It seems in the world of gaming it is actually quite easy to polish and sell shit!
However don't publishers constantly berate the used game market as the Antichrist? Well here's a plan, it's quite simple really, I know I may be just an average guy who has no understanding of the complex nature of the video games industry, so could be completely out of line with this idea. So yeah the idea is...maybe make a game we do not want to trade in after less than 24 hours so the market place wouldn't be flooded with recycled copies that you, the money men, do not get a cut of? Is that an idea that is too Soviet? Sorry!
With that out of the way I can now safely say that The Creative Assembly have no such short run motives, so far, leading their development of Alien: Isolation. From my initial views post to now I can see that they are knee deep in constructing a game that for all intents and purposes could blow gen 8 away! They have been handed an iconic franchise and unlike most are not just thinking...
"Fuck it! Alien on a bag of two day old dog shit will shift units!"
This new DLC tease sees us right there aboard the Lockmart CM-88B Bison M-Class starfreighter USCSS Nostromo! FANSERVICE!!!
This DLC announcement is not like just getting Michael Has-Biehn back to do a few lines for a game! (Sorry Michael you are an ultimate action dude, I feel dirty using that joke now, please forgive me?!) That aside for a game to reunite the original 1979 cast is a big deal!
Tom Skerritt, who I know by the way, returns as Dallas. Veronica Cartwright is back as Lambert, couldn't there only be one of those? Different movie universe so whatever! Harry Dean "seriously dude I am glad you are still alive but how?" Stanton returns as Brett, maybe you have been in cryosleep between roles? With Yaphet Kotto reprising Parker. Seriously? No John Hurt or Ian Holm? I take it all back fuck this game! Nah kidding! Now with the cast back together we as gamers get to finally experience Ellen Ripley's fight for survival first person style! With Sigourney Weaver providing the voice of RIPLEY!!!
So this "Nostromo Edition DLC" will be available to those who pre-order Alien: Isolation. However I think the lads at...sorry and lasses...at The Creative Assembly are missing a trick here and should put the DLC out pre launch and let me give them $40 for two missions! As I so freaking would!!!
The DLC will deliver multiple playing angles. After Brett gets skull mouthed you can choose to play as Ripley, Dallas or Parker. Now that is very appealing to me as I am determined that Dallas makes it out alive this time! Just like with Resident Evil, no not those ones I mean the good ones, your resources will vary depending on character selected. If all else fails and you cannot trick the Xenomorph from wandering into the airlock with a trail of Reece's Pieces then you also have the "Last Survivor" DLC, which has you take on the character of Ripley and evade the Xenomorph's clutches, while you set for the ship for self destruct and leg it to the escape shuttle!