After nearly a year since it's North American theatrical release, Attack on Titan Part 1 will be officially available in the US & Canada on DVD/Bluray this fall!

FUNimation recently unveiled its October home video slate and they intend to release the first part of director Shinji Higuchi's adaptation. Blu-ray.com pins the release date for October 4th, 2016. You can view the cover art below: 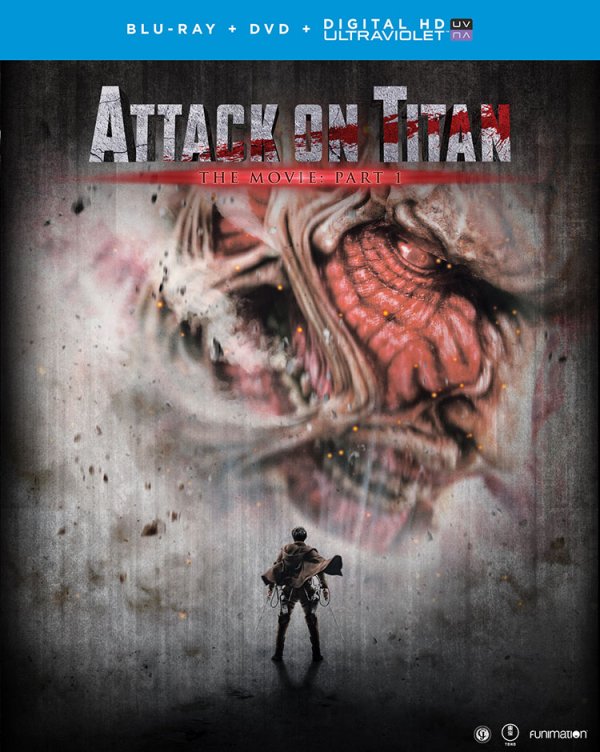 At present, the only confirmed extras are trailers. This isn't surprising since most overseas special features from Toho have been regulated to nothing beyond trailers.

Will you be picking up Attack on Titan Part 1? What were your thoughts on the film? Sound off in the comments section below!

Make sure you read our review of the first, live action Attack on Titan movie. And if you've seen it yourself, make sure you review it on Scified.

I might get it. The best part was when the Rogue Titan appeared and started violently killing every Titan in its path and then the surviving Titans slowly back away like "Nope." I still haven't seen the second one yet and I only want to so I can see the Rogue Titan fight the Armored Titan because it will be the closes thing to the actual fight that happens in the manga until season 2 of the anime comes out.

No word on the superior Part 2 yet, but I would imagine it's not too far behind the Part 1 release.

LOL! Will I be picking this up? No, I don't speak Japanese. If there's an overdub, it would probably be as bad as the old Ultra Man or Johnny Sokko shows.......no thanks.

rmeyer,
It's a North American release, so it will be subtitled. Thus, your comment makes little sense.

Gmann: Bad enough. If I have to read, I'll get a book. Not what I call optimum movie watching. From what I saw on the trailer the Japanese still don't know how to make a decent movie.

Not as good as the anime, obviously, but worth a watch ...

rmeyer,
Unsurprisingly, you would be incorrect on all counts.

Gem]n[,
This is no bootleg, this is the official FUNimation release. They struck a deal with Toho to distribute it both theatrically and to home video last year.

I tried watching this the other day and it seemed good enough but after the shaky cam started I didn't think I was gonna be able to stomach it for 3 hours, so I turned it off.