As the U.S. wraps up Thanksgiving weekend, we remember how thankful we are for the 50 year screen history of the “Super Monster” Gamera. On November 27th, 1965 director Noriaki Yuasa's beloved classic Gamera: The Giant Monster premiered in Japanese theaters. The hit spawned seven sequels, a critically acclaimed 1990s reboot and was Daiei Studios' flagship daikaiju franchise.

After Yuasa's disappointing directorial debut, If You're Happy Clap Your Hands (1964), he accepted the director's chair for a project no one at Daiei would touch. With his career seemingly on the line, Yuasa crafted a landmark film of the daikaiju sub-genre that has enjoyed a 50 year legacy.

The film would be followed by two fan favorites of the original (Showa) series, Gamera vs. Barugon and Gamera vs. Gyaos. The former was helmed by action director Shigeo Tanaka and was given far more resources than its predecessor. Daiei Studios' favorite Kojiro Hongo was forced to star in the movie despite his efforts to drop it. He would quickly come to respect the franchise and go on to star in the following two films. Despite stronger studio support, Gamera vs. Barugon wasn't as successful as its predecessor and Yuasa would return for Gamera vs. Gyaos. (Although he directed the special effects for Barugon.)

Gamera vs. Gyaos delivered the super chelonian's most well known antagonist in the franchise and intentionally got to the action much quicker. Despite the film's domestic success, Daiei had a hard time selling it and Barugon to the international market--Coupled with the decline of the kaiju boom, this lead to a significant cut in the next film's budget.

Gamera vs. Viras was likely going to be the final chapter in the Gamera series, but with AIP's (American International Pictures) sudden interest in the franchise the film would become a massive success. AIP wanted Daiei to make children the main characters and, to broaden the appeal, the studio cast young American Carl Craig. Meanwhile, Kojiro Hongo made his final appearance in the Showa series.

After Viras solidified Gamera as the “Friend of all Children”, Gamera vs. Guiron would become a fan favorite for its over-the-top attributes and wild, violent kaiju action that includes, but is not limited to, a Space Gyaos being chopped to shreds. (This scene was cut from initial American television broadcasts.) Guiron would include the same character archetypes as the successful Viras: Alien villains and child protagonists, one of which was caucasian.

As the Gamera series went on, so did the decline of Daiei Studios. Although Gamera vs. Jiger was a success, Gamera vs. Zigra would be the last Gamera film by Daiei Studios' old guard. Zigra was stressful on Yuasa and his crew because Daiei's financial status heavily disrupted the production. Shortly before the studio went under, in late 1971, a riot ensued and many valuable props were lost in the violence. Amidst the mayhem the Gamera series' props were destroyed.

After Tokuma Shotun re-opened Daiei's doors in 1974, Yuasa would return in 1980 to finish the series with Gamera: Super Monster. The finale saw Gamera fight all of his past foes, via stock footage, before sacrificing himself to end an alien threat.

Guardian of the Universe was so popular it received attention overseas and is one of the most awarded daikaiju films in the genre. Kaneko and Higuchi followed it up with the highly praised Gamera 2: The Advent of Legion and the genre transcending Gamera 3: The Revenge of Iris—The latter of which some critics have called the greatest kaiju film since the original Godzilla (1954). For many it stands as the best of modern kaiju eiga and has yet to be topped.

In 2005 Daiei, now owned by Kadokawa Pictures and rechristened as Kadokawa-Daiei, attempted to rekindle Gamera's relationship with children in Gamera the Brave. Although it was well received as a strong family film, the movie flopped at the box office--Gamera, Godzilla and kaiju eiga as a whole entered a long hibernation.

With Hollywood having revitalized interest in Japanese giants, via Pacific Rim and Godzilla (2014), Daiei announced at NYCC '15 (New York Comic Con) plans for a future Gamera project. Katsuhito Ishii's proof-of-concept trailer wowed many fans and they currently wait for word on the Friend of all Children's silver screen return. (Various guesses and rumors claim 2016 or 2017 are targets for the project's release.)

Gamera's image of a turtle has a wealth of significance to Asian mythology. In the east, the tortoise is a symbol of long life and strength. Hindu tradition claims the world is balanced atop four elephants standing on the shell of the second avatar of Vishnu--A turtle named Kurma.

The Black Tortoise, often seen enveloped with a giant serpent, is a symbol of the North and winter season. (In the original 1965 film, Gamera is awakened near the North Pole in the frigid ice.) The Black Tortoise is also one of the guardian spirits that protect Kyoto; this ties into Gamera's heroic role he's typically known for. In Gamera 3: The Revenge of Iris he's implied to be the guardian of the north and his final battle with Iris takes place in Kyoto.

Longevity and steadfast strength is an appropriate metaphor for Gamera considering he's endured 50 years of comparisons to Godzilla, financial woes from Daiei and heavy (though not entirely deserved) criticism for some of the early films. Twelve movies and 50 years later Gamera is still one of the most popular, longest running kaiju franchises in cinema.

Happy 50th to, “The Real Guardian of the Universe.” - Gamera 2: The Advent of Legion theatrical trailer. 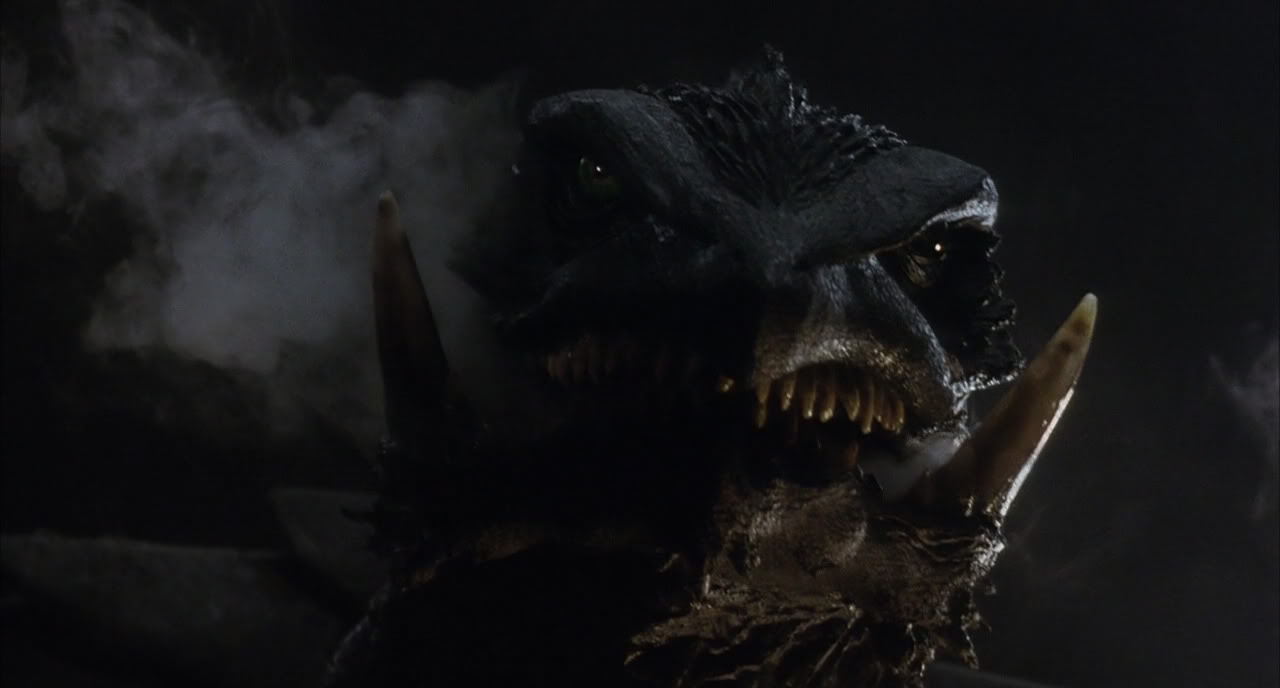 The original (Showa) Gamera series is now available to review on Scified. Let us know your opinions on the series:

And don't forget to add your thoughts on the 1990s Gamera trilogy:

Gamera: Guardian of the Universe

Gamera 2: The Advent of Legion

Gamera 3: The Awakening of Iris

Great article GMan! This would be a great day to launch a Gamera forum here as well

^ I agree. We need more Gamera hype! The Titanic Terrapin needs a forum.