NoobMember10 XPApr-24-2015 10:03 AMI just read this. There's a few things I didn't know. I've never watched the version with Scott's commentary. That's because I tried watching John Capenters commentary of The Thing. You basically got to listen to John Carpenter and Kurt Russel getting high as the movie went on. I'll probably sit down and watch the directors commentary version of Blade Runner after reading this. Here's the link to the article: [url=http://filmschoolrejects.com/features/30-things-we-learned-from-ridley-scotts-blade-runner-commentary.php]30 Things We Learned from Riddley's Commentary,Blade Runner[/url] Bonus pic. Upon request of my niece I got a photo with Yaya Han. She's a famous cosplayer and she was also very nice person to meet. [img]http://i192.photobucket.com/albums/z292/djrees_2007/P-P61-DH2-SM5_zpscl0yjqib.jpg[/img]
4 Responses to 30 Things We Learned from Ridley's Blade Runner Commentary(article) 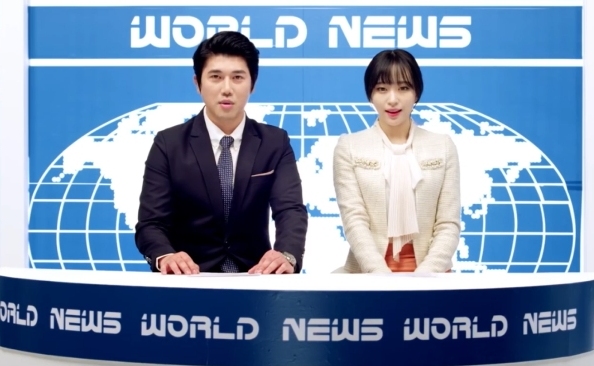 Yes, I've read many fans have stayed away from commentaries, making-of specials, books, etc. usually for the reason of having the mystic of the film preserved. Also, not to have anything disrupt their own personal connection with the material.

Although, believing that Ridley would give a poor commentary shouldn't be anything to be concerned about, ever. The one he did for BR, along with the others included are all pure platinum.

It's interesting though to know something about a fan's connection with the movie. Mine is a matter of very unusual synchronicity, and A L I E N is included. One being the cause, and the other (BR), the effect. If I ever was to write an autobiography, one chapter would be called: "How I became a Replicant, and learned to love the Beast".

And whatever Sir Ridley + King Arthur had envisioned for BR2; one can only dream of.

NoobMember0 XPMay-10-2015 3:01 PMI wish commentaries would include subtitles/closed captions because if the movie itself has subtitles/CC then the bonus stuff should include it as well. Anyways, that's awesome that you got to meet Yaya Han since shes is incredibly ****/hot in all of the cosplay outfits she has done so far. If anyone else want to see tons of cosplay pictures of her then all you gotta do is visit google.com, type in "Yaha Han" then select "Images" and viola! lol

RE: Swimming With The Pris

It looks Sean could be off-the-hook, once-n'-for-all. Although, it took BR Detectives 20+ years to break-open the packaging, and finally make an arrest. However seriously Dale, I'm pleased you had a good-time at your event. Plus, congratulations on your recent promotion to Captain.

This is something fun to point-out that likely not many would easily recognize: the appearance of the Sukajan Jacket. The woman sitting beside Deckard at the White Dragon is wearing one. She can be seen again, and seemingly trailing Deckard; just before he knocks on the Egyptian's window (at the Animal Mart).

The Howling Tiger design on the back appears to be a combination/variant of the ones pictured above, and the coat itself is a variant of the one pictured below. Perhaps when the UHD 4K Blu-ray is released; one can get a more detailed look at it. Also, this is only one example out of several Sukajan seen, on the production.

Ladies-in-Waiting
She's Simply a Doll
It Does Take Batteries

NoobMember10 XPMay-15-2015 8:26 PMThanks folks. I guess I'll have to get over my commentary phobia just because of one bad experience ;)
Add A Reply