It's been known for some time that Kino will deliver Korea's first kaiju film on Blu-ray, but until now there's been little information on the release. As it turns out Kino is attempting to do something special with what little material they have on the movie.

The release will include an audio commentary from Japanese film historian/critic Steve Ryfle. Author of Japan's Favorite Mon-Star: The Unauthorized Biography of “The Big G”, Ryfle also worked with Ed Godziszewski on the audio commentary for Classic Media's release of Gojira and Godzilla Raids Again. He's also co-writing a biography on Ishiro Honda with Godziszewski.

It also includes a “Monsters” Trailer Gallery. Hard to tell what this is exactly—Perhaps trailers for other monster films in Kino's possession, but considering the lack of material available for Yongary, stretching to do this isn't particularly a turn off.

Check out the Blu-ray art below: 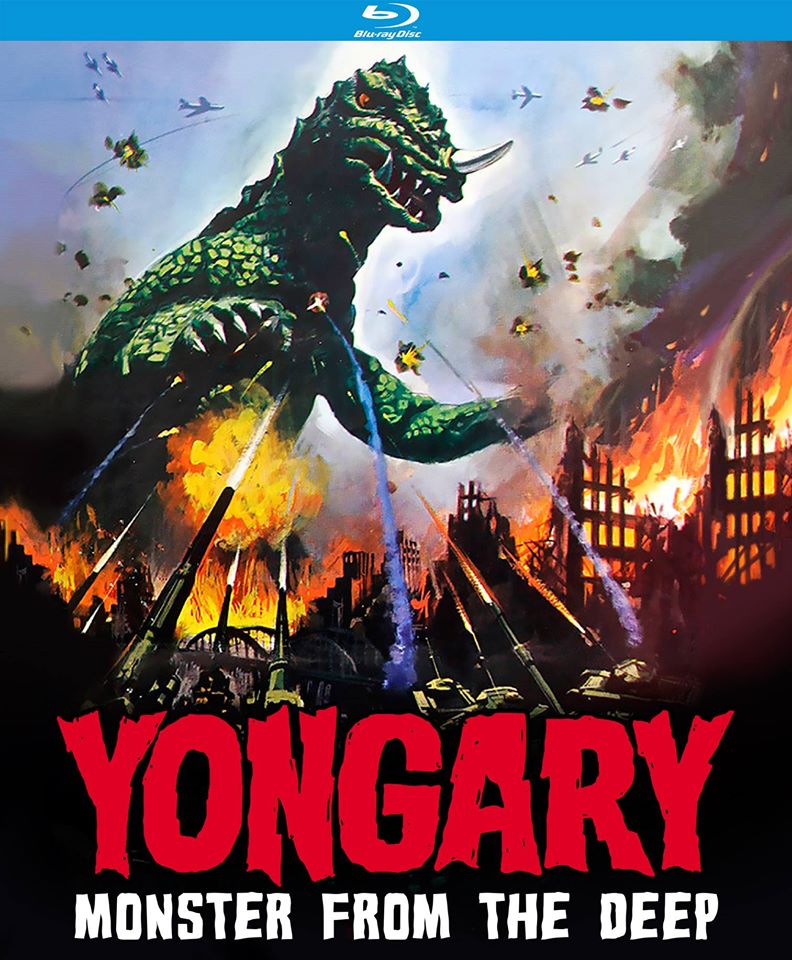 Directed by Kinm Ki-duk, Great Monster Yongary made its South Korean debut in 1967. Released to American audiences in 1968 as Yongary, Monster from the Deep, its likely only this English language version will make the Blu-ray release. Only a 48 minute fragment remains of the original Korean language version. It would make an interesting special feature though.