Tsuburaya recently unveiled a small wealth of information and images pertaining to the next Ultra iteration, Ultraman X. Premiering this July, the series will continue to focus on the spark dolls introduced in Ultraman Ginga. When monsters rise from the deep sea it's up to the Xio squad to protect the Earth. Xio member Daichi Ozora, played by franchise newcomer Kensuke Takahashi, finds the light to become Ultraman X and combat the monsters.

Check out the latest trailer here:

The new trailer is merely an introduction to the new Ultraman design similar to the way Ultraman Victory was revealed in the teaser for Ultraman Ginga S. There's very little to indicate how the series' tone or story will look and feel.

The series will be directed by Kiyotaka Taguchi who helmed episodes of Ultraman Ginga S and Neo Ultra Q. Here are images of Ultraman X and Takahashi as Daichi Ozora. 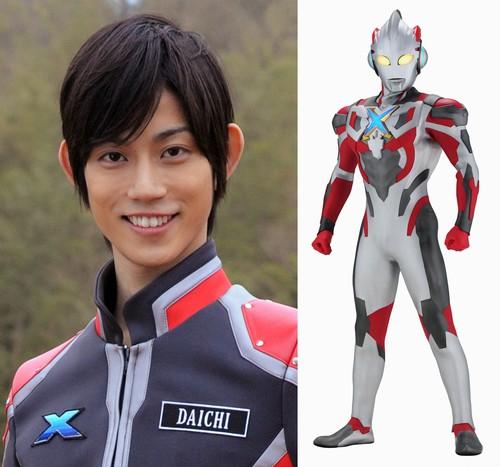 What do you think? Does having some Neo Ultra Q blood inspire confidence? Will the spark doll concept be a handicap or something that can be expanded? I'm personally split at the moment. We'll get a better idea of how the series looks in the coming months.