Tom Cruise has been appearing in sci-fi movies since 1985 so it’s hardly surprising that after 30 years he’s become pretty good at it. His latest offering, Edge of Tomorrow, is every bit as sharp as you might expect from a man who boasts three Golden Globe Awards. At the same time, Cruise’s filmography runs to almost a half century of titles - Edge of Tomorrow (see below for the trailer) brings the tally to 46. People are saying it is his most complete performance in years. 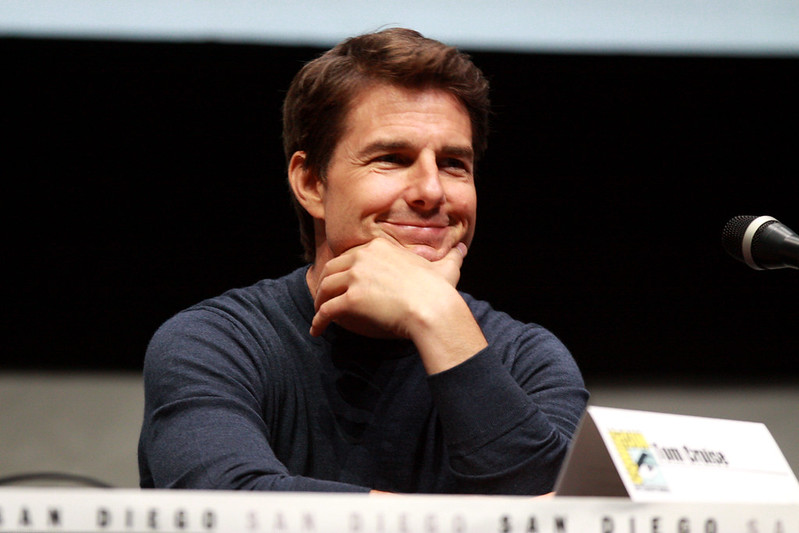 We have reached the point where we have to stop for a moment and salute the work of an actor, who just keeps on keeping on. His 47th title, Mission Impossible, Rogue Nation is out this year.

It’s tempting to say that Cruise has become something of a sci-fi specialist. Edge of Tomorrow, a futuristic play on the Groundhog Day notion that you can relive the same experience over and over, follows on from similarly space-age offerings such as Vanilla Sky (2001), Minority Report (2002) War of the Worlds (2005) and Oblivion (2013). Inevitably there are other titles that might also slip into the sci-fi category but it would be wrong to suggest that Cruise is just a sci-fi actor. The rest of his back catalogue shows all too clearly that he is an actor who is in no way restricted to a single genre.

You could just as easily argue, as some do, that he is some sort of gambling specialist. Do you remember he was in Rain Man and The Color of Money? They are two standouts in that arena, although anything involving Dustin Hoffman and Paul Newman - as these titles respectively do - can’t help but be pretty outstanding anyway. You could argue Cruise was overshadowed in these films by Hoffman and Newman. But if you did remember, you might want to test your knowledge of a few more casino movies.

But for those of us who like to see sci-fi as something special and distinct, it is worth going back to focus on Edge of Tomorrow because whilst it is hardly a classic Cruise performance. Indeed, the slightly stiff, intense and controlled Cruise of so many other productions is replaced by someone beset by frailty and uncertainty.

Edge of Tomorrow is intelligently made and although it might be easy to dismiss the whole premise as a half-baked mixture of Groundhog Day and Aliens wrapped around the play-fail-and-repeat logic of a video game (and those charges do all carry weight) the film carries an intelligent and nicely understated sense of its own irony. ‘Live Die Repeat’ is the film’s tagline. Cruise has played the self-send up card before - Magnolia riffed on the same theme - and in this respect the film has a nice line in humour to add to the action. Cruise has won rave reviews for his comic timing in the film.

Over the top of this subtle layering is a lot of high-speed, high-tech action, but Cruise handles that with his usual athletic poise. Even at 50, he is still managing to convince as an athlete as well as a dramatic performer. There is clearly something to be said for living clean and working hard.

The recurrent nature of the plot makes subtle demands on the lead role and Cruise is absolutely foot perfect throughout. He has sometimes been accused of being emotionally undercooked, but the character he plays here, a man permanently out of his depth, might have been created to expose his ‘weaknesses’ as an actor. But the thing is, he remains innately watchable, enduringly likeable, and completely convincing even when he’s scared out of his wits. When it comes to acting in sci-fi, it’s starting to look as though rather than not doing weakness, Tom Cruise simply doesn’t have one.