Pinewood Studios, situated in Buckinghamshire, England (pictured below) has had a long and prosperous relationship with Hollywood, with some of the biggest movies having been filmed, in whole or in part at the legendary Televsion and movie studio, including the likes of the Superman Movie, James Camerons Aliens, virtually all of the James Bond movies, and of course the original (middle) Star Wars trilogy. 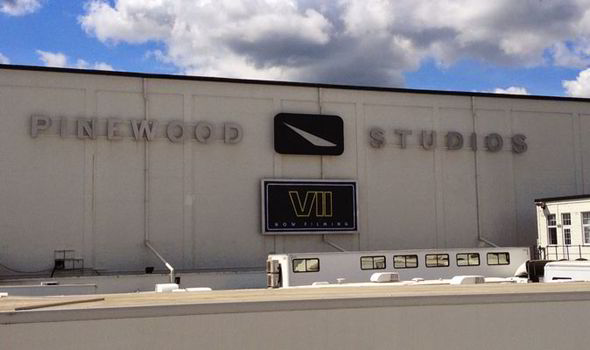 Filming of Episode VII was subtly kept secret from the outside world!?!

With filming having recently wrapped up at the studio for J J Abrams Star Wars: Episode VII – The Force Awakens,  it will probably come as no surprise of reports that Pinewood Studios Group chief executive Ivan Dunleavy, accompanied by R2-D2, announced recently that the next instalment in the epic space opera; Star Wars: Episode VIII, to be written and directed by Rian Johnson (Looper) with a release date expected in late 2017, will also be filmed at the long-running studio.

Trending Articles
Transformers: The Last Knight to delve into Optimus Primes past?
Japanese Star Shun Oguri Joins Godzilla vs. Kong
Book of Boba Fett revives the Naboo N-1 Starfighter as The Mandalorian's new Ship!
Alien: Covenant concept artist Dane Hallett tries his hand at Predator!
King Kong – From Films to Video Games, What’s Next For World’s Favorite Beast?
Kong marks his territory as Godzilla vs. Kong filming gears up!
The best bingo halls around the world
Scrapped Design Concepts for Alien: Resurrection's Newborn Xenomorph
Breaking: New Godzilla Singular Point Trailer Revealed
A Quiet Place Part 2 will explain its Alien Origins! Watch the Trailer Here!
Forums & Community
Should I leave? 1,261
The truth about my responses and my postings 267
the team's members are growing! 4,352
Is biollante going to be in GVK 2 218
DBG: Another Poll 383