Recently an exciting, and extremely cool, student daikaiju project has been making waves across the Pacific. Titled Space Monster Numagirasu, the 13:20 short is being produced as a final project by students of Tokyo Polytechnic University. Honoring the tradition of miniatures and monster suits, Space Monster Numagirasu looks like a loving homage to the era of Ishiro Honda and Eiji Tsuburaya. Take a look at these really cool behind-the-scenes images that show how hands on and detailed the filmmaking process is. 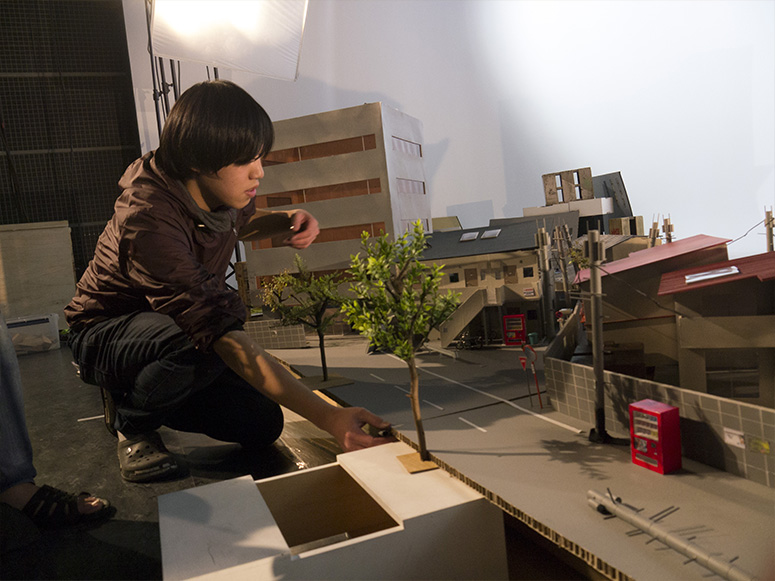 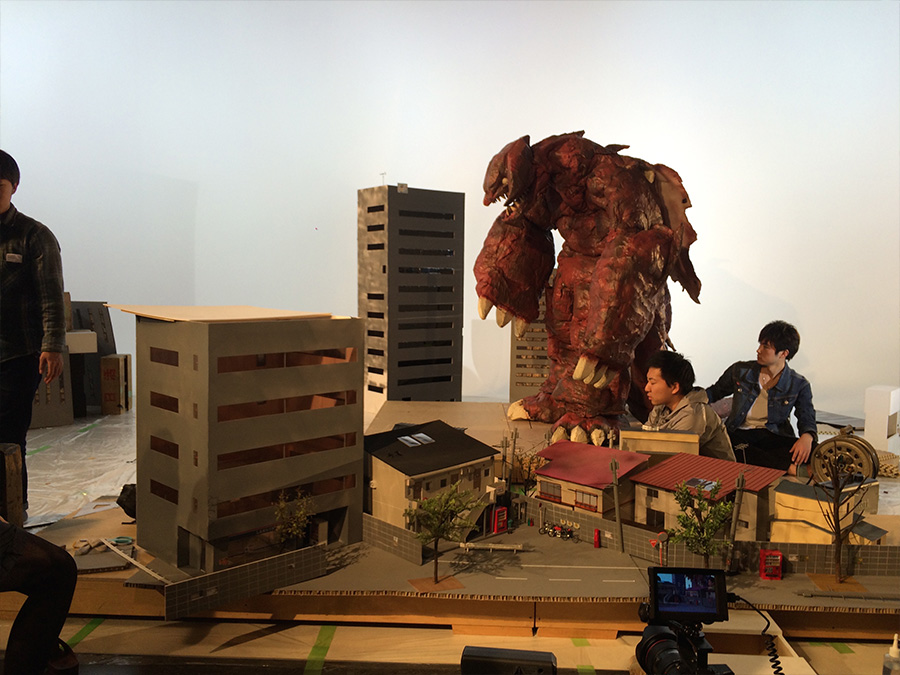 Little is known about the project's story, but the images depict a young crew hard at work using techniques and camera tricks not so far removed from that of professional tokusatsu filmmakers. Are these crew members the future of the tradition? Check out the trailer below:

I'm very excited about what I've seen here so far. While it's clearly an amature piece, it also has some wildly impressive shots and miniature work. (The debris/trinkets falling down the miniature steps is my favorite part. How great is that?) Imagine what these kids could do with some money behind them? I hope Tsuburaya and/or Toho take note.

Directed by Takayuki Hosunoma, Space Monster Numagirasu will reportedly be translated for English audiences with a North American premiere. More as it comes. Massive thanks to Undead Backbrain for making fans aware of the project.