Last weekend a press event was held by Chaiyo Studios announcing plans to release Ultraman products in the United States through the newly formed, Ultraman USA, Inc. The following series are slated for a North American Blu-ray release: Ultra Q, Ultraman, UltraSeven, The Return of Ultraman, Ultraman Ace and Ultraman Taro. In addition to the series, the films The Six Ultra Brothers vs. The Monster Army and Jumborg Ace are also planned for a home video release.

Chaiyo Studios also revealed plans to produce their own Thai Ultraman and Jumborg movies. According to Chaiyo president Sampote Saengduenchai, the Ultraman film is tentatively titled Ultraman vs. Gomora in the Japan Olympics 2020. The rough idea (which should be blatantly obvious) is that Gomora, now an alien monster, crashes on Earth and attacks Japan during the 2020 Olympics. No word on what incarnation of Ultraman is envisioned for this film.

Saengduenchai intends to use the profits from the upcoming Ultraman Blu-rays to fund the film. DKC Productions is in talks to head the film and according to Chaiyo representatives Will Smith has been approached to star. 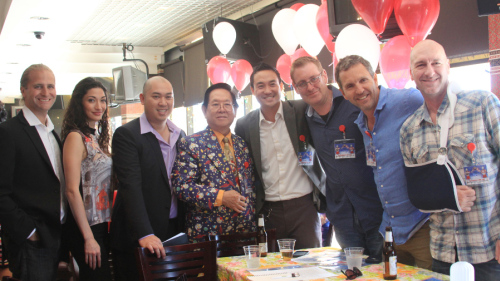 Now that I've hit the “Will Smith” portion, who here is ready for a reality check? “Ultraman USA, Inc”? The 2020 Olympics? Will Smith? Anyone notice how I've yet to mention Tsuburaya Productions? As I'm writing this article Chaiyo Studios is the “international” rights holder for Ultraman merchandise. How Chaiyo and Saengduenchai got these rights has been in dispute for almost two decades. Supposedly, they were given to Saengduenchai by Eiji Tsuburaya's late son Noboru. Tsuburaya Productions maintains that the deal's document is a forgery, but for now the courts have ruled it a binding contract.

This also isn't the first time Saengduenchai has tried to create his own Ultraman. Tsuburaya shut him down in 2008 from making his own Ultraman series-- Although he currently profits from the first six series, he does not have the rights to make his own. I'm not entirely sure how he thinks he can get away with this new project, but even with permission I find it unlikely that Ultraman vs. Gomora in the Japan Olympics 2020 will be made. 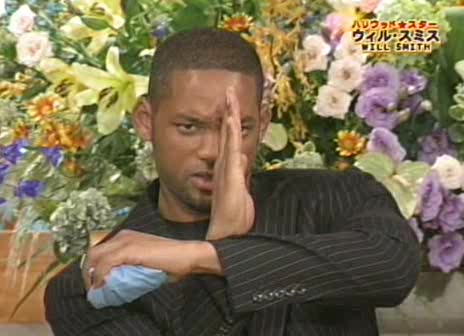 The idea that Will Smith might star in a Thai produced toku film partnered with a little known production team is a pipe dream at best. Merely funding Will Smith's paycheck with profits from Ultraman Blu-rays begs for a psychological evaluation. In North America Ultraman is a fairly unpopular franchise within a niche genre. Because these Blu-ray would be targeting that niche, I'm not confident the profits could afford Smith's dinning room chair. I don't care how big of an Ultra fan he is, he's a picky actor that likes to be paid.

Furthermore, because Tsuburaya has every reason to withhold original source materials from Chaiyo, the quality of these planned releases will likely be unworthy of Blu-ray discs. This is of course assuming these releases happen at all. Last year Saengduenchai announced a six season Ultraman boxset that's yet to bag a tenative release date.

Granted, Ultra Q, Ultraman and UltraSeven have all been released State-side on DVD, but that was distributor licensing through Chaiyo. Now Saengduenchai claims they'll do it through their Ultraman USA, Inc. Saengduenchai seems to have lofty ambitions without the funds or infrastructure to make it a reality. Does he have his clock gears together this time? 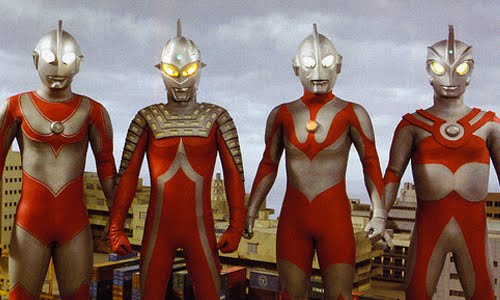 Don't get me wrong though. I hope genre fans in North America finally get to see all of these wonderful shows. I know I'd love to have them on my shelf. However, Chaiyo has a history of failing to follow through with their plans and their merchandise has always had a bootleg quality to them. I find it interesting that Saengduenchai felt the need to display the “binding” legal document at the event to show he has the rights; unfortunately fans can note the odd discrepancies in the titles for various series. (Ultraman #1: Ultra Q or Ultraman #3: Ultraman Seven) Despite how the courts have ruled the document, it still looks fishy. (To put it lightly.) It's likely Saengduenchai is blowing smoke and wafting it over the Pacific, but seeing a domestic release of The Return of Ultraman, Ace and Taro is worth risking high hopes. The desperation for North American Ultra merchandise shamefully overrides the questionable quality. Hypocrisy aside, I still believe Ultraman deserves better than Chaiyo.