Jose Padhila's remake of the seminal 1987 science fiction video nasty RoboCop wasn't exactly welcomed with open arms from fans, critics or the average moviegoer. Released in 2014 and starring Suicide Squads Joel Kinnaman in the title role the movie retold the story of Detroit police officer Alex Murphy, whom after suffering fatal wounds is resurrected by mega-corporation OCP (Omni Consumer Products) through the use of extensive cybernetics. RoboCop becomes OCP's latest success story until, driven by Murphy's morals targets the corruption within OCP.

Orion Pictures' orginal movie, directed by Paul Verhoeven was a movie layered with connotations, commentaries and insights into individualism, capitalism, and social degradation all disguised beneath the clothing of a loud and brash video nasty. Sony Pictures' remake had none of the originals depth, character and satire. RoboCop 2014 attempted to mainstream the character within a narrative that required no inflection, no thought from its audience. A no brainer action movie aimed squarely at the teenage market, the RoboCop remake proved to be little more than a pale and inferior imitation of its forebearer. 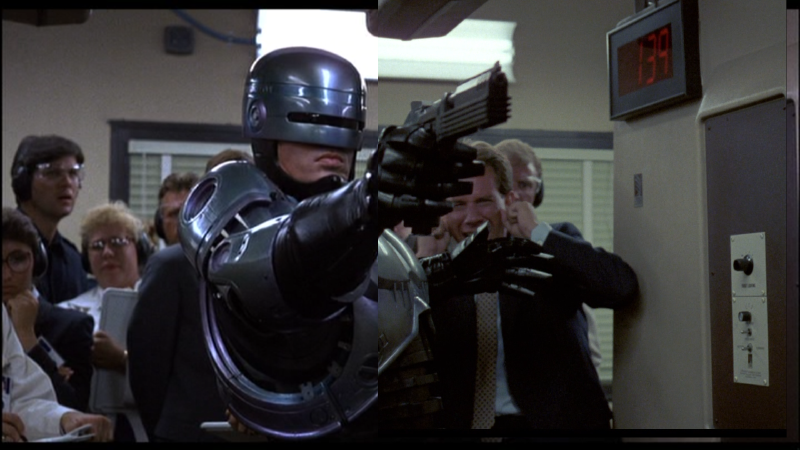 It comes as a surprise then according to a report from Den of Geek that in regards to a sequel to the 2014 movie, Sony Pictures (whom really should have learned by now)  "...hasn’t shut the project down, although it doesn’t appear to be a high priority." The report goes on to speculate that a possible sequel could feature some action in China, much like with Transformers: Age of Extinction, in recognition of the movies $50 million box office takings in the region.

In all honesty we really do wish Sony would leave the property alone - they did it no favours with last years movie, and a sequel will further exaggerate the problem. Furthermore, while we welcome that Chinese audiences are now free to enjoy Hollywood movies along with the rest of us, no other region is getting "preferential" treatment for contributing greatly to a films box office takings.

Xenotaris 51% To Next Rank
2K
Support Us
Become a Supporter / Help Keep us Online!
Latest Activity

KaijuBuildz just cast their vote on the Poll: Showa Era vs Hesei Era

KaijuBuildz just cast their vote on the Poll: Godzilla (Final Wars) vs. Godzilla (GMK) - Which suit was better?

Patzilla just cast their vote on the Poll: Godzilla (Final Wars) vs. Godzilla (GMK) - Which suit was better?

Patzilla just cast their vote on the Poll: Showa Era vs Hesei Era

RobEkman79 just cast their vote on the Poll: Godzilla 2000 or Godzilla 2001, which Godzilla suit was better?

Lonepeak just cast their vote on the Poll: Godzilla (Final Wars) vs. Godzilla (GMK) - Which suit was better?

SasquaDash just cast their vote on the Poll: Showa Era vs Hesei Era

Kattozilla replied to Hesei vs Showa

TexanGodzilla just cast their vote on the Poll: Showa Era vs Hesei Era

monsterzero9 replied to Hesei vs Showa

SarcasticGoji replied to Hesei vs Showa

monsterzero9 replied to Hesei vs Showa

monsterzero9 just cast their vote on the Poll: Showa Era vs Hesei Era

Kattozilla replied to Gamera has never looked so good!

SarcasticGoji replied to Gamera has never looked so good!

Kattozilla replied to Gamera has never looked so good!

SarcasticGoji just cast their vote on the Poll: Showa Era vs Hesei Era