Although no official announcement has been made by Tsuburaya, two sources point at a new Ultraman series in the works.

Revealed amongst legal information, Tsuburaya has claimed rights to the title Ultraman X for future use. Additionally, in a leaked toy catalog scan, an Ultraman X device is listed for pre-order. (Unfortunately, there is no picture of the new Ultra on the scan.) It claims Ultraman X will debut in July. The toy in question is the Xdevicer, the mechanism the latest Ultra warrior will use to transform.

I'm surprised the series has gone so long before using the “X” moniker for an Ultraman. UltraSeven, a character that typically doesn't have multiple variations or incarnations, used the suffix in 2007's UltraSeven X. Could this take place in that same universe? I don't find it likely, but it would be an interesting setting for a new Ultra. 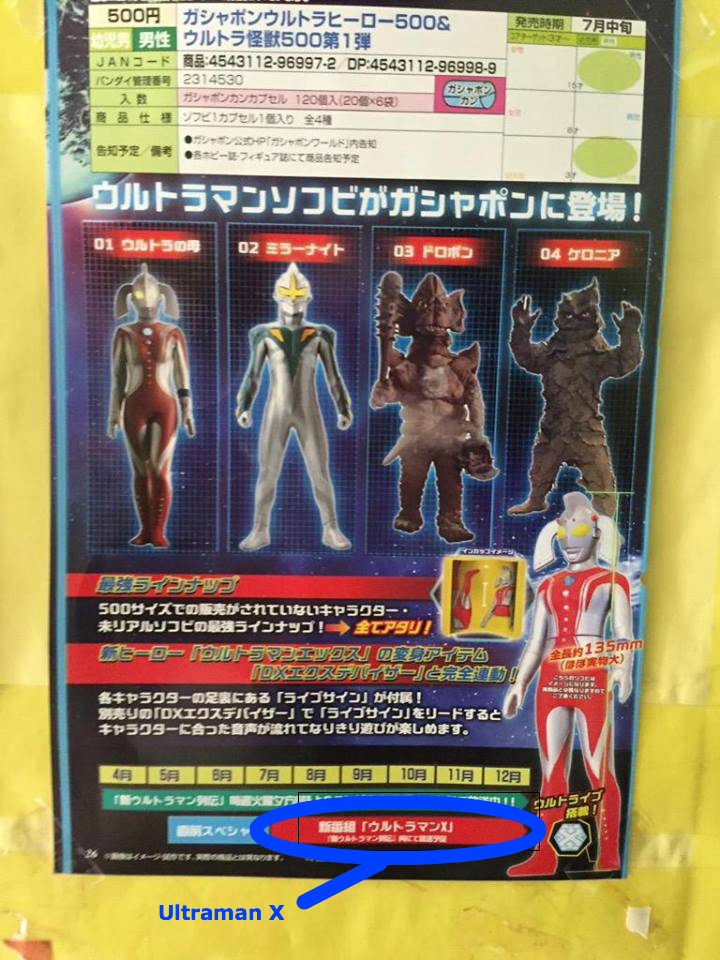 Next year will mark Ultraman's 50th anniversary. There's also the chance that this series will tie into Tsuburaya's plans for the franchise next year. Is an Ultraman X movie in the cards for 2015? Will it tie into another series? More as it comes.