News within and around Destiny has been coming thick and fast, from the official community spokesman to user based digging. I’ve decided to syphon out just a few Interesting topics that caught my eye while browsing the news outlets.

One particularly to start off was a revealing piece of Information through screen shot off of Reddit that reveals a gun named “Red Dead”. From the Image we can work out that from Information tab “each kill heals and speeds up reloads” without shadow of a doubt this is the gun that YOU NEED in Destiny. 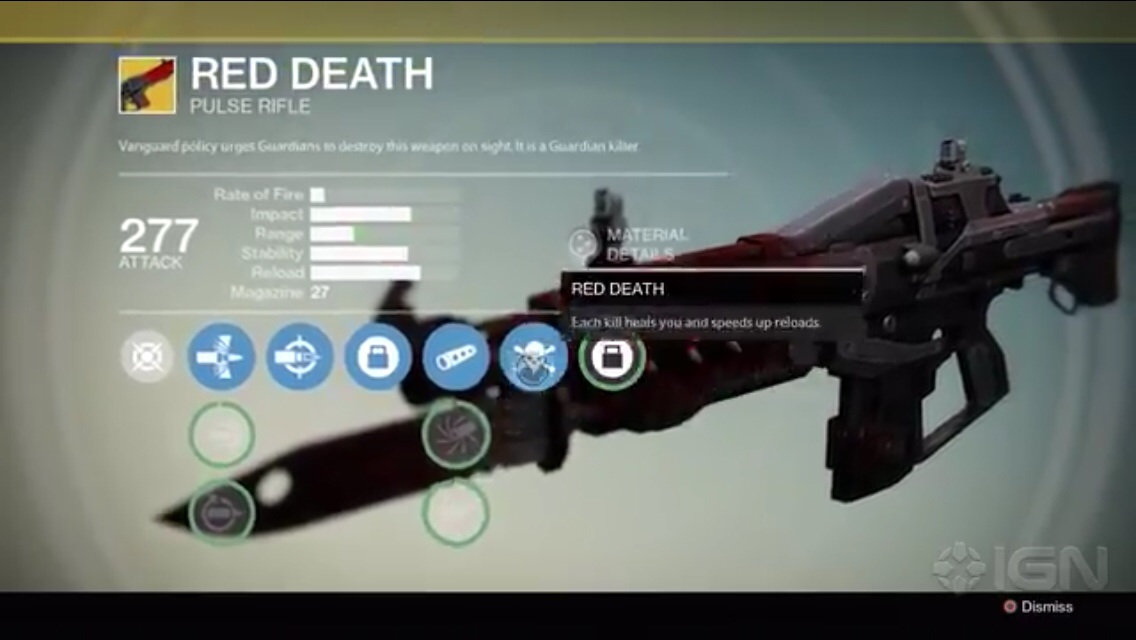 As well another screen shot, PVP game modes seem to have been revealed from the Mobile Companion App 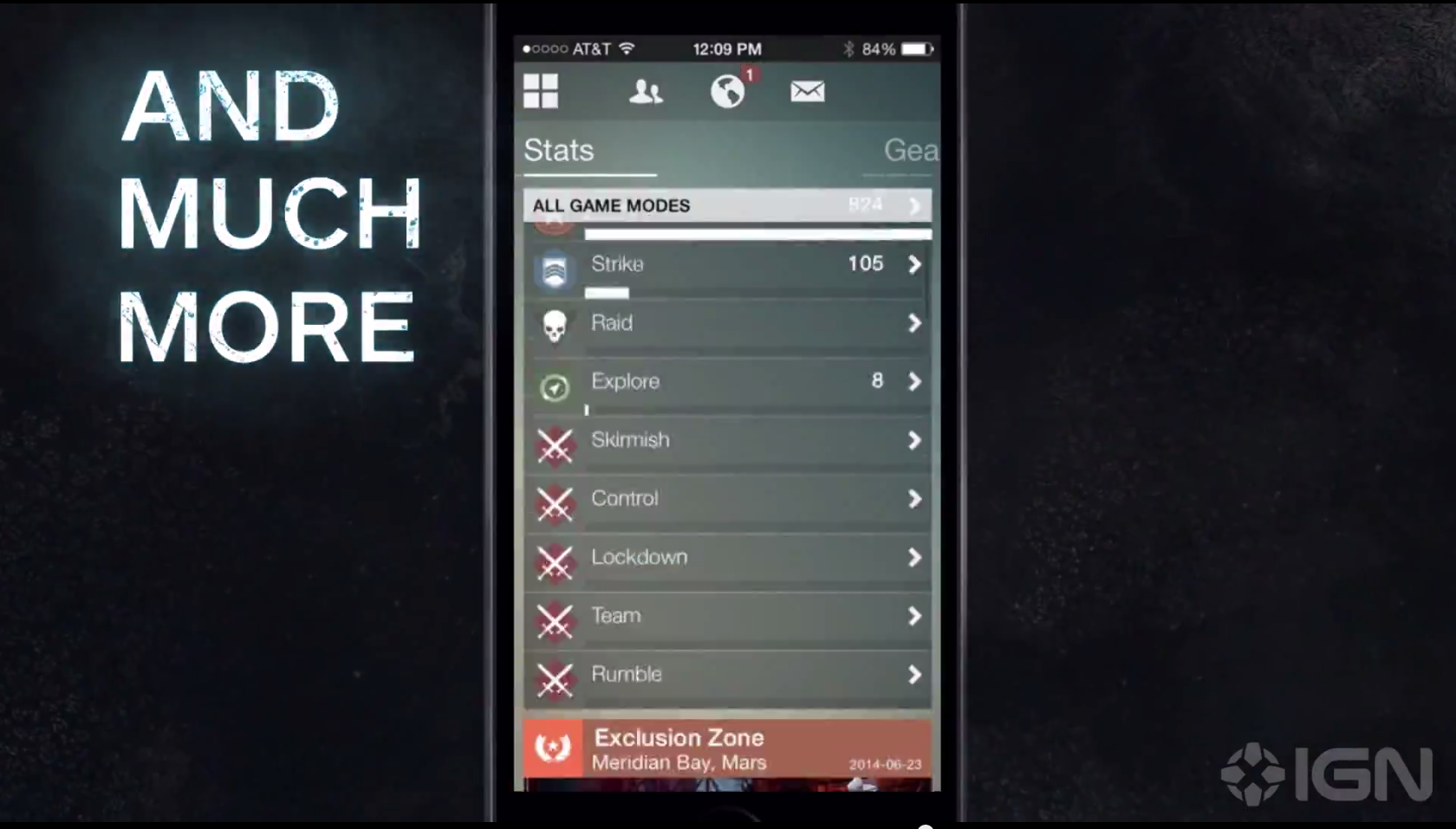 From the Q & A section of the recent blog post on Bungie.net a user named “tlspartan” asked Deej, the social community manager, were they happy with the feedback and the progress the Destiny Alpha had brought to them . Deej replied “It was a great start – a small sample of the population we will need to prove that we’re ready for launch. Finally, the game got to speak for itself. It does the best job of telling its story and proving its concepts. What we need now are for players from all four platforms to get in there and kick some ass.”  A user by the name of “F12” also had confirmed to him that your Guardian within Destiny will be aptly named by your source Gamertag. “You are your character in Destiny. In your case, your Guardian will be named F12. If you want your name to be more colorful or personal (i.e. NinjaSniper420, Titan Nick, Robert Paulson) you need to change your identity at the source. Our hope is that you have an identity in the game that’s meaningful to you, and that new friends can track you from your favorite Destiny forum to a rendezvous in orbit over your favorite destination.” Replied Deej.

In my opinion I like this Idea, although I can understand some gamers enjoy leading different alter egos within a gaming universe; It will feel personal to me…being me.

As well, some absolutely stunning and beautiful panoramic images of the game were presented within the blog.

IGN also confirmed that for their “First Game Of July” will in fact be Destiny, providing us with a month long beta coverage. With revealing their trailer they also seem to have possibly revealed that the level cap that was originally set at 20 could be creeping up with this picture snapped from the trailer holding some possible truth to the rumour. Speculation as to whether your additional light rating will aid you in raising your level is also widely spoken about (Source).