Last month Collider reported that, according to unknown sources, the title to last years summer hit Dawn of the Planet of the Apes was to be called War of the Planet of Apes. Normally following such a scoop the studio responsible or the director would have released official confirmation, possibly along with an early version of the movies title logo, yet nothing has surfaced from studio Twentieth Century Fox nor from director Matt Reebes. However the movie did have a concept poster present at the recent Licensing Expo held in Las Vegas earier this week... 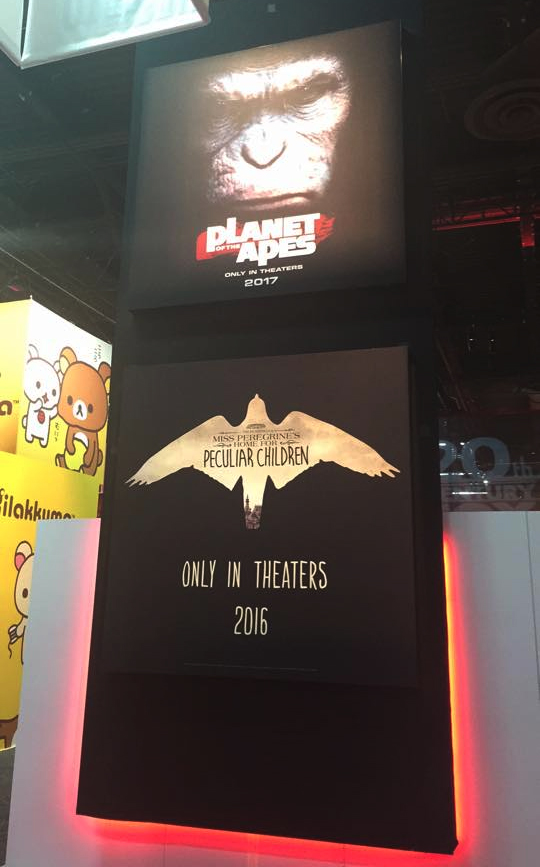 And compare it to the concept poster shown at last years licensing expo... 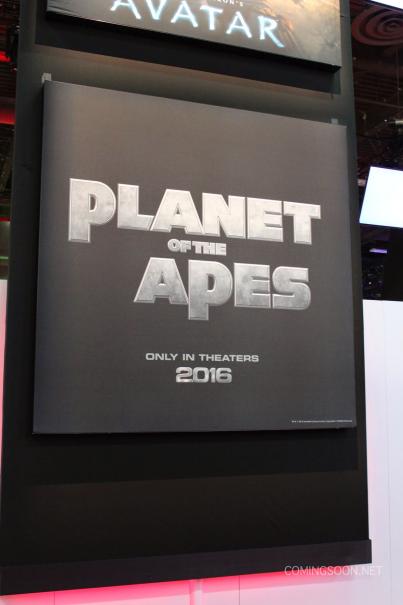 Colliders recent article did include a new recent quote from Reeves which while mentioning that scenes ommited from the end of Dawn showing the arrival of the US armed forces, there was no mention in Reeves quote of the movies 'new' title...

“We actually did have an ending that went one step further, and I realized late in the game, ‘Wait a minute. I don’t want us to be boxed in in this way. I think we should be left with a more open—knowing that we were going to figure out what the next story is—I didn’t want to in a way narrow our options.’ I wanted to open them up.

What was really most important was to leave you in that emotional space with Caesar, which is the ending of the movie that you’ve seen, and know that the future is coming, but not already be at that future. Because the moment is really about the moment that’s past. It could have been the planet of the humans and the apes, and that parting between Caesar and Malcolm is a very emotional moment to me, and I didn’t want something that distracted and became something else.

So yeah, there actually was another version of the movie, and that version never even got fully realized. We cut it late, but the effects for it weren’t realized for it either.”

So it actually looks as though, contrary to Colliders aledged sources, the name of the next Apes movie is looking more likely to be Planet of the Apes, suggesting the movie could very well be a remake of the 1968 original.

Interesting, had a feeling the source of it being called "War of the Planet of the Apes" wasn't reliable.