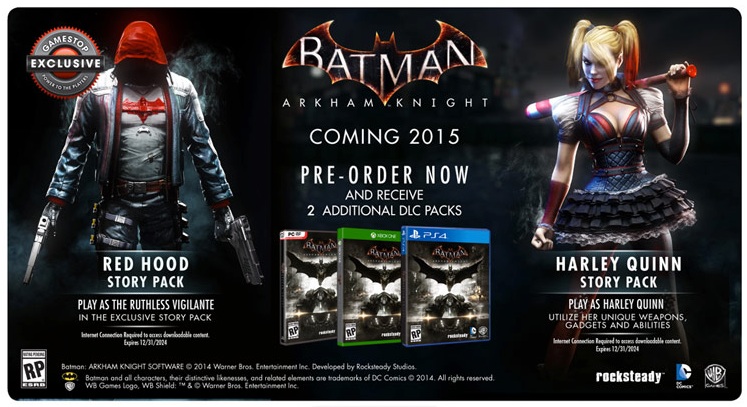 As the above picture shows, it seems as though the player will be able to play as Jason Todd's version of the Red Hood in a Story mode DLC for the forthcoming Arkham Knight. It looks like, despite the Jokers demise in Arkham City, the clown prince of chaos' influence is still being felt throughout Gotham City!