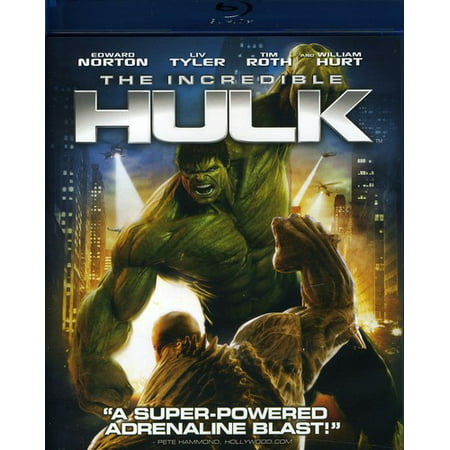 This movie is probably the most forgettable MCU movie. It would probably be higher if it had more of an impact on the MCU. Edward Norton plays the green goliath in this movie, but in his next appearance, Bruce Banner is recast as Mark Ruffalo (Yeah, Mark Ruffalo, huh?).

Worst Scene: Any scene with Norton as Banner.

Best Scene: The Hulk fighting the Abomination is a fun romp. This movie is nearly as forgettable as the MCU's only Hulk solo flick. Malekith is a great character in the comics, but here, he's reduced to a generic "I want to destroy the world" villain. The film is just so dull and boring.

Best Scene: The opening of the movie is still a fun action scene. 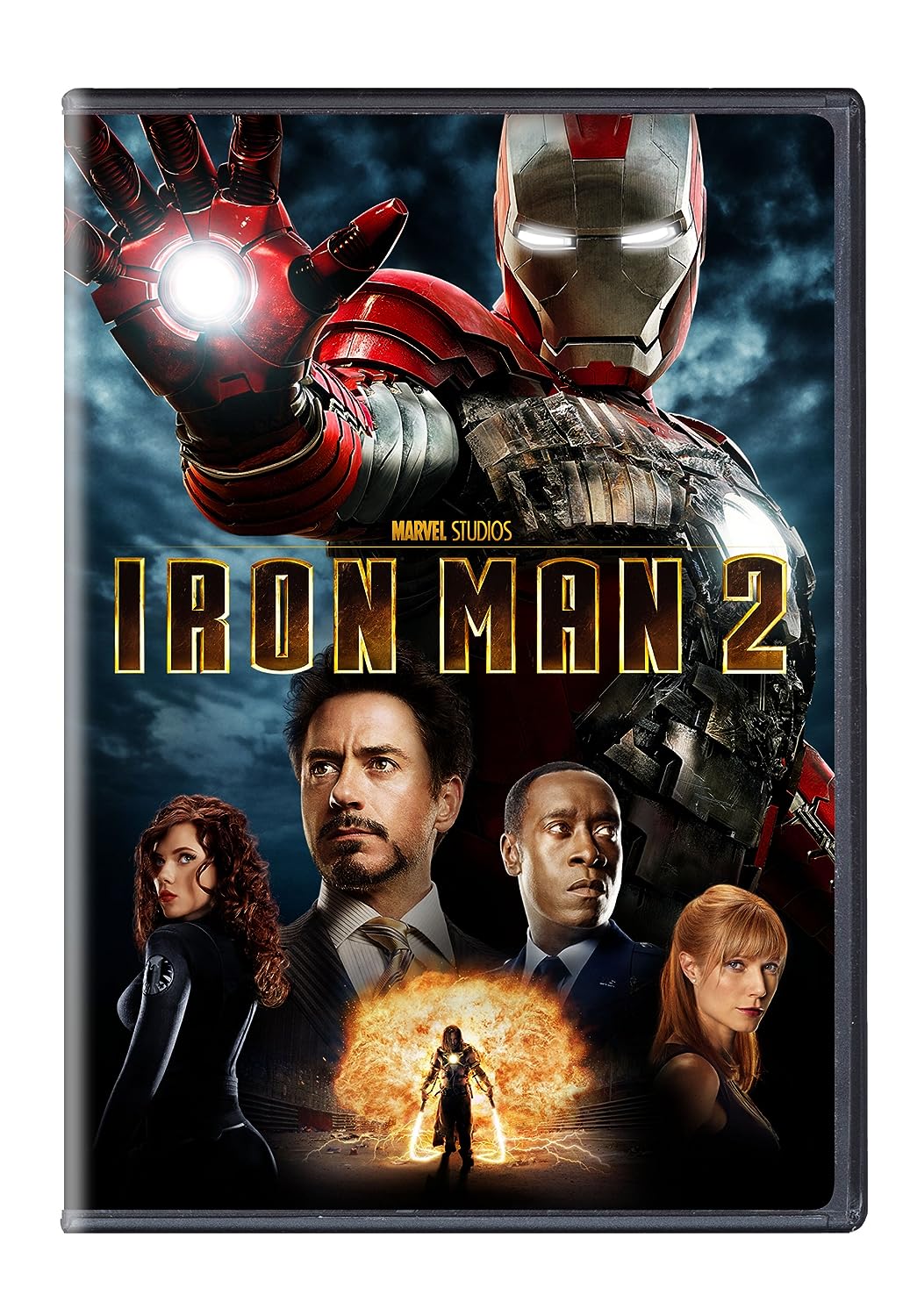 Another let down sequel. This movie's narrative is a mess, and its plot is all over the place. Its only purpose in the MCU is filler to establish Black Widow for The Avengers. Whiplash is yet another generic villain, and Scarlett Johansson doesn't have much to work with in her first appearance.

Worst Scene: As much as I love Robert Downey Jr. as Tony Stark, he acts like a pretentious douche for most of this movie.

Best Scene: Iron Man fighting Whiplash on a racetrack is simple and fun. 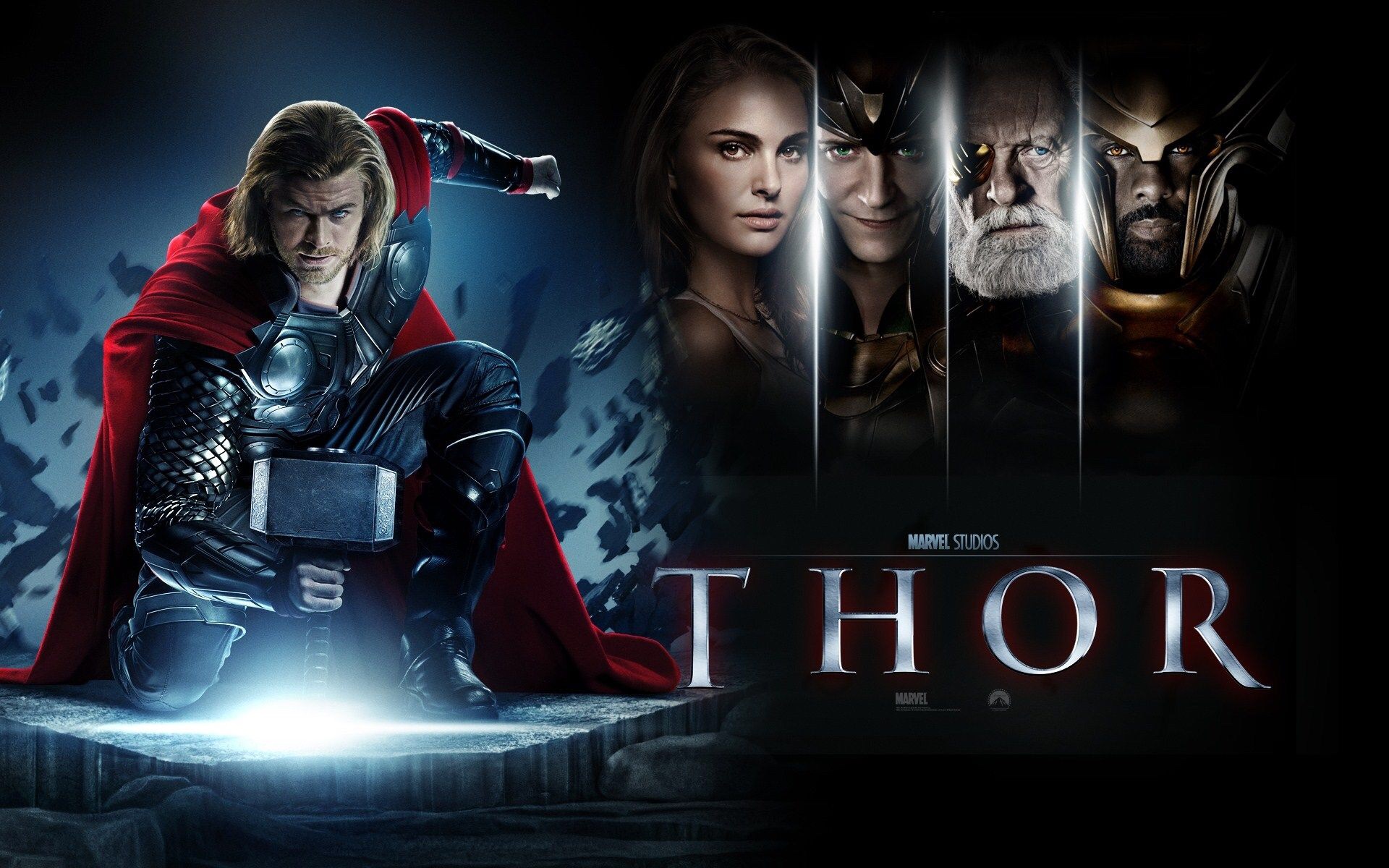 This movie is pretty bland and follows the formula created by Iron Man. Thor is established as a spoiled, douchey prick who learns humility and becomes a better person...just like Tony Stark. They should've just named the film Iron God. This movie's greatest strength is Tom Hiddleston's legendary performance as Loki.

Worst Scene: Most of the New Mexico sequences are bland and ugly to look at with such a drab-coloured backdrop.

Best Scene: Thor earns his worthiness against the Destroyer. 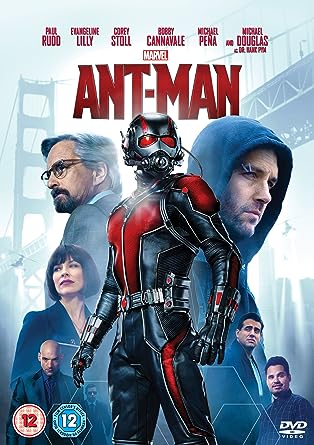 Like Thor, this movie completely rips its plot off of Iron Man. The main character is Scott Lang, a criminal who becomes a better person. He's pretty much just Iron Ant. Yellowjacket is another throw-away Marvel villain, though I love Michael Douglas, who should've been the main star as he plays Hank Pym, in this movie.

Worst Scene: Most of this movie just had me wanting it to end, especially the long conversations between Cross and Pym.

Best Scene: Thomas the Tank Engine appears in this movie.

Next up on my list is Iron Wizard. Out of all the MCU movies, this one has the closest ressemblance to Iron Man. Stephen Strange is just Tony Stark as a surgeon. Kaecilius is another garbage MCU villain. I do love the vibrant and colourful visuals of this film though.

This is probably the most controversial choice on my list. I didn't like this film. The humour was excessive (moreso than Thor: Ragnarok), the action scenes were just chaos from a Michael Bay movie, and it throws away the character development of the Guardians from the first movie. However, I do like Kurt Russel as Ego the Living Planet.

Worst Scene: The Guardians bickering after their ship crashes is just more of what we got in Guardians 1. 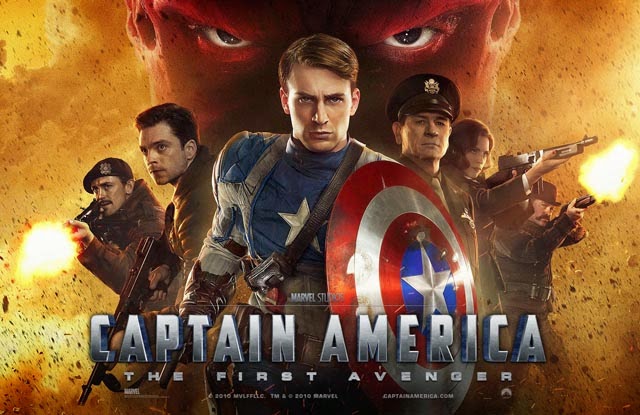 Cap's first outing has a very strong first half, although the final act is convoluted and feels like a precursor to The Avengers. However, this movie has a strong supporting cast with Sebastian Stan, Hayley Atwell, and the villain, Hugo Weaving as Red Skull. Overall, it's a pretty good flick.

Worst Scene: The Tesseract subplot is boring and makes me yawn. 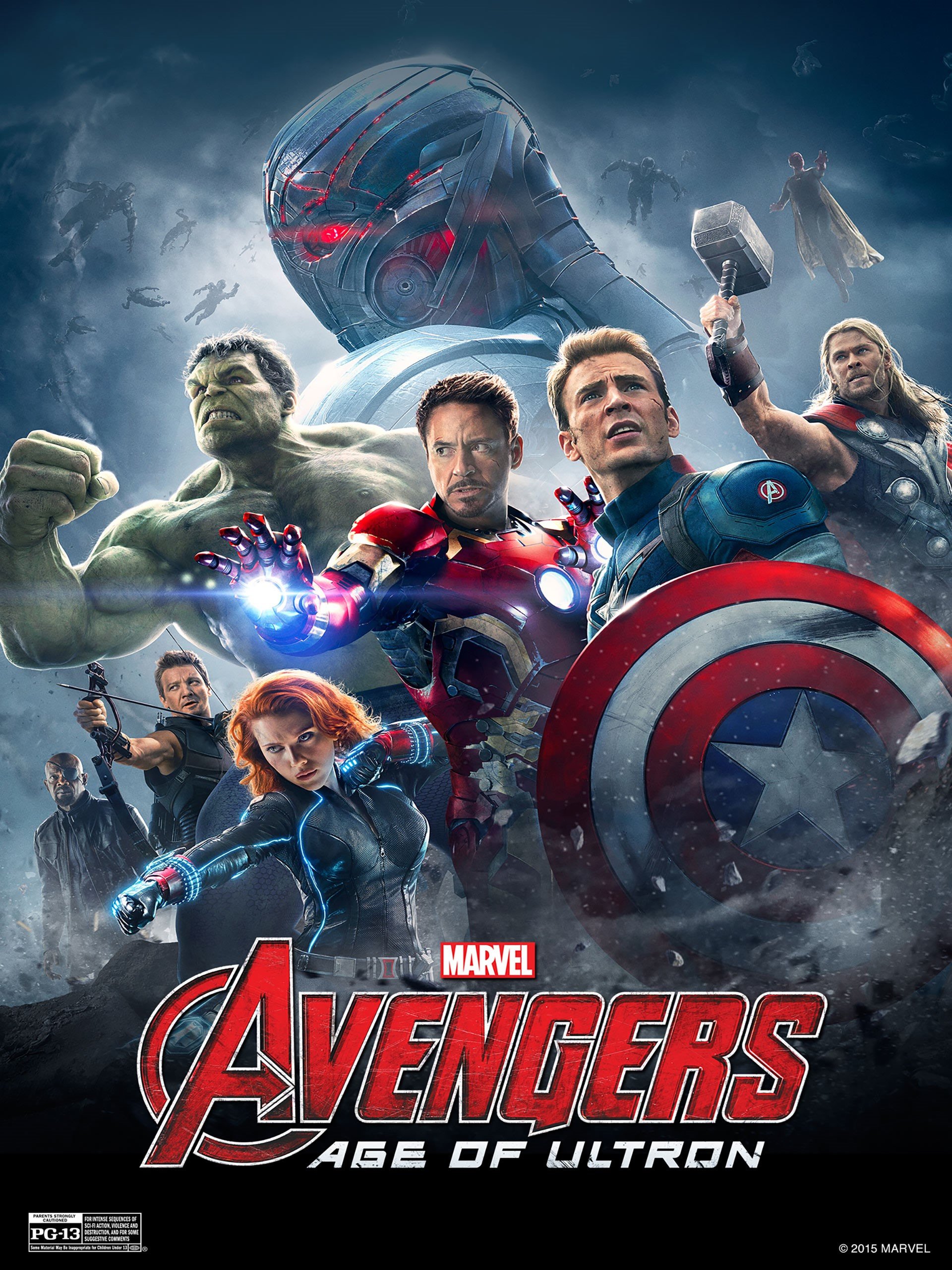 Why did I ever put this in my top five? Don't get me wrong, it is still a very enjoyable movie. It has strong character work and a fun villain in the form of James Spader as Ultron. However, the movie does set up future films.

Best Scene: The Avengers protect the core of Sokovia in a jaw-dropping single circling shot.

I used to dislike this movie, but upon rewatching it, I grew to appreciate it more. Tony Stark is out of the suit for most of the movie, allowing for strong character work. This movie gives him one of the best arcs in the MCU, but the film does waste the potential of the Mandarin as the main villain.

After The Dark World, Marvel learned from their mistakes and embraced the obscure source material the God of Thunder came from. The movie was so goofy and vibrant, and it worked out. Although Ruffalo and Hiddleston are great as Hulk and Loki respectively, this is the first time Hemsworth really shines as Thor.

Best Scene: Thor finally sees the Hulk after two years of searching for the Infinity Stones.

8. Guardians of the Galaxy 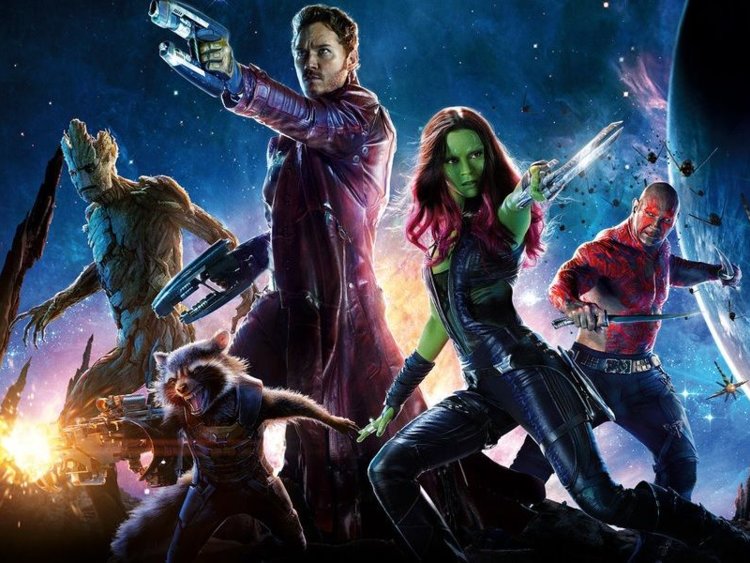 Like Ragnarok, the producers of Guardians embraced the silliness of the premise, which included a walking tree and a talking raccoon. This film knew how to use humour better than its sequel *cough cough*, while still having emotional resonance from Star-Lord and Rocket.

Worst Scene: Lee Pace is wasted as the bland and boring Ronan the Accuser, making his scenes the downfall of this movie.

Best Scene: The Guardians hold hands and become a team, sharing the power of the Orb. 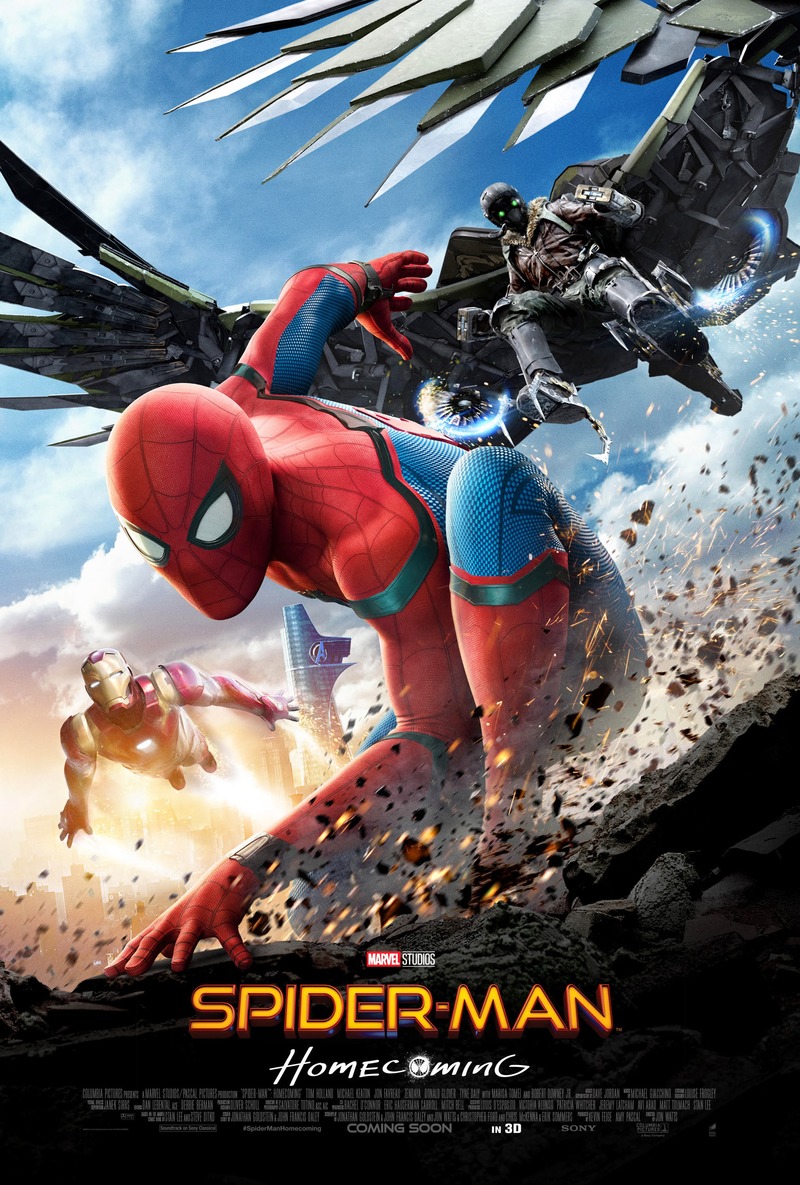 It took a while, but my all-time favourite comic book character finally came to the Marvel Cinematic Universe. They lowered the stakes, and the film is very similar to a teen comedy. Tom Holland is the best Spider-Man, and he is both relatable and funny. Jacob Batalon's Ned Leeds may even outshine him in terms of comedy. Michael Keaton absolutely kills it as the Vulture, who is both a relatable and an intimidating villain.

Worst Scene: When Toomes accidentally kills one of his employees, he brushes it off like it's nothing.

Best Scene: Spider-Man truly becomes a superhero when he lifts the rubble on top of himself. 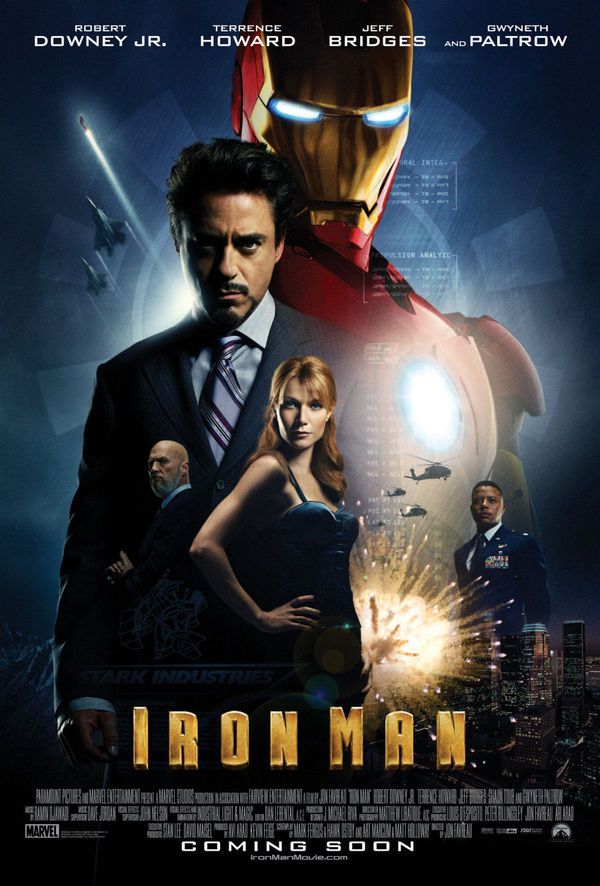 The one that started it all is still one of the best. Robert Downey Jr. is perfectly cast as Tony Stark, and this film has the best character arc; if I judged this list by character development alone, Iron Man would without a doubt top the list. Most of the film is a character study that centres around Stark building things in his lab.

Worst Scene: Stane taking Stark's Arc Reactor kind of comes out of nowhere and happens just because the plot demands for it. This is the first MCU movie I saw, and I still love it. It's a fun summer blockbuster. Joss Whedon balances the personas of Iron Man, Captain America, Thor, the recast Hulk, Black Widow, and, dare I say it, even Hawkeye. Loki isn't as good as he is in the Thor trilogy, but he is still one of the MCU's strongest villains.

Worst Scene: Some of the exposition scenes are really boring.

Best Scene: The circling money shot of the Avengers standing together in New York City.

This used to be my number one pick, but over time, more movies overtook it. Don't get me wrong; Civil War is still a highly enjoyable watch, with a more serious and political tone akin to The Winter Soldier. The Russo brothers nail the character interactions even better than Joss Whedon, and I'm glad they returned to direct Infinity War. Zemo is an underrated villain who rises above most of the MCU baddies because he actually succeeds in his plan.

Worst Scene: Some of the exposition scenes can be unnecessarily long with a lot of dialogue.

Best Scene: As much as I love the light-hearted airport battle, I have to give it to the emotionally-charged final fight between Steve, Tony, and Bucky.

As if you couldn't already tell, Captain America has the best MCU trilogy, with The Winter Soldier being the cream of the crop. It rises above the second movie curse and takes Steve Rogers out of his 1940s setting. He is now in a cynical, modern-day Washington D.C. that puts his unflinching moral code to the test. The haunting assassin the Winter Soldier is thrown into the mix, and this is one of the best-executed movies. It also has the biggest plot twist: that HYDRA is growing inside SHIELD like a parasite.

Worst Scene: Some of the hand-to-hand fights can have quick cuts that make it hard to see what's happening.

Best Scene: Steve telling Bucky "I'm with you till the end of the line" is a sign of their unbreakable friendship. My runner-up is the cultural revolution. Black Panther immersed me in the world, story, and culture of Wakanda. It has a fantastic roster of characters, from Chadwick Boseman's T'Challa to Shuri to Okoye. But the real stand-out is Erik Killmonger, who is the main driving force of the story. He forces T'Challa to develop and is easily my favourite character in the film. Killmonger quickly became my favourite MCU villain, though his reign was short-lived...

It topped my list already. The culmination of the entire Marvel Cinematic Universe exceeded my every expectation. Joe and Anthony Russo once again helm the film, juggling a massive all-star cast. Even with so many well-developed characters, they still managed to make one stand out: Josh Brolin's Thanos. He usurped Killmonger's throne as the best Marvel villain. Thanos rises above all other MCU baddies because he actually emerges victorious. Every character has a moment to shine, and with so many action scenes, Infinity War still manages to find emotional resonance. Zoe Saldana's performance in this movie, combined with Gamora's connection to Thanos, actually made me care for the character like I never had before. With so many feats accomplished, I think Avengers: Infinity War is worthy of the number one spot.

Worst Scene: I was disappointed to find out I'd have to wait over a year to find out what happens next.

Best Scene: The concurrently-occurring Attack on Titan (no pun intended) and Battle of Wakanda make the airport battle of Captain America: Civil War look like a playground skirmish.

Infinity War was simply amazing. Best movie of the year so far.

Agree with this listing although my top three are Infinity War, Black Panther, Homecoming.