Following up with my review of Thanos: Ultimate Battle, the next-best Infinity War Lego set is 76108 Sanctum Sanctorum Showdown.

The set has 4 normal Minifigures and 1 Big Fig. Like in Thanos: Ultimate Battle, Iron Man is great, although he doesn't have the giant wings. Spider-Man wears the fantastic Iron Spider suit. However, the arms are a bit bulky based on the leaked image from a few days ago, and the legs are only printed dark-blue on the front. Doctor Strange is great with that new hair piece, although I don't really care about his character. Then there are the two villains. Ebony Maw is very similar to Voldemort and looks great. Cull Obsidian is a great Big Fig, although I think he should look more reptilian like in concept art. 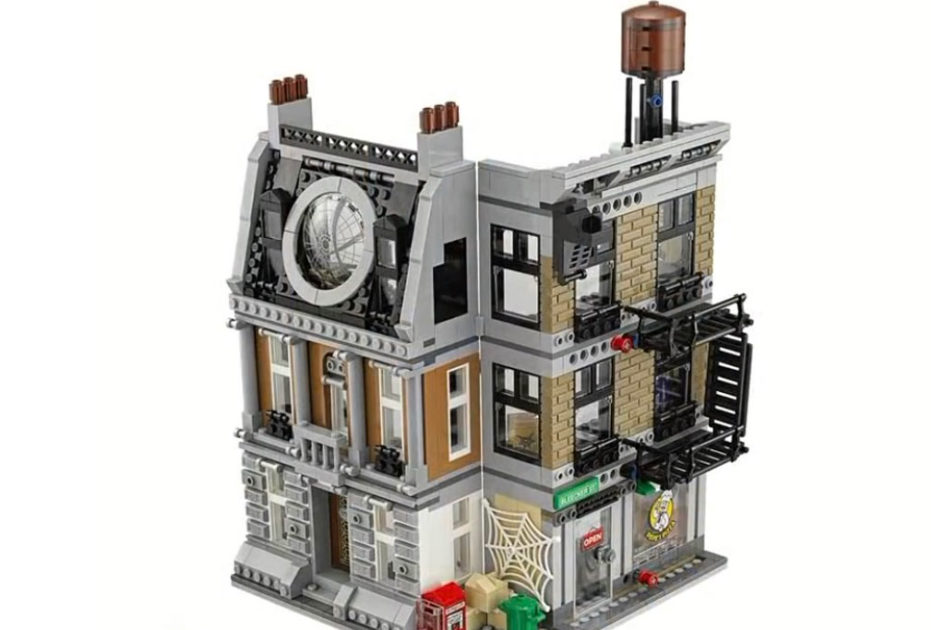 The main build of this set is this fantastic street corner that contains both the Sanctum Sanctorum and Peter Parker's apartment building. The window on the side of the Sanctum can be removed by turning a knob inside the building to reveal the Time Stone. Most of the play features come from the other side of the building, however. On the top, there is a little stand for Spider-Man, and you can attach a string-like web to his hand. Behind the stand is a lever, which you can push to make it look like he's swinging, although it's not as smooth as it would appear in a movie.

There is also a trap door inside his apartment, which is similar to how he stored his suit in Captain America: Civil War. The top floor of the apartment also has a collapsible window, and on the bottom, there is a pizza restaurant, with, you guessed it, another collapsible window. It reminds me a lot of the shwarma scene from The Avengers. Between the buildings is a detachable street corner with a Daredevil easter egg. You can customise this set to match your taste, by either closing it up to have one solid structure, making it look like a street corner, or having the Sanctum and apartment right next to each-other.

Iron Spider is great except the legs

So many play features

Pretty cool set. I won't be getting it though.