After this springs Batman v Superman: Dawn of Justice only managed to attain a mixed reception from fans and critics, and with production in full swing for Wonder Woman, Warner Bros and DC Comics are keen to press forward on their planned DCEU. Recent news confirmed that J. K. Simmons has already been cast as Commissioner James Gordon adding to the universes support characters. Reportedly the Terminator: Genisys star will be joined by legendary Hollywood star and former Spider-Man co-star Willem Dafoe, in an as-of-yet undisclosed role.

It is a shame that Zack Snyder and co. have used Jared Leto to portray a Marilyn Manson styled Joker, because if any actor was born to play the clown prince of crime, then Dafoe is that actor. What's more, Dafoe playing a maniacal version of the Joker opposite Ben Affleck's brutal Batman would have cinema gold as shown below... 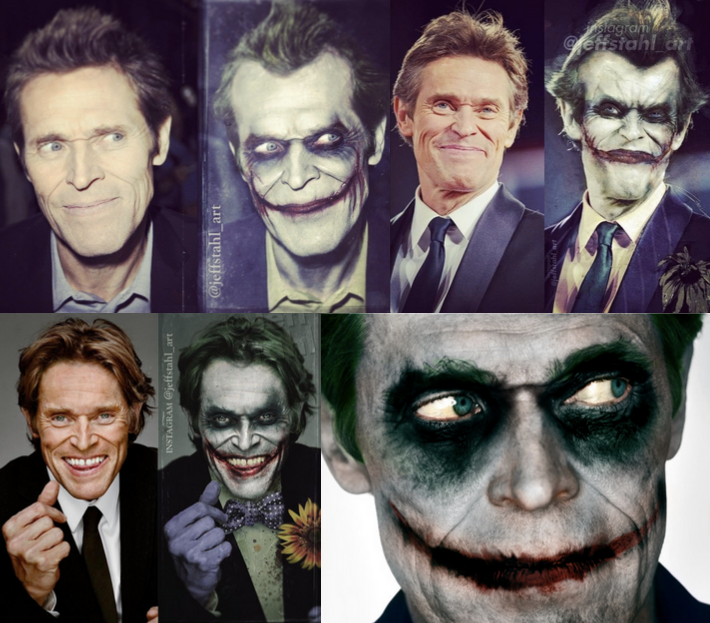 HOLY CRAP...BATMAN... WHAT IF .. YOU DON'T THINK ?? He could be the original joker.. and the one we see in suicide squad is Jason Todd ? wouldn't that be epic if it were true ?