After an eternity in development hell the merc with a mouth is finally going to return to the big screen with big news being reported that a Deadpool movie will hit cinemas February 12th 2016, with Tim Miller directing and Ryan Reynolds to return in the title role. Ryan Reynolds is not yet signed on for the role, but his recent comments regarding the leaked footage last month (below) shows he is still eager to play the role again.

"The movie has been in a state of limbo for a while. There was such an overpowering reaction to the footage, you sort of feel like, 'Oh, so we weren't crazy for our reasons for loving this character, for loving this role.' It's interesting to see the power of the Internet. It's awe-inspiring, actually. And it's neat that Twitter and Facebook and Instagram can move mountains when used in the right way."

This overwhelming response to the test footage from fans seems to have persuaded the executives at Fox that a Deadpool movie does indeed have an audience.

Been looking forward to this one for a long time. This is the best news I've seen so far. Really excited for this.

Ryan Reynolds better be playing the lead or I will be so dissaponted.

Well, This is great.

Marvel's not really one for Poor CG, So...

Is that Actually Reynolds, Or is all of Deadpool going to be CG in this?

Ths is what I danced to when I heard this news.

Yes Yes Yes! The Merc with a Mouth is hitting the silver screen! I can't wait! 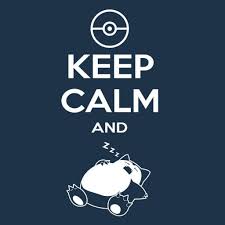 My girlfriend is absolutely crazy about Deadpool. So guess whos gonna take her to see it when its out.