Yesterday we featured three photos caught on location in Detroit, Michigan of the new Batmobie from director Zack Snyder's Batman v Superman: Dawn of Justice. While the three pictures together gave us a good overall view of the Caped Crusaders new ride, none of those images really showcased the vehicle. In response to the inevitably leaked pictures Snyder has officially released a nicely framed, high resolution (5000 x 3337) image of the new Batmobile via Twitter... 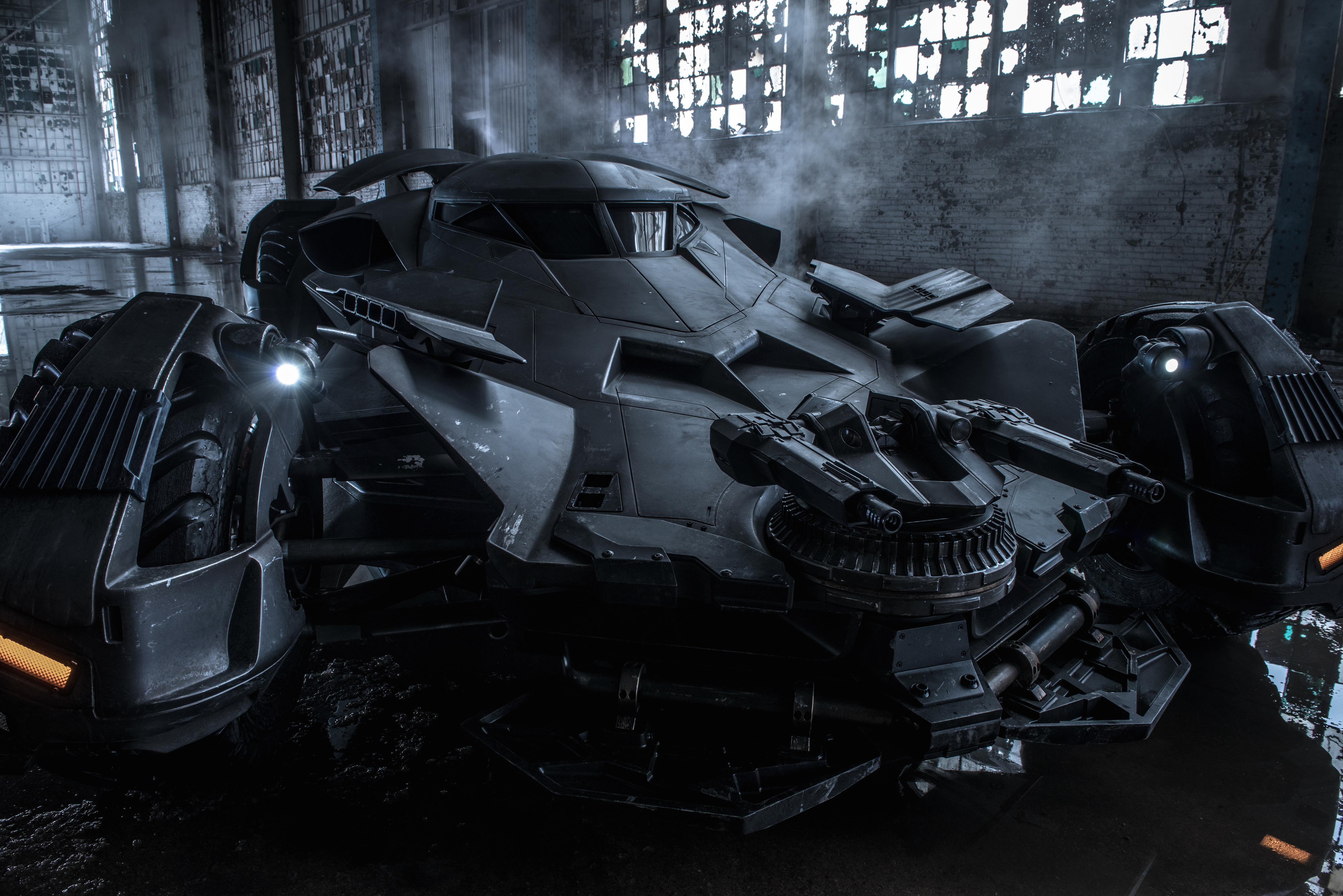 If batman doesn't kill people, why are there guns on his car? Who's idea was this?