Since director Zack Snyder first tweeted the picture of Ben Affleck dressed in the new Batsuit stood next to the new Batmobile a lot of naysayers were silenced, but with the release of the monochromatic photograph a lot of fans speculated as to the color pallete of the new batsuit. One of the more popular mock ups of that image manipulated by fans re-colored the cape, cowl, gauntlets and boots in 60's style blue.

Now, courtesy of a display photographed on the preview night for this years Comic Con, the speculation for the most part is over, the cape and cowl has now been revealed, uninspiringly, to be black, bringing the whole batsuit inline with the batsuit seen in the epic comic story The Dark Knight Returns, which coincidentially also featured an aging Batman, recalled from retirement back into the life of crimefighting. 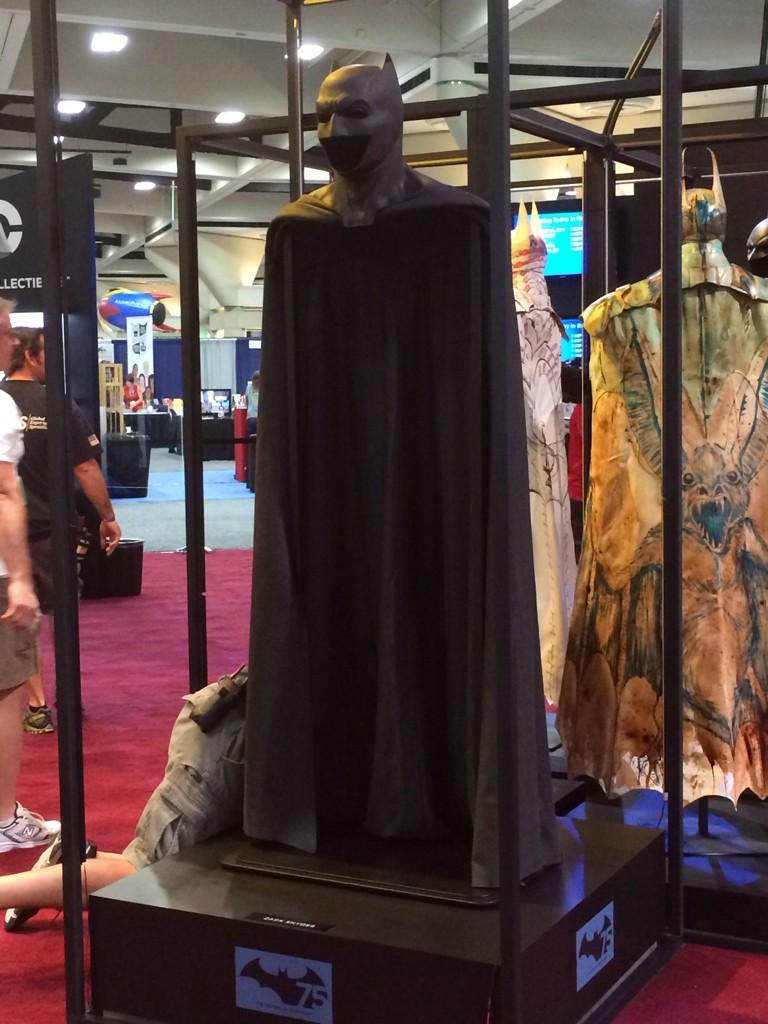