Back in April of last year we announced an early Kickstarter campaign for a personal film project titled R'ha. Created and conceptualized by Kaleb Lechowski, a German film enthusiast who had released a proof of concept short in 2013, R'ha involved an extraterrestrial humanoid species and their struggle against their own, self-created mechanized army. Following the successful reaction R'ha received online, Kaleb and voice actor Dave Masterson set out to pursue a feature-length version of the Alien vs. Machine concept. At the time of our original posting, the Kickstarter campaign had already gained nearly $24,000.00 by over 500 backers - half of the required $46,000.00 goal the project was aiming for. Today, Kaleb shared an update on the state of R'ha and although it looks like the feature length version of the film is still a ways off, he assures us that progress is steadily being made! 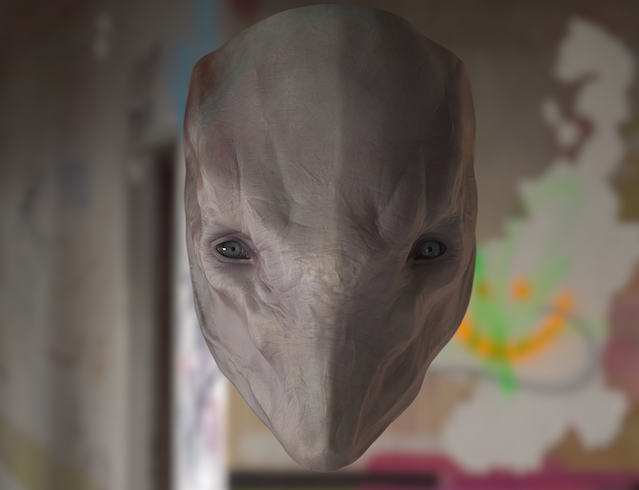 After being approached by studios Twentieth Century Fox, Warner Brothers and Paramount Pictures, he decided not to relinquish the script for R'ha without monetary compensation - a risk of losing his concept. In turn, he has explained that the $46,000.00 already raised for the project has gone towards another 10 minute short film, the 90+ minute feature length project will require a much steeper budget. Kaleb has taken on most of the responsibilities surrounding this film, personally to help save money. Now, although this new short film will apparently be complete by Fall, 2017, Kaleb will not be able to release it publicly until he has prepared a presentation for financiers of the film.

The end goal is to bring R'ha to the big screen, not just YouTube. Lechowski possesses a concept many sci-fi fanatics and studio executives are eager to learn more about, so we can't blame him for taking the cautious route and planning his release strategy effectively to make the most out of R'ha.

We hope work continues to progress smoothly for Kaleb and those involved with R'ha and we also hope that within the year, R'ha will catch the attention of crucial financiers who can help take the project to the heights Kaleb envisions. As major sci-fi film fanatics here at Scified, we would love to see this film become a reality.

You can watch the original 2013 short film below, which has currently earned almost 2 million views!

For others looking forward to R'ha, we encourage you to like their Facebook page and of course, keep an eye on Scified for more updates!

Its really nice to see a short student project film progressing into a feature lenght film.Its great to see imaginations and ideas that look more original from independent film makers,where other big film companies are just running out of ideas so they keep making unnecessary remakes,reboots and sequels.

Looking forward to this.