Ever since news leaked last year the Sony planned to revitalize the Men in Black franchise, details have been difficult to come by. However, Sony announced during it's presentation at Cinemacon not only the title of the movie, but a logo as well.  View the title and the logo below! 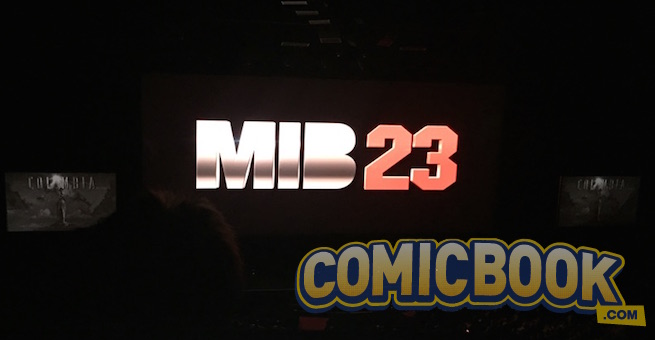 This new image solidifies that Sony plans for the MIB/23 Jump street crossover to continue. The logo does a great job of capturing the very different feel of both of the franchises. So far, it has not been confirmed whether any remaining cast members will return. Will Smith and Tommy Lee Jones will not return.

Still, this does provide some possible avenues for the movie. The protagonists from 23 jump street could still conceivably be recruited as new agents, which is a plausible plot line. What do you think of the logo? Comment below!