Gorgosaurus are large carnivorous dinosaurs that hunt Centrosaurus, Most Gorgosaurus tend to be aggressive with similar sized carnivores. Despite being large, Gorgosaurus seems to be a bit docile towards baby dinosaurs. Gorgosaurus have navy blue stripes and they are dark gray. Like all tyrannosauroids Gorgosaurus have strong jaws. They are also quite fast for a Tyrannosaur. 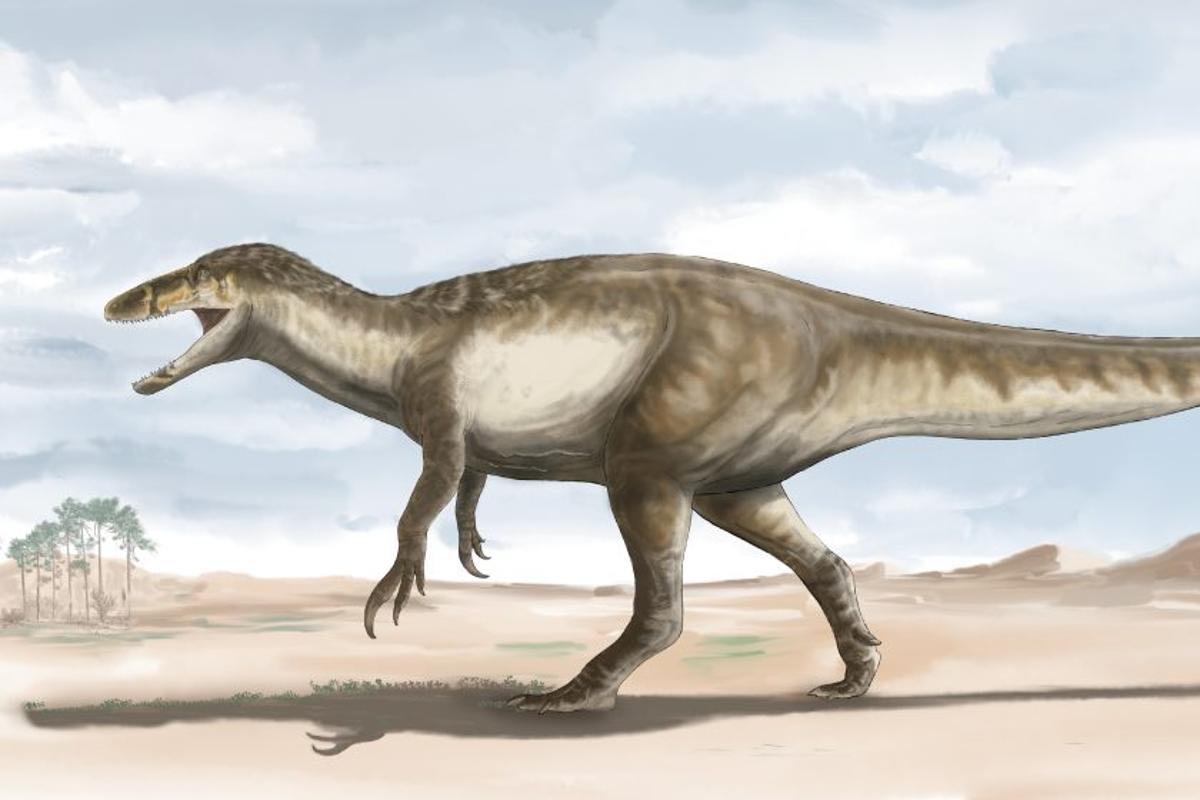 Despite looking like it doesnt eat fish, Megaraptor was a piscivore. It had large claws that could penetrate skin with ease. Also, Megaraptor wasnt really a "Raptor". It also has its own family. Megaraptors have a sandy brown upper body, while its lower body is dirty white. Megaraptors ate fish and small dinosaurs, it mostly used its large claws. They are extremely swift because they are mostly made for speed.

A female Megaraptor is resting with her hatchlings, She notices a Gorgosaurus charging at full speed opening his jaws. She acts quickly by roaring as the Gorgosaurus responds, He gets closer and closer, but the swifter Megaraptor is able to bite onto his tail. He roars and bites onto the Megaraptor. She roars in pain as the bite is too powerful.

He rests for a second but she lunges at him, however he is able to bite onto her torso before she could latch her claws on him. He sinks his teeth onto the flesh deeper and deeper as she pathetically slashes him. He shows mercy and drops her to the ground. She is still breathing but he decides to pity and run away knowing she wont survive as he roars in victory. The hatchlings are hungry but there is no one to give them food, so they become cannibals and start eating their mother while she is alive. Too large for the Megaraptor to handle, It had stronger jaws.

1 Responses to DBG: Gorgosaurus vs Megaraptor

Yea, ther babies are probally mercyless or doesn't reconize their mther and instead a dead dino looking like her.