One of the top predators, They hunt in packs to bring down large sauropods with ease. Though being 13 Meters they are pretty lightweight. This is due on how they are fast on land. 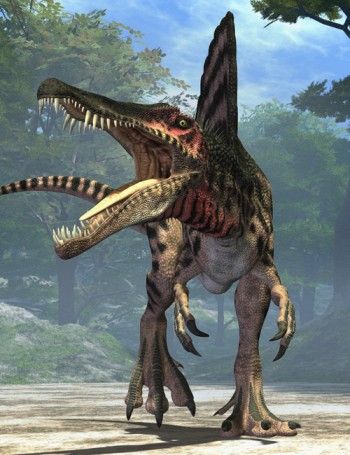 Being the largest carnivorous dinosaur by length, It is lighter compared to Tyrannosaurus. But that doesnt mean Spinosaurus is not an apex predator. Spinosaurus has large claws that are more useful than its jaws.

It had a stronger bite force than Spinosaurus, It also used stealth with speed.

RB Is still going on! Type in your request battles in the thread.

9 Responses to RB: Giganotosaurus vs Spinosaurus

By the way this was requested by Cool Godzilla

Wow, maybe Spinosaurus wern't meant for killing dinosaurs. I guess the Spinosaurs should stick to killing fish and smaller dinosaurs than apex ones, thx for posting my request

Wow, maybe Spinosaurus wern't meant for killing dinosaurs. I guess the Spinosaurs should stick to killing fish and smaller dinosaurs than apex ones.

Maybe Spinosaurus wern't meant for killing dinosaurs. I guess the Spinosaurs should stick to killing fish and smaller dinosaurs than apex ones.

Yeah but it is just a bit lighter than Tyrannosaurus

One probelm, T rex is very robust and a bite force able to dent a car, then why can't T rex kill Spino in JP3? It's wierd how