Jurassic Park is the best. That is all.

What's that? You want an actual ranking? Ugh. Fine. I'm obviously a T.rex fanboi and need to kill myself lolz. Just kidding. Although I don't hate this movie anymore, it isn't that strong. The characters suck except Alan Grant, who's a shadow of his former self, the CGI makes the Brachiosaurus look disturbing, and the plot is a mess. It just feels like they needed to crank out another JP movie so they threw together this clusterf*ck. But there are some fun scenes that are this film's saving grace.

Worst Scene: Any time Amanda Kirby is on screen.

Best Scene: The bird cage features the movie's strongest special effects and is a well-made sequence. If you didn't see my announcement in the chat, I've let go of my undying hatred of this movie. It is kind of messy at times, but it's still pretty solid. Claire and Owen are fun, the kids aren't too bad, and there are some cool action scenes. But it is hindered by dumb sh*t like militarised dinosaurs and the other unnecessary subplots.

Worst Scene: Hoskins rambling about dropping Raptors in Afghanistan had me rolling my eyes.

Best Scene: Claire releases a certain dinosaur to help take down the Indominus rex, with some help from Blue and the Mosasaurus. That's right, I enjoy this movie. There are some positives like some of the best CGI in the series and Jeff Goldblum's return as Ian Malcolm. We also get some decent side characters and some thrilling dinosaur scenes. The film also has a darker tone, which fits the story well. But there are some plot holes and a few dumb scenes here and there. Needless to say, this movie is dark, gritty, but still fun as Hell and its deep message hits home.

Worst Scene: A Velociraptor makes another happy landing after being hit by a girl doing gymnastics.

Best Scene: The Buck T.rex is let loose upon San Diego and rampages through the city, searching for his infant. Yep, Fallen Kingdom is already the best sequel to the original. That being said, it's certainly not a great movie. Owen and Claire's relationship is a mess, the comedy mostly sucks, and Zia and Franklin are annoying. But it is legitimately terrifying at times, and the special effects are phenomenal. It also gives us plenty of awesome dinosaur scenes like Rexy killing a Carnotaurus (RIP Toast...you will be remembered) and Blue fighting the Indoraptor.

Worst Scene: As Browntable says, every time Franklin makes a joke, I cringe so hard that my eyes roll backwards into my skull.

Best Scene: The ending of the Lockwood playboy mansion part of the movie takes the franchise in the fresh, new direction the series needs, while also paying homage to the best scene from the first movie. 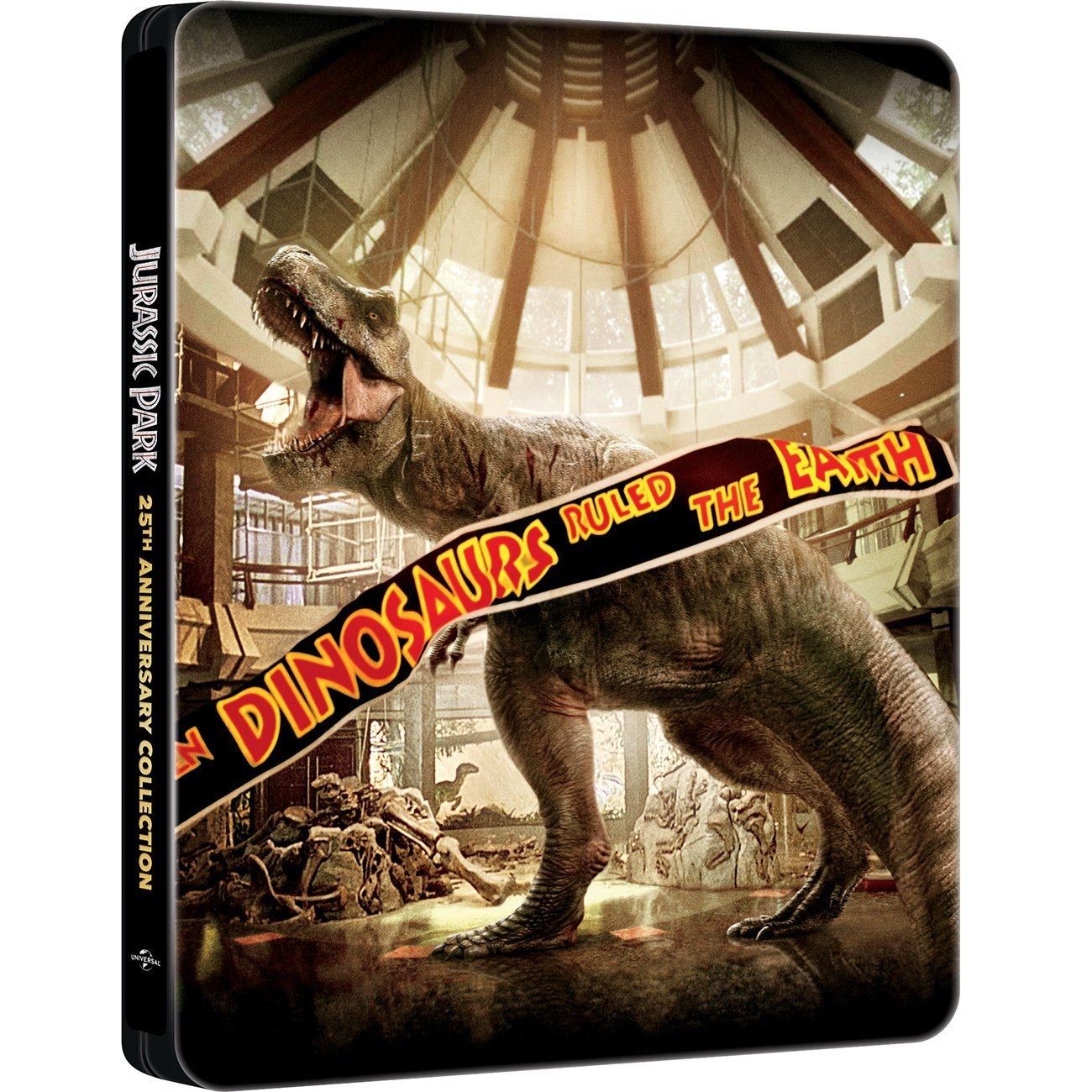 When I sat down to think about my ranking after seeing Fallen Kingdom, there was no doubt as to which movie would top the list. None of the sequels even touch this holy masterpiece. It has lovable characters, a unique story, thought-provoking themes, and a masterful score. Every character has something going for them; even Dennis and Lex. The dinosaurs look realistic and the CGI still holds up even after twenty-five years. Not only is this the greatest Jurassic movie, but it's the best movie ever created.

Worst Scene: Nothing. This movie is f*cking perfection.

Best Scene: After killing the Big One, Rexy throws her corpse into a skeleton and lets out the mightiest roar in the entire franchise.

My favorites are as follows

I only saw the first three and actually like JP2 the best of those. I agree that JP1 was the bomb for its time and a classic though- nothing quite like it was out at the time.

Update because I can't save changes to this topic: the worst JPIII scene is "A L A N !"