Sorry for re-uploading again, my computer doesn't want to cooperate.  Please ignore all previous versions of this.

Anyway, thanks for your support. I would like to thank the following members because they have supported me the most: Lord Vader, Xenotaris, JPCerato, Something Real, Sci-Fi King 25, AlphaDino65, Ankybeatsall, and Raptor-401. It is because of you guys that I have gone this far, and I can't thank you enough. Now let's watch them fight!

Length: 40 ft
I chose a mated pair because Lord Vader and I share the same favorite dinosaur.
Fighters: This pair is recovering from a severe earthquake. The male, named Tyrannus, has a face adorned with scars, including one running down his eye and face from a fight with a Tyrannotitan. Nothing stops his rage when he is angry. His mate, Tyranna, is always ready to back up Tyrannus. 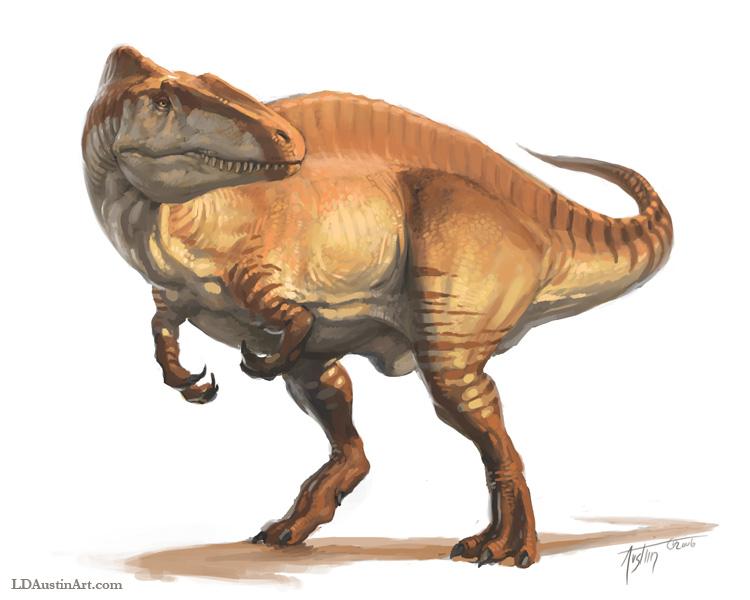 Length: 38 ft
Fighter: This large female, named Aggressor, was separated from her mate in the same earthquake. She is starving and looking for food and a territory. 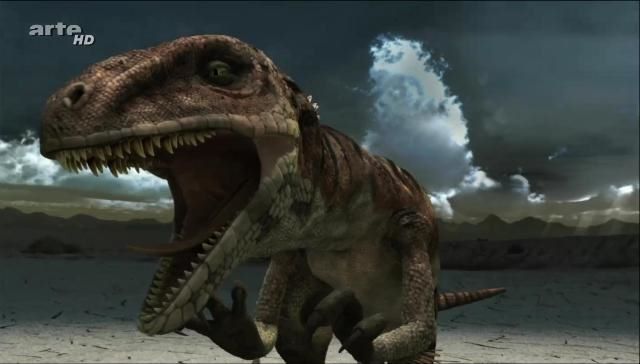 Length: 20 ft
Fighters: The members of this pack completely survived the earthquake that devastated so many. They work as a team to overcome any challenges in their way. Their leader’s name is Wolf, and his mate’s name is Slash. The other two Raptors are another mated pair. The male, Wolf’s brother, is named Scar, and his mate is named Knife. Wolf’s face is covered by scars.

Length: 25 ft
Fighters: They were part of a six-pack, but the other three were separated from them in the earthquake. They work as a team, taking down enemies with their toxic spit. The leader, a male named Achilles, plans their hunts. The other two are a mated pair. The male, Achilles's younger brother, is named Akira. His mate is named Sayomi. The trio will fight for each other no matter the cost.

Length: 40 ft
Fighter: This large male, named Titanic, is the sole survivor of his pack; the rest died in the earthquake. A while back, he gave Tyrannus his scar. He has also killed a female Spinosaurus, Spinax’s mother.

Length: 50 ft
Fighter: This male, named Spinax, lives a lone life, hunting fish in rivers. He recently lost his territory to a Sarcosuchus, who injured his leg, and he holds a grudge against Tyrannotitans because Titanic killed his mother. He has a bite mark from Titanic on the middle of his snout.

Fight!
Tyrannus and Tyranna returned to their nest with a dead Gallimimus. They had already devoured a Stegosaurus, so they were using it to feed their son, Junior. He ate while his parents rested near him.

The pack of Utahraptors were searching for food. Wolf, the pack’s leader, growled, as the pack found a huge gorge that was over 9000 feet deep. It had been created by the earthquake. They continued moving as they ventured deep into the territory of the King of the Dinosaurs…

Titanic, the last Tyrannotitan of his pack, wandered into Tyrannus’s territory, but he wasn’t alone. Facing him was Aggressor, a female Acrocanthosaurus. Both carnosaurs had lost a lot; Aggressor had lost her mate, and they didn’t want to lose their lives. They roared at each other, waking up the two T-Rexes, who rested 700 feet away.

Meanwhile, a trio of Dilophosauruses found the remains of Tyrannus’s and Tyranna’s meal. They began to eat noisily, increasing the T-Rexes’ anger. Tyrannus ran toward them, his giant teeth slicing the air as Achilles dodged, slashing him in the nose. This increased his rage, and he lunged toward them again, managing to rip a piece of Akira’s frill off as he spat acid toward Tyranna. It hit her in the eye, and she roared in agony, both her eyes bloodshot from agony.

Titanic spotted the injured Tyrannosaur and charged toward her as she screamed in pain. He bit her on the neck as Aggressor arrived, clamping down on her upper jaw. The two carnosaurs had formed an alliance against the two Tyrannosaurs as they knocked Tyranna over. Tyrannus chomped down on Titanic’s arm, twisting and shattering the tiny limb, reducing it to a bloody mess of flesh and bone. He let go and faced the coelurosaur, roaring in both pain and anger. Tyrannus roared back, when Aggressor took him by surprise.

The large Acro shoved his thick back in her mouth as he roared. Titanic then heard Junior's small roar coming from the T-Rexes’ nest. The bull T-Rex roared for his child.

Spinax limped away from the river as the Sarco hissed at him. He unknowingly stumbled into Tyrannus’s territory, but he could tell there were other predators living in the area because he caught sight of the Tyrannosaurs’ nest. Titanic ran toward it, his eyes fixed on Junior, the juvenile T-Rex. All changed to slow motion. Spinax thought about what he should do. He could leave unscarred, or he could avenge his mother, but risk getting hurt. The Spinosaurus made his decision, charging and roaring. Titanic stopped right in front of Junior, his eyes watching in shock as Spinax gripped his throat in his long jaws.

Junior watched in shock and amazement as his savior battled his attacker.

Dinosaurs couldn’t talk, but they could communicate, and so Spinax growled, “That was for my mother, you motherfucker!!!”

Titanic shook his attacker off, but was assaulted again, with Spinax snapping down on his pathetic lump of an arm. He tugged, ripping it off as Titanic latched onto his sail.
Tyranna stood up, her legs shaking and her vision blurry. She made out Aggressor biting her mate’s back, blood pouring everywhere. The doe stomped toward her, growling as Tyrannus’s life began to drain away. She broke into a sprint, knocking Aggressor over. The Acro stumbled, tripping over Tyrannus, who stood up and bit her neck, stomping on her chest. The force of a giant, muscular leg on top of her chest broke Aggressor’s ribs, and she screamed in agony. To make things even worse, Wolf’s pack sprang from the bushes, attacking her as Tyrannus and Tyranna ripped giant, bloody, pieces of flesh from her neck. As Tyrannus exacted his revenge, another Acro appeared and threw him aside. Aggressor looked up. The other Acro was her mate, Avenger. He grabbed Knife the Raptor in his jaws as the others jumped on him. Aggressor lay there, exhausted.

Tyrannus was attacked by Titanic as Spinax chased him to the rest of the battlefield. He quickly tore a chunk out of Tyrannus’s throat before Spinax took out the carnosaur’s scarred eye with a slap to the face. Tyrannus’s eyes were focused on Junior, who stood behind the Spino.

Meanwhile, the Dilos fought the Raptors. This was a one-sided fight in the Dilos’ favor; they had the advantage of toxic spit. They just spat their acid at the Raptors, blinding them, then finished them off with the power of their jaws and claws. However, their victory was short lived; Tyranna killed Achilles. Akira and Sayomi watched as their leader’s corpse dropped to the ground. They attacked the coelurosaur, jumping on her flanks.

As this occurred, Tyrannus and Spinax fought Titanic. The T. titan grabbed Spinax’s throat and swung him around, bashing him into rocks and boulders. Tyrannus retaliated, biting his leg and knocking him over. He got to his feet and bit the stunned Spinax’s sail as he lay on the ground, dazed. He screeched in pain, but Titanic snarled, “Shut the fuck up!”, kicking him in the face. Spinax felt his battered skull collide with a rock, cracking bone. His head dropped to the ground, defeated, but Tyrannus grabbed Titanic, throwing him around. They fought near the cliff that had been created by the earthquake.

Titanic managed to bite Tyrannus, and using his remaining arm, throw him down just near the edge of the cliff. He leaned in for the final blow, but Tyrannus grabbed his lower jaw, crushing it, and threw Titanic over the cliff. The exhausted Tyrannosaur limped over to Spinax, who was now awake. They were grateful to each other for their help, but they were too battered and bruised to continue fighting. Tyrannus knew that they should sit down and rest, which they did.

As Tyranna managed to kill the Dilos attacking her, Aggressor and Avenger attacked, biting and clawing her.

Tyrannus heard his mate cry out in pain from where he lay, and returned to her, roaring. The two Acros looked at their opponents as Tyranna latched onto Avenger’s neck, allowing Tyrannus to rip his lower jaw off. He then faced Aggressor, biting her already battered neck. Tyranna grabbed her snout, and the two pulled in opposite directions, decapitating her.

They had won the battle, scars criss-crossing their bodies.

Tyrannus walked over to Spinax, who was wounded but alive. His jaws had been fractured, and he was tired from blood loss.
A few days later, as the Tyrannosaurs feasted on their opponents’ bodies, Spinax got up. They watched as he walked over to Avenger’s body, sinking his long jaws into his flesh, tearing out a piece of meat. He began to devour the corpse, and he let out a triumphant roar as the two T-Rexes roared with him. 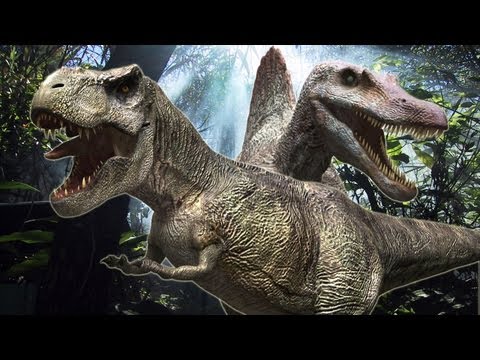 Again, I can't thank you all enough for your support.

I finally got it to work! :D

Nice fight. You know who I was rooting for.

@Lord Vader: Thanks.  Glad you enjoyed it, and thanks for helping me come all this way.

DARTHJPSPINOREX65 - Wow! That was a fantastically engaging battle! I greatly enjoyed the thrilling nature of the scenario you have presented! Furthermore, I am very pleased that the Spinosaurus and T.rex were the victors as a team! Excellent work! Thank you ever so much for sharing this with us! :)

SR, thanks for your positive feedback as usual.  Glad you enjoyed the fight.  Also, this isn't the first time I made Spinosaurus and T-Rex team up. The real first time is here, copy this url to view it: https://www.scified.com/topic/41865. Could you comment what you think?