Standing twenty feet ahead of me was the Shadow Rex. He had gotten into the room through a hole in the wall. How that hole was created I may never know, but it looks like he may have crashed through it. How he figured that out is the question. I raised the SPAS 12 and took a shot at his head. He backed off, the burning sensation causing him a great deal of pain. I quickly ran back where I had come from.

"The Shadow Rex. He's back.

"Right, you didn't see him. The thing that attacked our Jeep."

"Yeah, that asshole. You guys go ahead, I've got some business to attend to."

The guys went ahead, and I grabbed the RPG. I was about to grab a rocket when the Shadow Rex crashed through the wall. He stopped and looked right at me. He was fifty feet away. If he charged in the next three seconds, I'm screwed wether or not I load the RPG. I looked at the guys. I watched them as they all went in three different directions. Great, now I'm going to have to find them. I dropped the RPG and ran down the hall. I dove into the first room I saw.

The Shadow Rex walked down the hallway, chunks of the ceiling and next floor crashing to the ground with each step. I looked out the door for a minute. He was walking down the hallway. He couldn't see me through the ceiling, but he was knocking it down with each step. The ceiling wasn't very thick. There was drywall, two by fours, some air ducts, some pipe, and then the tiles from the second floor. I went back into the room and hid in the closet on the far side of the room.

With each thunderous footstep, the Shadow Rex got closer. The whole section of the building was vibrating, and pieces of the ceiling were starting to fall. I held the doors closed. I could hear crap falling from the ceiling. There was a crack in the door, and I looked through it. First I saw the tiny arms go past, then the legs. The legs were massive. After the legs, the tail went past. It swayed with each step, but was held parallel to the ground. I suddenly sneezed from the dust, and the tail stopped.

The Shadow Rex backed up and looked into the room I was in. He tilted his head, and sniffed the air. He growled as he stared at the closet. He knows I'm here. He stuck his head into the room. His head didn't even fit through the doorway until he muscled his way through. He made breaking through the wall look so easy. I knew I had to act shortly. He was five feet away from the closet. I threw open the door and jumped off to the side. Shadow Rex swung his head towards me, but the wall at his chest slowed him down enough that he didn't get me. I ran between his legs and made a left, away from where he had gotten inside. The Shadow Rex backed up and looked down the hallway at me. I didn't notice him look, but he emitted an ear splitting roar before he charged after me. I made a left down another hallway.

I reached the end of the hallway and discovered it was a dead end. I should be fine as long as Shadow Rex didn't see me make this left though. I saw his chest go by, followed by his legs, and then I watched as his tail disappeared. Good, he's gone. I started walking down the hallway when a dull thud got my attention. I turned to the source, and there was a crack in the wall. It took me a minute to realize what was happening, but when I did, I turned white with fear. I was about to run down the hallway when Shadow Rex came back. He looked down, saw me, and roared. There was an answering roar.

The dull thuds picked up until something smashed its way through the wall. I looked at the creature. It was Terrance. I looked at Terrance, then Shadow. I'm screwed, regardless of which way I go. Shadow looked at Terrance, and Terrance looked back. They started growling, and then Terrance roared. Shadow roared back. Both had impressive roars, though Terrance's was a tad louder. I ran towards Shadow, and he ignored me as I went past. Shadow and Terrance charged. They ran into each other and started pushing. Terrance had the strength advantage. Shadow bit Terrance. Terrance stopped and stepped back. He flashed his teeth and growled. There was a fire in eye as he roared at the top of his lungs. The fight was on.

LORD VADER - Oh, wow! Now that was certainly an excellent chapter! The moment in which our hero was hiding in the closet and gave his location away by a sneeze was wonderfully nail-biting in tone! Fantastic work! Thank you so very much for taking the time to create this and share it with us! :)

Thanks guys. Next chapter is a damn good one. It's tempting to post now actually. 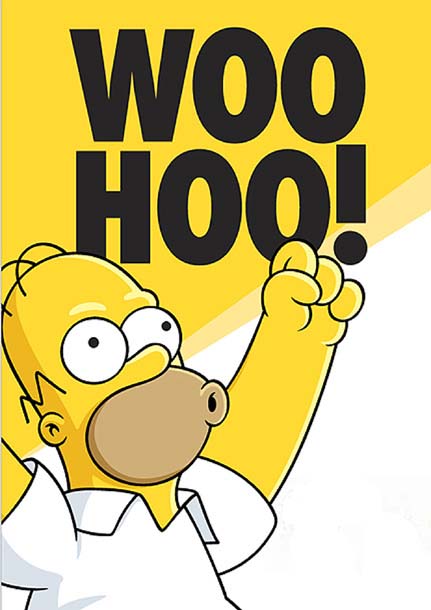 You know it Alpha.

Cool chapter, like everyone here suggested looking forward to the next fight.

Great chapter! I found it funny when he hid in a closet xD. #FoundBySneeze

FeliciaWhite replied to how to include King Caesar into the monsterverse

BigDave replied to Alien franchise Easter Egg missed by the fanbase for 25 years.

Deluxe Beauty replied to Dinosaur, which looked like a giant bird, discovered in Canada!

Gmkgoji started a new discussion: Who would win? on the Godzilla Movies forum