Good Noon folks, Hope you've all had a good fathers day. Now, Today I'd like to pose you the question:

What's your most favourite dinosaur memory?

It can be anything, Where your crazy addiction of dinosaurs probably started, To finding a fossil. Anything, What's your favourite Dinosaur memory?

For me, It was back when I was little, When my whole family who head out to go see the Royal Tyrell museum at the descretion of my father. My interest in Plaeontology started from a single trip to a Dinosaur museum. It was all thanks for my father.

13 Responses to Your favourite Dinosaur memory?

To be honest, I don't really have one.

I do remember my local convience store/pharmacy sold 1985 dinosaur models, and my parents got me (in order) the Triceratops, Stegosaurus, Brachiosaurus, and Styracosaurus. That Christmas, I got the Allosaurus, Apatosaurus, and Tyrannosaurus. I still have all of them in my laundry basket full of dinosaur/Animal Planet toys. I have to say it all started when i was 3 or 4 and first watched the Land Before Time with my parents some 23 years ago.

As for favourite scene, it has to be when rexy roars at Dr grant after he lights up the flair.
Really gave me that "holy crap" feeling. haha!

"swords are keys for when you stick them inside of people it unlocks there death."

X_PADEN_X- Now this is a fun topic! I would have to say my favorite dinosaur memory stems directly from watching the older dinosaur do***entaries that arose in the mid to late 80's. The ones that boasted stop-motion animation and were narrated by actors such as Christopher Reeves! There was something haunting and compelling about the way in which the animals were presented - something I carry with me to this day! My second favorite memory with regards to dinosaurs is the moment in which I first saw Jurassic Park. It was incredible! :)

Dunno for me. Let's say when I first got started into dinosaurs. Long story short, I was playing Super Mario 64 and my dad told me Bowser was a T-Rex (I was 3). Anyway, 13 years later, I know differently, and Bowser has become my second favourite Nintendo character (was my first until I discovered Bowser Jr.).

TBH, to this day, whenever I play Mariokart, I ALWAYS use Bowser or Bowser Jr. Always been a sucker for a villain.

i always choose bowser too.

i have a confession......i used to be a t.rex fanboy before i joined thse forums. long story short, t.rex has and always will be my favorite dinosaur.

I just always played with dinosaur toys (until my aunt gave all of them away without any permission or notice...)

I also watched Jurassic Park a lot when I was 3 or 4. I just grew with dinosaurs.

And in MarioKart I always choose Dry Bones...

Oh boy, I have so many, where to start?

Well, when I was 4 or so, my dad took me to see Sue in person, and I remember being scared out of my mind (I had just seen Jurassic Park and was concerned that meeting a T. rex may be a good way to be horribly injured... I was four.) My dad explained to me that the footprints on the floor were just stickers, and showed me the speaker from which the dinosaur roars were coming. I then reluctantly peeked around the curtain and came face to face with Sue's remains.

Another time was when I was at the Denver Museum of Natural History, and was able to name every dinosaur I saw without looking at the name plates.

But most recently, I came face to face with Paul Sereno (the guy who killed spinosaurus :P) after hearing one of his National Geographic sponsored speeches. He had a couple human skeletos in his suitcase too.

Hmmmm, for me its gotta be when i started looking at an old dino book, i wonder what the heck they were, my mom say and put in Jurassic park, sw the movie, loved it, and dinosaurs have been amazing ever since I always had a high interest and love for all animals but dinosaurs was my special interest. I watched a lot do***entaries as a kid about them, I watched Land Before Time in 98' a long time after it's release :P because i was 3 years old. I only played with dino toys though I didnt know anything for JP yet...When i played JP:OG on it's release my father told me that that game was based on a movie and suddenly I got the movie to watch it. From that day I sticked to learn everything about dinos, I loved them and I still do. I want to work with them seriously, I just finished high school and Im in a crossroad of choices with one way leading to Panteology :)

Oh! I forgot about when my mom got me a dinosaur book. That REALLY sparked my interest in dinosaurs.

Note: None of the following are my individual figures 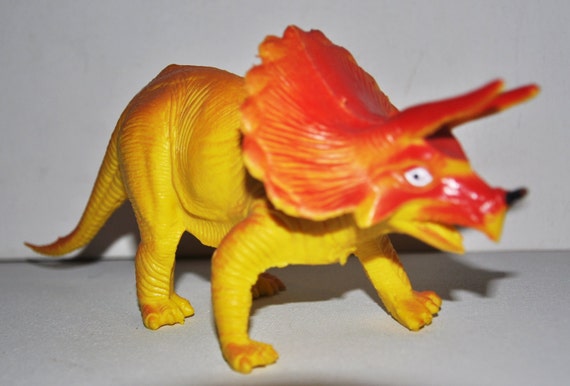 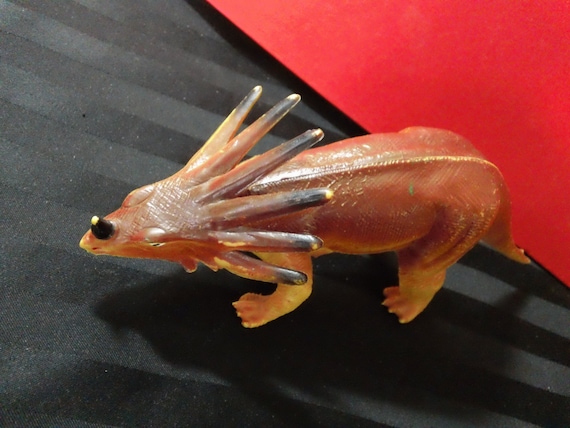