Bring Back Lance! Petition to get Lance Henriksen back as Bishop for Alien 5!

With the very exciting potential news that we may see the return of Michael Biehn in Neill Blomkamp's Alien 5, as well as the inevitable return of Sigourney Weaver, only one more iconic cast member remains to join the ensemble - Lance Henriksen! Portraying the role of Bishop in James Cameron's Aliens, Lance made us all actually like synthetics... er... "artificial persons" following the disaster which was "Ash" in the previous Alien film.

Without a doubt Lance's portrayal of Bishop is one of the franchise's most iconic performances and I feel that if we're going to see the return of Weaver and Biehn, then we need Henriksen to get on board as well! The man's been very busy with a number of films lately, but I'm sure he would free up some room for Alien 5 if given the chance.

So let's spread the word and share this as much as possible! Add your response below and let's help Lance get on board for Neill Blomkamp's Alien 5!

8 Responses to Bring Back Lance! Petition to get Lance Henriksen back as Bishop for Alien 5!

oh yeah this wud be brilliant! recast newt as well but yes! it makes sense and what better way to bring androids back to the alien universe!

Nar. I'd prefer to see Fassbender as David 8.

I think it's been obvious from the start that Bloomkamp intends on bringing back the original cast of survivors from Aliens; Sigourney Weaver, Micheal Biehn, Carrie Henn and Lance Hendrickson, for this movie.

That said, I think Lance is awesome and would love to see him back as Bishop and on the off chance I am mistaken and he wasn't to be brought back I fully support this petition. :D

@Necronom; David 8 is super cool too, but he wasn't in Aliens, Bishop was and this petition is to have him return for Alien5.

They all would surely do it - hands down! What other films have they done relativly or recently that sticks in the mind so for them all I bet its a no-brainer. However, should a particular campaign actually run I would support it, should such a petion actually exist I would definately sign it! But the quality of work for both 1 and 2 of the Alien franchise speaks for itself! With that said, I will champion the asthetic production values in the most part for Alien 3 its just the story sunk a bit and fell flat from its high from Aliens...

In fact, it would be interesting what exactly would haappen if one android, say Bishop discovers direct impropriety being committed by an Ash type character or David 8. What would happen if two androids one engaged in subverted covert agendas against the very human 'creators' of Bishop whom serves to serve those very same humans. Some who equally wish to do humans and artificial persons harm if it ultimately came down to it.

I would love to see how a confrontation like that would play out! It would be facinating! Although we have had suggestions along similar lies if it is to be believed that Rick Deckard was a Replicant when fighting against Zora, Leon, Priss and Roy in Blade Runner... But it would be interesting to see that set within the context of the Alien universe...

No offense, but I don't want to see old guys running around in an Alien movie.

Double post, 'cuz of hittin' the button twice I guess...

I know the Company "Weyland" uses him as a Base Robot Model.

Last seen in A3 & AVP. I think they should use him in the new movie as well as Hicks. 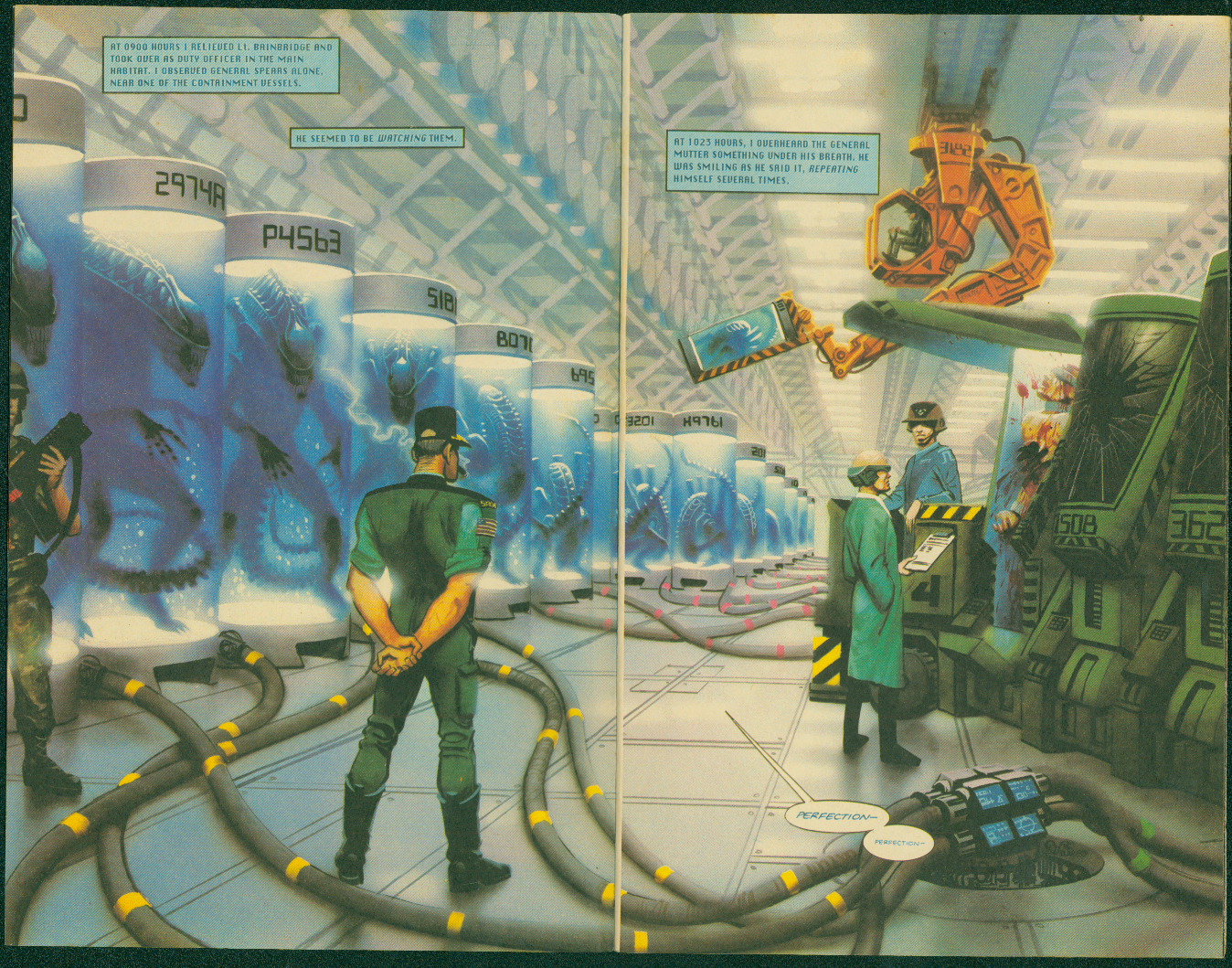