Hello, I'm a concept artist and huge fan of Aliens. I loved the art and design in the film so I've always wanted to design something for the movie. This is an imagined scene of explorers on LV 223 discovering some mysterious ancient relic. I hope the next film shows more of the planet. Such a fascinating world!

I also discuss my process for this piece here: http://www.freshdesigner.com/prometheus-concept-art-process/

It's an amazing extrapolation from both Giger-design and the 2001 Monolith! I really hope we see something like that in the sequel.

The design of the large, central monolith reminds me of the giant landing leg from ALIEN, as seen through the huge claw room doorway, when Brett is looking for Jonesy! 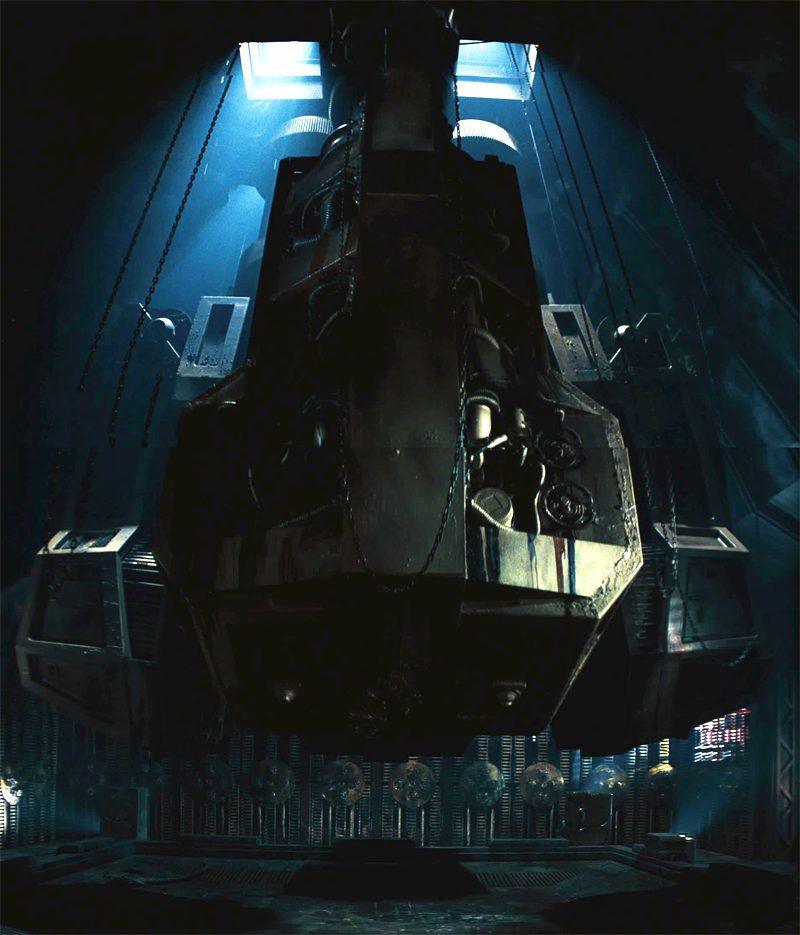 Love the Concept work, got a very stonehenge Look to those Space Jockey Suit looking Pillars.

Would be nice for you to explain what was going on inside your head when you was designing each part of this peice of art... whats your story behind the obelisk, the like other Stonehenge pillars, and why is there Urns scattered around...

Welcome to the site, that artwork is incredible! Matches the tone perfectly, I'd definitely like to see more of LV 223 in the sequel, or at least more of the Engineer's relics. Great work though, if you create any more concept art, be sure to share it with us!

Thats right Chris and we have to remember the POT LUCK that Prometheus found that temple in, it appeared they picked a random part of LV 223 to decend on, and they notice the Mountain Range which they use as a focal point (Which Ford says it makes Everest look like a baby brother).

Then as they enter the valley its Holloway who notices something, (God does not build in straight lines).

We have to thus assume the crew of Prometheus did not detect while aproaching LV 223 or even as they decended down to the Planetoid, any signs that would lead them to those Temples and the contents within... i.e they never detected any structures within the Temple, the Ships nothing!

Well those Temple Mounds would only covered such a tiny fraction of the LV 223 Surface that indeed it could have many other places the Engineers had built complexes and even obelisk scene like in the OT.... and we cant use the, "would Prometheus not detected them" logic because well if it was not for what seemed pure luck and Holloways eye for detail they would most likely had missed and not landed near the Temple Mound in Prometheus or maybe even knew it was ever there..

Another Interesting point could also be..... while the Crew never knew, could David have known?

And once Shaw has put his head back on and gone into Cryo Sleep (we assume) then well it really is down to David where he wants to go, be that Paradise? Be that Earth? Be that check out the LV 426 SOS, or simply go some place else on LV 223.

Thank you for the compliments!

@BigDave wow! you are super knowledgeable.

I imagined the towers to be coffins for GIANT size engineers. These engineers were too dangerous and out of control and had to be put into cryo sleep.

Will the explorers accidently trigger the engineers to come back to life???

So would i be right as in whats going on here could be similar to what if David was to leave the Prometheus Crew trapped int Cryo Sleep i.e he some how over rides the controls, making Weyand and the Crew Prisoners and allowing David to be Free.

A note on the Engineers...

The Draft both Spaights and Lindeloffs our Engineers where 15ft tall, the concept work when compared to Human Crew gave a height of about 12ft tall and Lindeloff even mentioned the Engineers as 10ft tall.

But when it came to shooting the Illusion could not be carried out and Sadly a Intended 10ft Race only appeared to be about 8-9ft depending if you take the Ghost Engineers or the Suits hanging up outside the Control Room to the Juggernaught.  And its scenes with the Last Engineer that reveal our Engineer was well 7.5ft tops and actually about 7ft3"

Hence for Prometheus the drafts and concept work showed a 12-15ft Race to fit in with the true size of the Space Jockey, and now you wonder do they in Prometheus 2 now down size the Engineers to a 8ft race which they could pull off, or do they go for the Lord of the Rings and Hobbit Camer Trickery and effects that would give us 12-15ft Engineers.

Your concept also reminds me of the Angkor Wat and Angkor Thom temples.

Super cool. Love it. Reminds me of the plimth's holding up the Deacon in another post here. A miniature designed by an amazing artist, gorgot his name sorry....

dk commented on Rob Zombie might be composing the score for Godzilla vs. Kong (2020)! from the Godzilla Movies website!

MrAwesomeness360 commented on Rob Zombie might be composing the score for Godzilla vs. Kong (2020)! from the Godzilla Movies website!

Lucky Dragon #5 commented on Rob Zombie might be composing the score for Godzilla vs. Kong (2020)! from the Godzilla Movies website!

Rob Zombie might be composing the score for Godzilla vs. Kong (2020)! just surpassed 1,000 views!

Titan of Water commented on Rob Zombie will compose the score for Godzilla vs. Kong (2020)! from the Godzilla Movies website!

Chris posted a new editorial: Rob Zombie will compose the score for Godzilla vs. Kong (2020)!