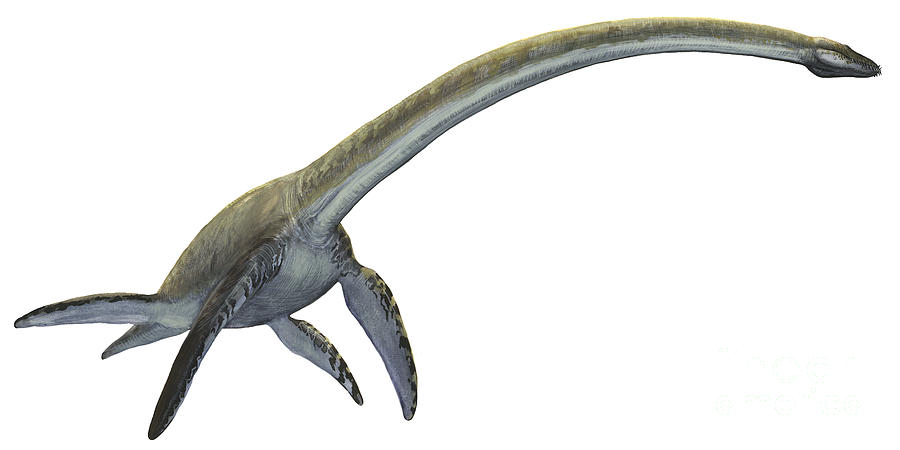 An Elasmosaurus is hunting. Schools of fish are becoming rare and the huge plesiosaur needs to find a good meal soon. In the distance, he spies a large “mass.” As he nears it, he sees it’s a school of small fish. Just what he was looking for. He swims for the school and get’s down to business. Using his long neck, he sneaks his jaws into the school and starts to snatch up fish.

A half mile below, a large Cymbospondylus feels a disturbance. Another large predator has entered his territory. His huge eyes peer up toward the surface. Even from here, and in the dark nonetheless, he can make out the distinct shape of an plesiosaur. Even though the ichthyosaur focuses on prey larger than small fish most of the time, he still hunts them occasionally and the Elasmosaurus is trespassing anyways. He charges for the surface ready to do battle.

The Elasmosaurus is completely unaware of the approaching danger. As the Cymbospondylus charges for his neck, jaws open, the plesiosaur is saved from an outside force. The bright sunlight stuns the attacking ichthyosaur for a moment. It’s in this moment that the plesiosaur sets his sights on his attacker. If he wants the defeat the Elasmosaurus, the ichthyosaur must drive him into the depths. Elasmosaurus is not a particularly aggressive species, so he’ll really have to tick him off in order to get him to give chase.

As the Cymbospondylus circles, the Elasmosaurus swings his stiff neck like a baseball bat, smacking the ichthyosaur square in the face with his own head. The Cymbospondylus backs off a few yards so that he can charge the larger plesiosaur. He builds up as much speed as he can and slams into the flank of the plesiosaur like a living torpedo. The Elasmosaurus feels some ribs crack and his brain tells him there’s some minor internal bleeding.

The Cymbospondylus decides it’s time to end the fight and go for the kill. He dives even deeper and prepares a final charge. As he turns back around, he notices the Elasmosaurus is starting to head for the surface. He speeds forward to catch up with the fleeing giant. He pulls up alongside him and reaches the throat. His long, toothy jaws latch on. The Elasmosaurus struggles, but has no chance. The ichthyosaur does a death roll. He rolls and rolls, then it happens. He hears the distinct snap of broken bones and the plesiosaur goes limp. He lets the lifeless body go. The corpse of the graceful giant slowly sinks to the bottom of the ocean. The ichthyosaur from hell remains at the top for one more day. 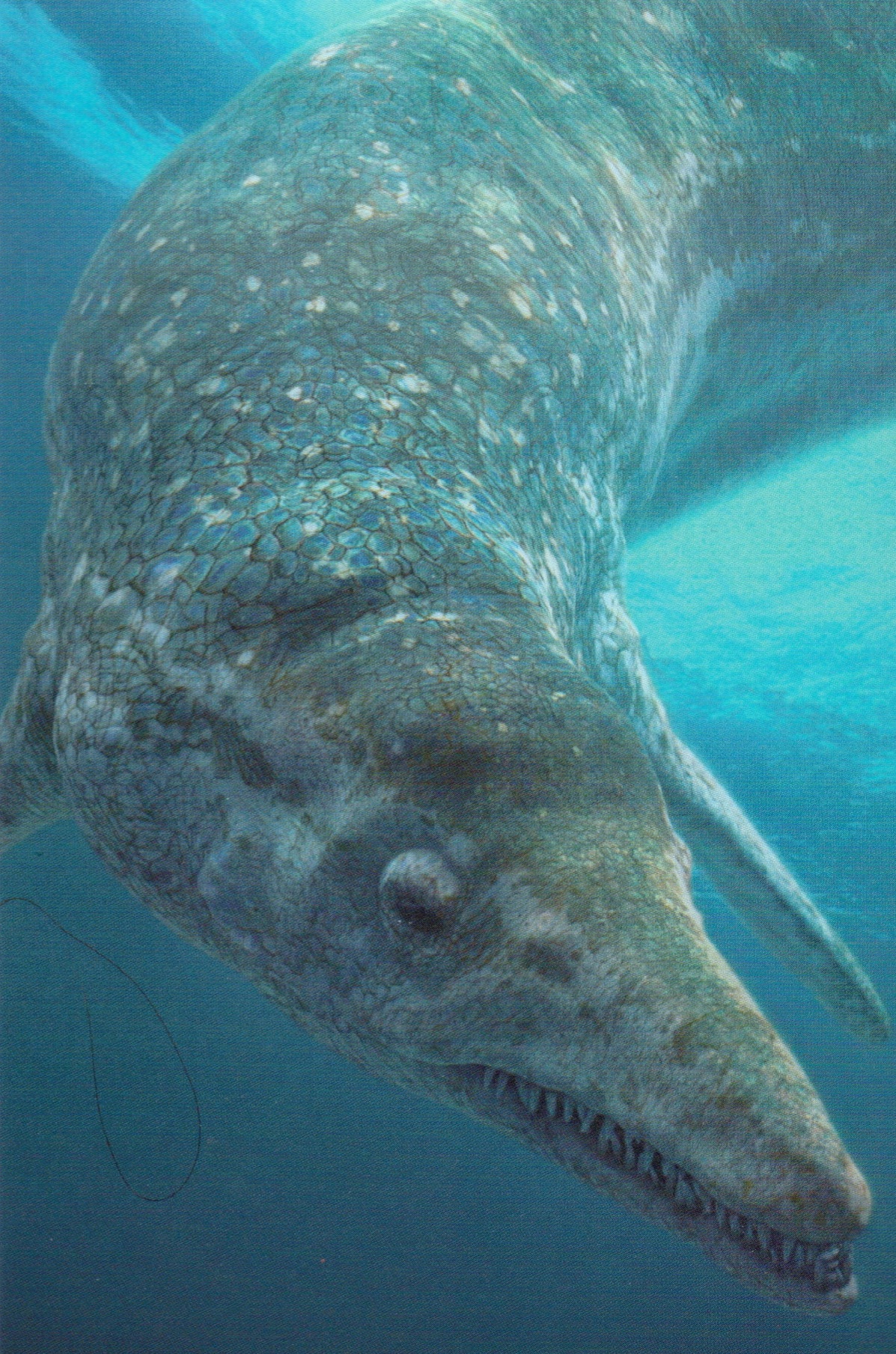 It was no contest really. Evidence shows mosasaurs and pliosaurs hunted and killed plesiosaurs all the time, so there’s no reason to think Cymbospondylus wouldn’t be able to do it. Besides, Elasmosaurus simply wasn’t built for heavy combat.

Next time on Clash of Aquatic Titans...

It has finally come. The season finale is upon us! Enjoy a tribute to the winners of this past season and kick back and relax as two final competitors duke it out in a bonus fight! Only on Clash of Aquatic Titans.

"Men like me don't start the wars. We just die in them. We've always died in them, and we always will. We don't expect any praise for it, no parades. No one knows our names." ―Alpha-98
9 Responses to Clash of Aquatic Titans: Elasmosaurus vs Cymbospondylus

Nice fight, I was rooting for Cymbospondylus.

Looking forward to what's left in this series.

Was kind of hoping for Elasmosaurus to win, but I recognize that it was outmatched here. A good fight overall though and I look forward to seeing how is next.

Nice fight! I was rooting for the Cymbospondlyus. I'm looking forward to the finale.

Glad you guys all liked it overall :)

Im with Matt here. Was rooting elasmosaurus, but it was too outmatched. Great fight still

Roger G replied to BigDave- We Love ya Brother!

5 Of The Most Iconic Robot Films To Watch Right Now just surpassed 1,000 views!