So before anyone starts reading this I have to say this now if you are sensitive to this topic or are going to start a flame war, DO NOT READ THIS TOPIC. the only reason I am writing this is because in my fight suggestion topic people were talking about this, and saying the regulars do not seem to care or get offended by this topic. 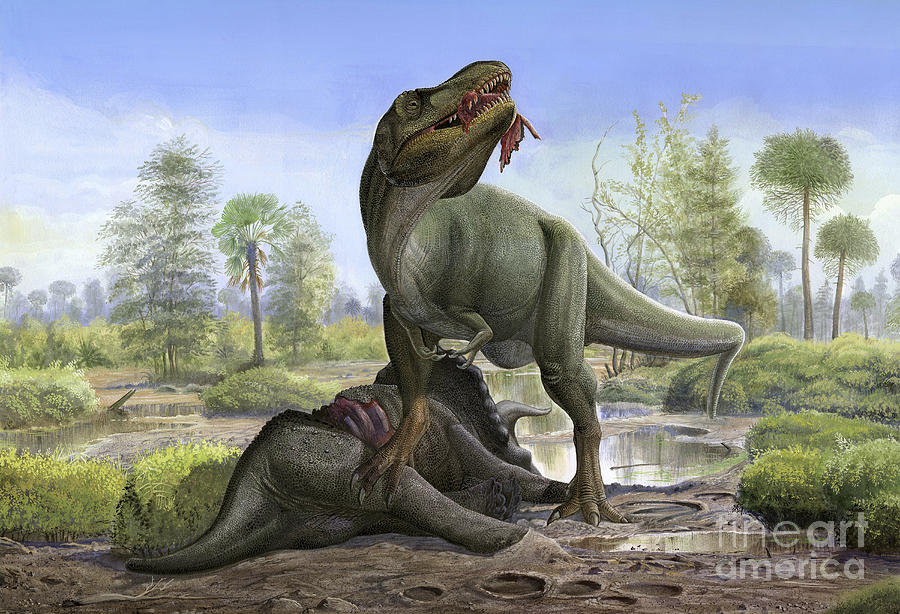 The induvidual in this fight is a 9 ton male, he has experience with other theropods. 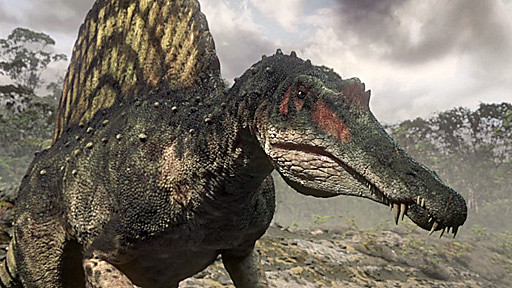 The induvidual in this fight is a 8 ton female, she has experience with other theropods.

This battle is taking place on isla nublar.

A massive Spinosaurus is walking along one of the many, rivers of isla nublar. She has been forced out of her territory by a pack of ravenous Giganotosaurus. She hasn't sustained any serious injuries, but is in serch of a new territory. She is very happy with this area it had a river lots of trees for shade it was perfect. But, she has no idea that she's being watched. The Spinosaurus goes by the river and is about to start hunting but, she stops when the water starts to ripple. And then the ground starts to shake.

The Spinosaurus isn't sure what to do, then out of knowere she hears a blood curdling roar. She turns around and sees it a massive male Tyrannosaurus rex. She horrified to see such a large tyrannosaur. The spinosarus just wants this rex to leave her alone but, the rex has other plans. The tyrannosaurus moves in closer. The Spinosaurus roars but the tyrannosaur isn't scared. The rex starts making a series of mock charges.

Size, strength and intelligence won this battle for the rex.

While I was rooting for Spino, still a good fight.

good figth, i dont understand how this could star JWWW3.

Correction, Catzilla, JW WW3, there was another war before my time on here.

And because some poeple couldn't handle opinions. Just look at some of the infamous ol topics...

Now that i've gotten that out of the way, good fight.

Nice fight. If my profile pic, cover pic, and forum signature didn't make it obvious, I was rooting for Rex.

Nice fight, rooting for Spino, but not really fust with the resualt, good job.

I was rooting for Spino, but I don't really care about how it turned out. Still a good fight.

good fight but spino should have won. :)

Spino's have the arm advantage. :)

http://hugeben.deviantart.com/  check out my gallery of Godzilla artwork! Follow me on [email protected]

Oh god, BBB, you're biting off more than you can chew with that comment. Even if you are joking, don't say anything along those lines again, things can turn ugly quite quickly, especially if someone who's been here a while says that. We will let it slide as you are new to the JW forums, and we don't really give a damn, but you never know, the internet is full of strange people.

Jurassic World War 3 would be a terrible idea, I was here through the first and second times, and sh!t hit the fan bad. I'm always up for a pointless argument, but it's a bad idea. If I'm not mistaken, I started writing fights around the first Rex vs. Spino war. It was a great way to relieve strees; writing fights and having dinosaurs tear out each other's throats I mean.

Oh yes, but if he switched Rex with Spno in that comment, nothing to worry about, right? Just let him have an opinion.

To be honest, I beleive the rex would win on land, but I do also believe if they were in water the Spino would win. It's like having a Crocodile fight a rhino. Sure the crocodile could come on land, and the rhino can probably swim slowly, but neither battlefield is fair. The only way it would be fair is if they were in free fall. Then they both would die XD

Also, I'm kind of new to Scified, what are these JWW's that everyone is talking about? I'm assuming they stand for Jurassic World War, but I'm pretty stupid and could be wrong.

^It's pretty old, the T.rex vs S.aegyptiacus controversy has kinda died down on this site.

gods: spinosaurus, no more no less. extra point, spinosaurus is more intelligent than a t-rex