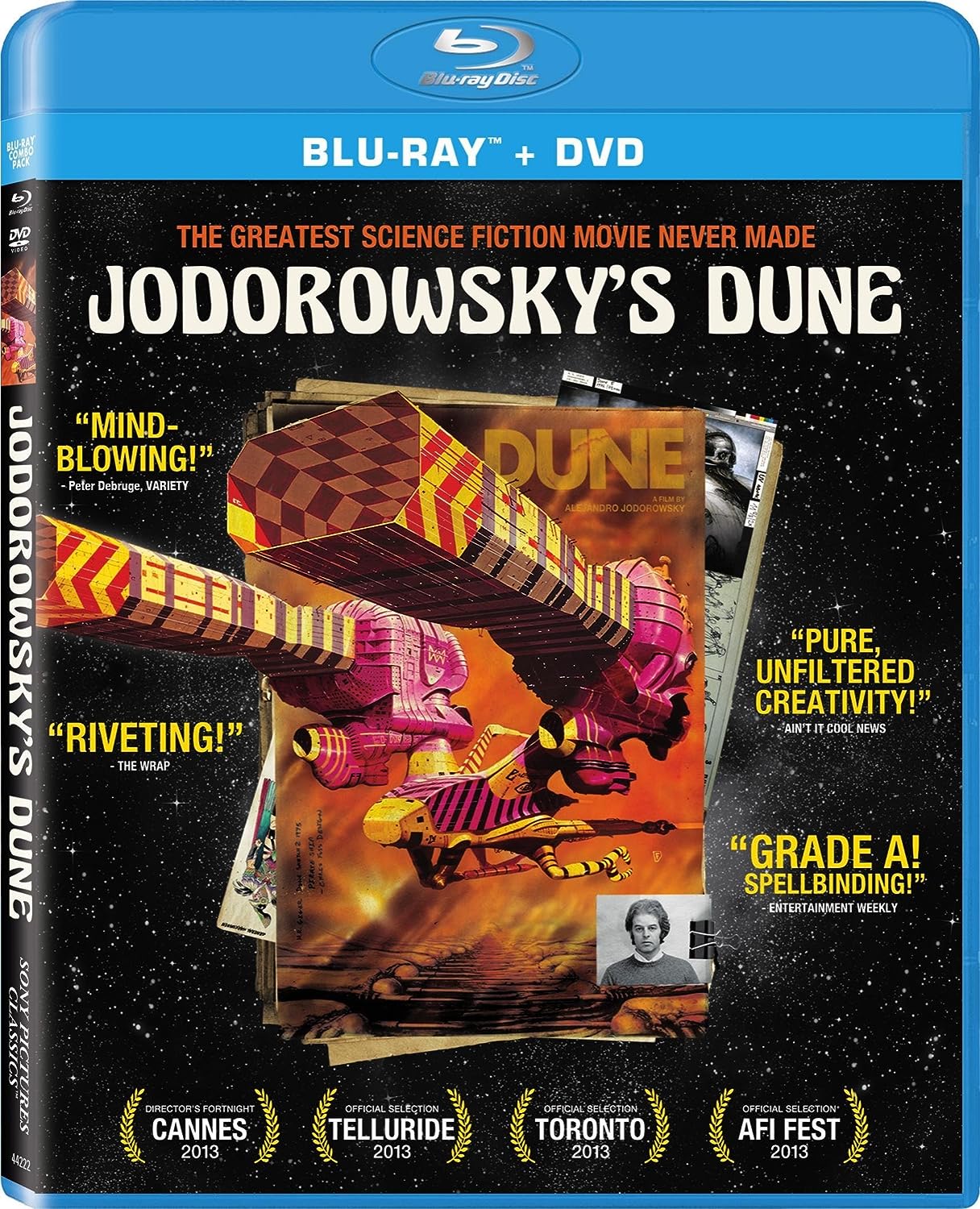 This project has always been of particular interest to me as an admirer of H.R. Giger, Jean 'Moebius' Giraud, Dan O'Bannon and Chris Foss. The collapse of the project meant that all of those talents moved on to what would become another classic of Science Fiction...ALIEN! It also influenced many other projects, including Star Wars. It will be interesting to see production drawings and hear from those involved. The links to ALIEN, and even Prometheus, via H.R.Giger's designs will be a particular highlight! I read somewhere that there will be animations of some of Moebius's work included too!

"The tale of Jodorowsky and his DUNE is a fascinating trip through creativity and imagination, a story about the relentless pursuit of a dream, and the necessity of art. In pre-production for over two years, the film was to star Jodorowsky's own 12 year old son Brontis alongside Orson Welles, Mick Jagger, David Carradine and even Salvador Dali, set to a musical score by Pink Floyd and art-design by some of the most provocative talents of the era, including H.R. Giger and Jean 'Moebius' Giraud."

:) I will check that Lone, next time pm us. btw, awesome post, thanks, and please post the url of the thread in your blog page.