I got the pocketbook version of this comic adaptation (complete), a few days before the film opened. I wasn't going to read it until seeing the film first, but I couldn't resist the temptation. After I read this, I was like ...that's it? I thought the film was probably going to suck, but just maybe special-effects would somehow save it.

I think with Harrison Ford coming-off "Raiders of the Lost Ark" (1981), & also the previous "STAR WARS" films; people in general, were expecting a fast-paced high-action film. And one in the same vain as his prior hits. One thing that Ridley stated in "The Final Cut" commentary; was in hindsight, that he wished he had more action in the film. And I agree, that's an accurate self-assessment; as that was indeed a compliant among the initial audience. Although, to have made it 'action-packed' would've been totally unwarranted.

BR went from being unwanted, to a cult favorite, and now widely hailed a masterpiece. Ridley knew what he was doing, it just took awhile for audiences to catch-up with him. On another disc-commentary, one of the producers thought that a Christmas 1982 release; would have saved it from being a box-office flop. I don't know if I'd agree with that retro-prediction myself. I think word-of-mouth got around right-quick that the film was bleak, depressing, & had nowhere near the action of "Raiders of the Lost Ark", etc. As well, it wasn't that futuristic ...Sawa's Dad: "I don't know what was so futuristic about that one. It's not much different than the streets right-here, & now (in Manhattan) ...other than they have flying cars." Anyway, I enjoyed the film upon first seeing it; although, I didn't know a single-person other than myself that did. The theater was packed the opening weekend; however, in a couple subsequent viewings, there was next to nobody.

The only other MARVEL film-adaptation I bought after this was "DUNE". I did the same in reading it several days, before the film was released. And again, I thought from what I saw/read that the film was gonna-blow, hard. In that case, it sure did for me. I believe "DUNE" (1984) was the biggest box-office disaster of the 1980s. It's too bad there is never going to be a "fix" for that film, with a Director's Cut.I guess that David Lynch is too much of an egocentric-baby & to repair a film that should've been fantastic (had he got final-cut authority, originally).

The BR-comic pocketbook version (B&W) came-out maybe a full-week, before the film. I saw the #1 regular format on the newsstands, late Summer (cover-dated for later). 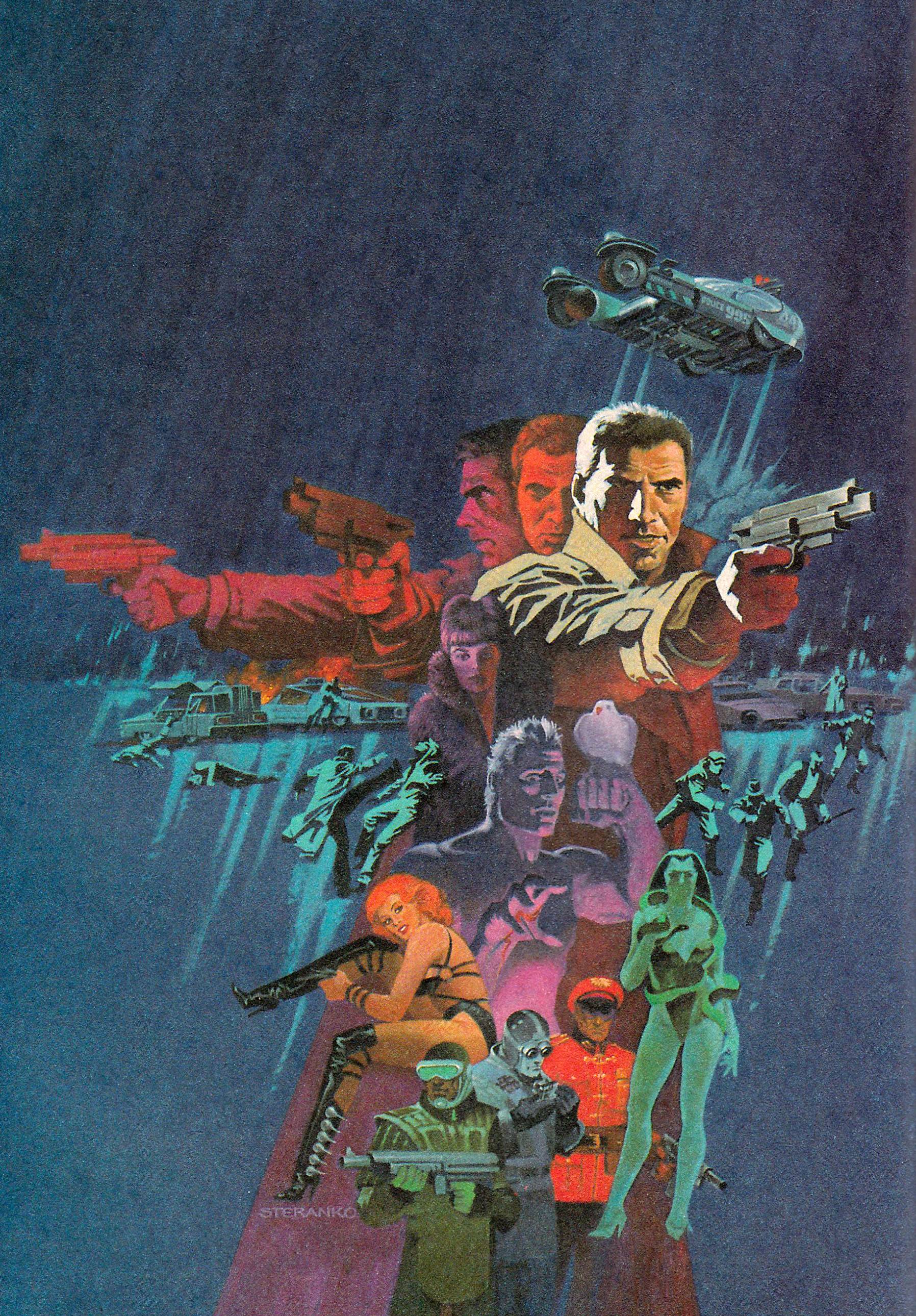 2KMember2674 XPFeb-14-2013 4:06 PMAwesome post Sawa! I have copies of the double edition comics tucked away safely in archive quality bags. I take them out once in a while & leaf through them very carefully! I got mine from a wee Science Fiction book shop, (long after the films release) where I used to spend lots of time leafing through comics & mags trying to decide what to buy with my limited budget! That lovely shop has long since gone :-( It's amazing how Blade Runner split it's audience. It's either a love it or loathe it reaction. You're spot on about it not being what the majority of movie goers were expecting, particularly after Star Wars & Raiders. My friends older brother mostly hated sci-f,i yet he said it was the greatest film he had ever seen! I loved Blade Runner from the moment I saw the first trailer & if anything that love has intensified over the years. :-)