I have just received my USB Alien (bought it from Amazon). Maybe some of you know about it already, but I wanted to share it with you fellow Alien geeks. [IMG]http://img528.imageshack.us/img528/9084/package1.jpg[/IMG] The first thing that struck me was the packaging: solid, well made and with attention to detail. Just a couple of examples: On the bottom (who ever looks at the bottom?) there is the iconic Alien logo from the movie. [IMG]http://img824.imageshack.us/img824/404/package3.jpg[/IMG] When I was opening it I noticed that even the flaps sprot unneeded yet surprising detail! [IMG]http://img707.imageshack.us/img707/6939/package2v.jpg[/IMG] And once you remove the alien from the package you can see the interior of the box. [IMG]http://img256.imageshack.us/img256/4372/package4.jpg[/IMG] The Alien itself is solid, faithful to the original, with the clear skull dome that can be removed to reveal what looks like a deranged cat. [IMG]http://img51.imageshack.us/img51/8770/skullup.jpg[/IMG] The legs can be moved at the hips, the arms can rotate at the shoulders, plus you can twist the hands around the wrist without fear of breaking it. And yes, the tail is bendy!!! [IMG]http://img217.imageshack.us/img217/3893/backeob.jpg[/IMG] Once plugged to a USB port (the USB cord is long 1m/40"!) it does random inner jaw attacks. At random intervals the tongue is pushed out (operated by gears) and a red light turns on inside the mouth. The tongue is as long as about half of the skull. [IMG]http://img854.imageshack.us/img854/2982/tonguen.jpg[/IMG] At random intervals means that you don't really know when it's going to do it, so it can be quite scary. Sometimes it does two attacks in a row, sometimes the tongue sticks out for a longer time, you never know. I bought it on a whim, but it's way better than expected, totally love it.

Ridley Scott will eventually tell us how the Queen was born. Right now we have the Deacon; coming soon the Mercury, the May and the Taylor.
9 Responses to USB Alien! (for serious Alien geeks) 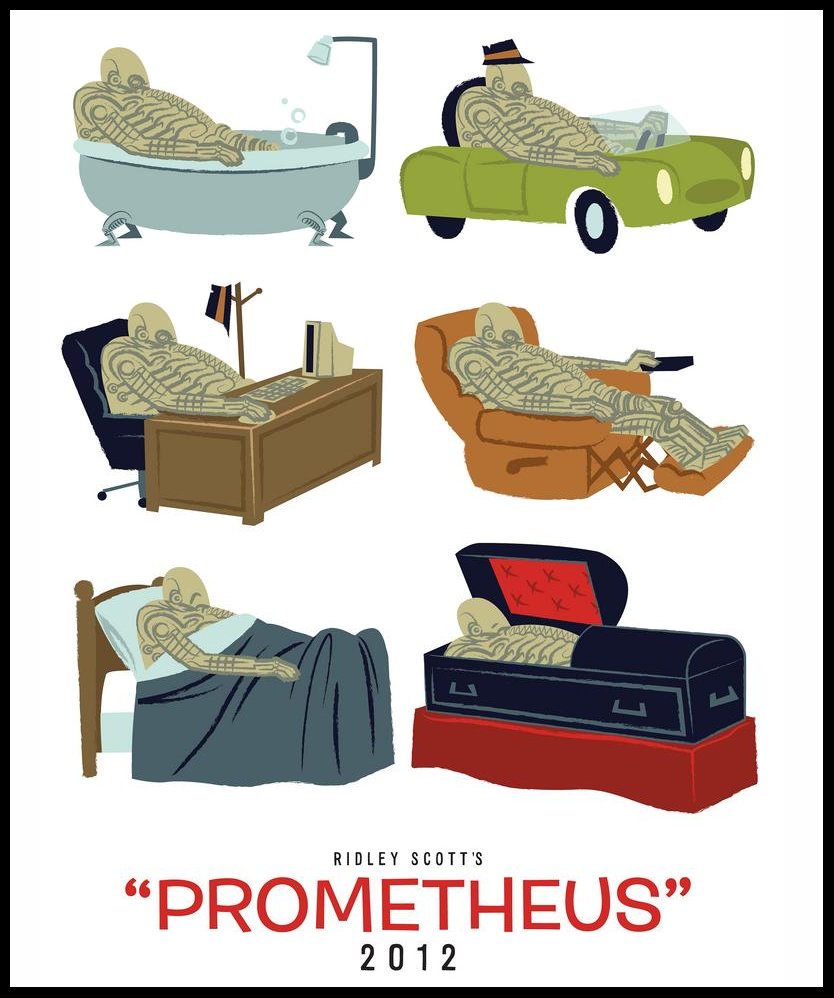 To paraphrase Ash's words: Its pointlessness is matched only by its awesomeness.

Interesting.... How tall is that? PS: I bet there are probably many mistaken yelps of excitement when that is on Japanese storeshelves exclaiming.... "Ho... Ho... Gud-Zee-Rah!" sorry. : )

Thank you for this post, I *got* to have it and just ordered mine. 3 left on Amazon! Wait... is that a picture of the Space Jockey on the box?? I knew it! The xeno that came out of the SJ has been found!

This topic inspired me to search for other usb gadgets out there. I like this R-two-ey much better! Hahaha Geez, there is all kinds of crap out there...yoda, vader, a tron light cycle... But I think R2 rocks!! [img]http://www.japantrendshop.com/pictures/r2d2hub3.jpg[/img]

That's a great gadget? How much does it hold?

is there one that keeps your beer cold while on line