I just have made a shocking discovery

I posted this in a recent thread on Dallas possibly being in on the plot with Ash. It is shocking but I feel I must share it with you all. It changes everything. arrgy, I will see your Dallas and raise you one Jones the cat. Now, when the crew is discussing the signal, Jones is mysteriously silent. As if he knows something. In fact, I don't even see Jones at all in that scene. What was he doing? When we see him, he is licking his chops. Clearly excited over the coming chaos. Next, when Ripley is convinced by Ash not to go after Dallas and Co., we next see her holding Jones, as if Jones was making doubly sure Ripley was too preoccupied with his irresistible cuddliness to have second thoughts. Now, when Ripley, Parker and Brett are trying to track the beast, Jones purposely leads them astray and then forces Brett to follow him. Jones leads him on, typical cat, as we see Jones DROP THE CHESTBURSTER SKIN he was clearly given by the Xeno to play with. And we all know what Jones does to poor Brett, the one guy on the ship who is truly likeable, the kind of mellow guy that can even put up with Parker's bitching. For this, Jones can never be forgiven. And finally, when Parker and Lambert are about to be confronted by the alien, Jones wtih malice and intent "meows" to Ripley to draw her attention so that she can't make it to her comrades in time. Also, just look at how the Xeno smiles at Jones in his box with Jones showing now worry whatsoever. The case is clear. Site admin., you may lock this as this is from another thread. But the truth must come out!

16 Responses to I just have made a shocking discovery

Too funny. Maybe the signal was something like this: http://youtu.be/PCbI-j7FnkQ

Piter, Tried the linked but the video is mysteriously "unavailable". I smell a certain orange feline covering his tracks.

Its a robot...ash is a goddamn robot!

Try this one for the Jones Signal: [url=http://www.youtube.com/watch?v=83eSE8pm2x0]Your text to link here...[/url]

THX. Much bigger than one cat, Now, it is clear how powerless we humans really are.

Jonsu is Japanese for skilled! A Skilled Japanese cat, maybe Yutani was already planing something. neow

Jason8 The net widens. Clearly, the Japanese had been waiting for over a century to avenge their WWII loss. From what I hear, the crew also had a dog that "ran away" on Thedus and was found at the bottom of a mine shaft. With his head turned completely around. Skilled indeed.

dallas!dallas! I was thinking Yutani was planning their corporate takover of Weyland or at least to get in on any new discoveries. What better corporate spy than a ninja cat.

Jason 8 You are exactly right. I am still thinking in some old nation state paradigm. By 2087 it is a total corporate universe. But the ancient ninja cats live on.

Just goes to prove you should never trust a ginger!

After reading that, you're correct, I am....uhhhh....what was that again?....oh yeah...SHOCKED. Thank the stars, or Buddha, or whatever for this board....I live a really boring life.

By the way, what if I suggested that Jonesey was an android? Android people, why not android animals?

Man I was just about to say that too. Jones was an android cat, collecting all the data for the company, which is why the xeno didn't attack him, and which explains how he could survive in space for 57 years with no kibble. Seriously, Ripley and Jones make it to the shuttle, did they have a spare bag of kibble and litter in there? So 57 years later, the little $hit-head (as Ripley calls him) is still alive and well and working secretly for the company. Jones knows that Ripley is having bad dreams and is sending that information to Burke who uses it to get Ripley to go out again. But the question remains, who or what made Jones? I believe Dallas created it on their way out from Earth, their regular cat was replaced by Jones at the last minute at the request of Dallas, in order to... aww forget I said anything. 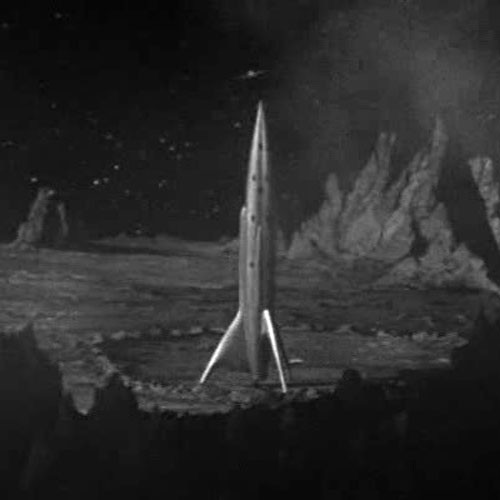 I know your theory is correct. Cats are notorious for plotting our distruction. Well spotted.