X-Men: Apocalypse started off as one of the most eagerly awaited comic book movies in recent years, especially after the post-credits tease from Days of Future Past, whereby we saw a young En Sabah Nur creating a full size pyramid just by waving his hands in the air. But ever since director Bryan Singer revealed, through social media and magazine promotions, the final design for the movies antagonist fans have become worried, with universal opinion being that Apocalypse looks more like Mighty Morphin' Power Ranger enemy Ivan Ooze than his domineering comic book counterpart. 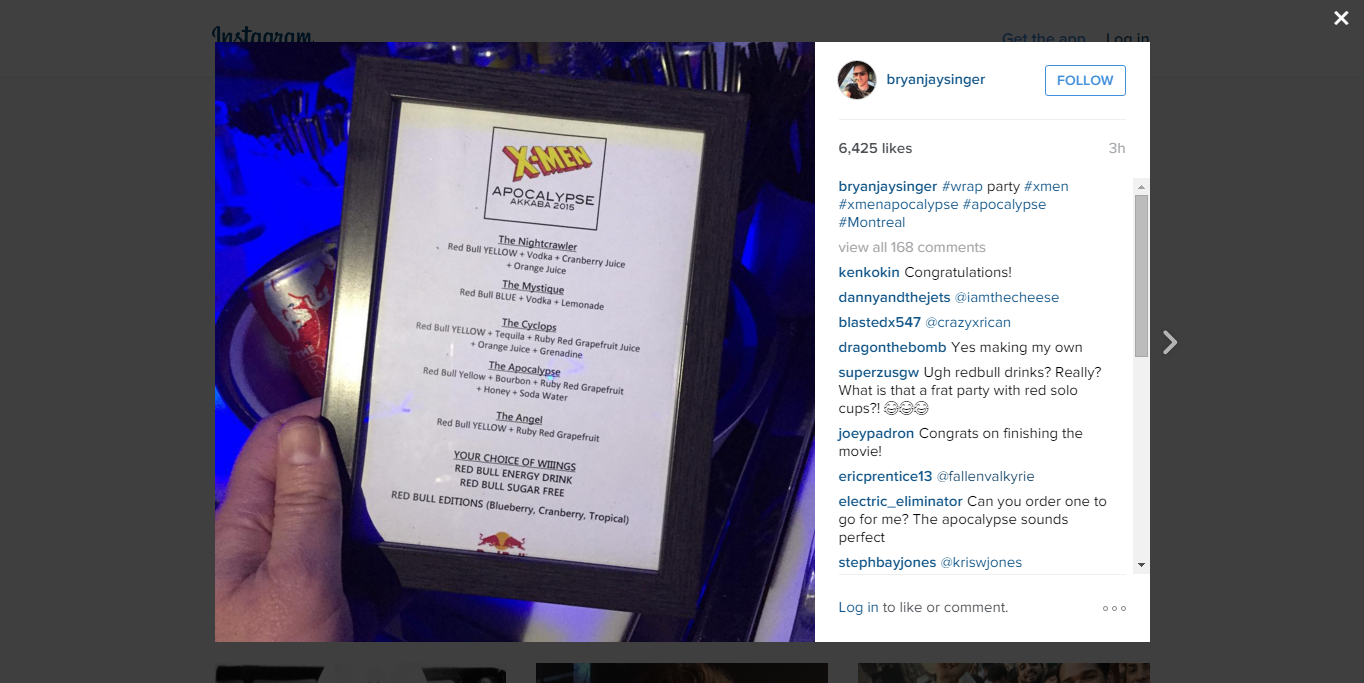 Filming for X-Men: Apocalypse, which began in Montreal, Canada back in April, officially wrapped this weekend as per the directors Instagram post (above) from the wrap party. With the movie soon to enter post-production expect to see a teaser soon.