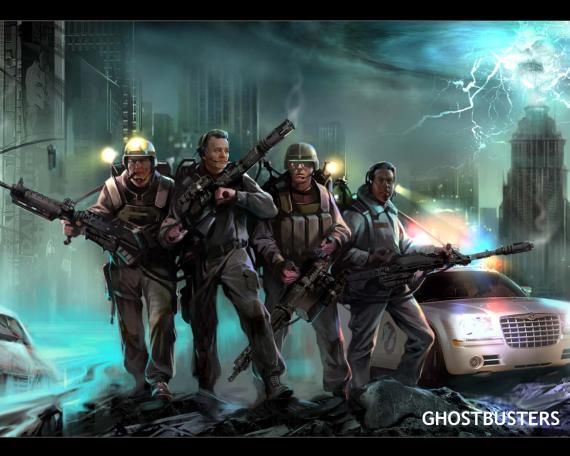 After the death of Harold Ramis last February director of Ghostbusters I and II Ivan Reitman reassessed his position as director of a planned third instalment, and stepped down, remaining onboard as a producer. Together with Sony Pictures' Amy Pascal, Reitman looked for a suitable director to realise the script developed since 2004 by Harold Ramis, Dan Aykroyd, Etan Cohen, Gene Stupnitsky and Lee Eisenberg (concept art pictured above). After 10 years in development hell, Ghostbusters III was all but a reality, and was ready to begin filming next month once a new director was found, regardless of whether or not Bill Murray would return. Last August news broke that The Heat and Bridesmaids director Paul Feig had been approached for the role of director, but controversially Feig wanted to reboot the franchise, replacing the lead stars with an all female cast, to which Sony Pictures' Amy Pascal has green-lit.

When this news broke many fans and some journalists voiced against the decision of an all female reboot, and have been labelled sexist by a minority of fans for doing so. Many that have argued against Paul Feig's reboot have stated that the already developed sequel should continue into production, rather than allowing Paul Feig to rush a treatment and script with co-writer Katie Dippold, throw together an all-too-familar cast and produce a “Bridesmaids with proton packs”. Some have also argued that Paul Feig's reboot would have a limited audience compared to the originals wide audience, which resulted in two comic lines, still running after 30 years of comics, countless toys, merchandising and video games and to spin off TV cartoon serial shows. Yet, despite such valid arguments against Paul Feig's movie, not only are Sony Pictures continuing with his reboot, a select few movie fans are still labelling detractors of the reboot as sexist.

Similarly, last year it was announced that Chronicle director Josh Trank had been approached by 20th Century Fox to direct a reboot of The Fantastic Four property. Co-written with X-Men: Days of Future Past writer Simon Kinberg the movie would feature a younger, cooler cast with a reportedly edgier visual and narrative style. But when the cast was announced with Michael B. Jordan (pictured above right) as Johnny Storm, those that voiced their opinion against his casting were labelled as racist by a select few movie fans. Many that argued against Michael B. Jordan's casting have stated that being the brother of Susan Storm, portrayed by Kate Mara (pictured above left), the character of Johnny should be Caucasian actor, or that since Reg E. Cathey has been cast as Johnny and Susan's father that Susan should be recast with a young black actress.

Some would say that those that argue against Paul Feig's Ghostbuster reboot and Michael B. Jordan's casting are reluctant of change, are stuck in the past, and as such are prejudice in nature. But if that was true why has no one voiced against Samuel L. Jackson's casting as Nick Fury (pictured below left), or Wesley Snipes as Blade, or Michael Clarke Duncan as The Kingpin; all roles in which the original character was white. Furthermore, why has no one voiced against Sigourney Weavers character of Ellen Ripley (pictured below right), Mila Jovovich's character Alice or Kate Beckinsale's character of Selene. 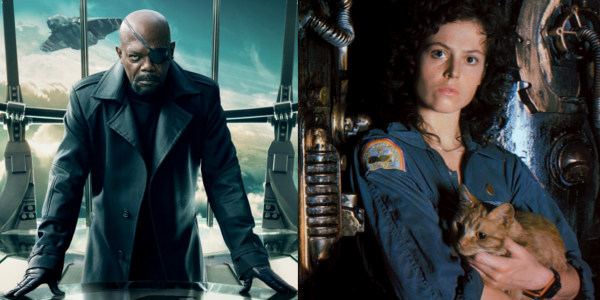 Everyone is entitled to an opinion, but labelling someone's opinion as sexist, racist or anti-Semitic when said opinion is not is tantamount to being sexist/racist/anti-Semitic within itself, ergo claiming something is prejudice when it is not is by its very nature prejudice as without said claim the issue of prejudice was not an issue. Such claims, when wrongly voiced are both inflammatory and an attempt to restrict opinions and freedom of speech through the over-exhuburant enforcing of political correctness.