In recent news, after Ivan Reitman stepped down as director, Lego Movie directors Phil Lord and Chris Miller were approached, but have subsequently turned down the opportunity to direct Ghostbusters 3. This week, according to The Wrap, Zombieland director Ruben Fleischer (pictured below) has been approached to helm the new installment, but the director has yet to confirm his position. 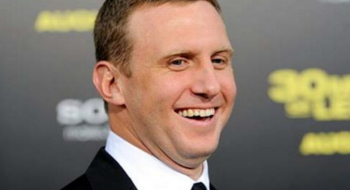 We all know that Ghostbusters 3 has been in development for a long, long time; making headlines because of Bill Murray's refusal to return or the sad passing away of co-star and co-writer Harold Ramis. We know that Dan Aykroyd and Ivan Reitman are the primary driving forces behind making this movie, and we also know that Aykroyd and Etan Cohen have written a screenplay in which the aging Ghostbusters will pass theri proton packs onto a younger generation. Additionally it has also been reported that an early draft of the script sent the Ghostbusters to Hell. 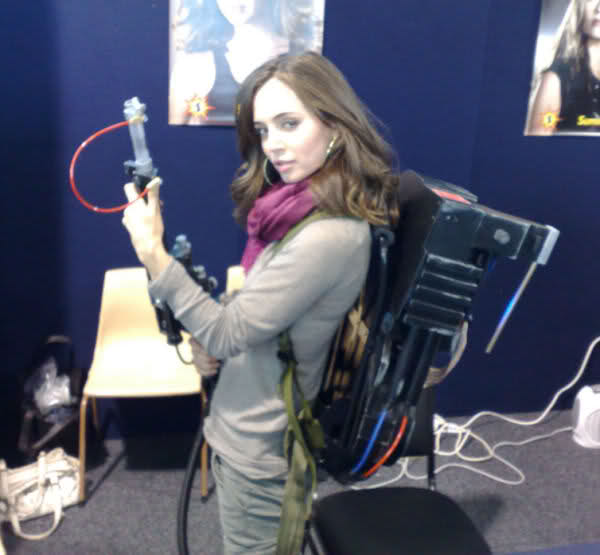 Fanboy Actress Eliza Dushku has repeatedly hinted she would love to join the cast of Ghostbusters 3!

What is guaranteed, when the movie finally enters production (which it is scheduled to begin early next year) is a comedy movie in which a new generation of Ghostbusters will face off against and defeat some big supernatural threat to New York City. Although most Ghostbuster fans have faith in Aykroyds ability to deliver a funny, entertaining movie, there is an opportunity to add more depth to the script, tying it into the previous instalments in a deeper fashion.

In 1984's Ghostbusters Dana Barrett, portrayed by Alien star Sigourney Weaver, and her neighbour Louis Tully, played by retired comedy actor Rick Moranis, were used by supernatural forces to help the Sumerian God of destruction, Gozer enter our realm. While Louis' transformation into Vinz Clortho AKA the Keymaster was by mere accident (he was the first person the hellhound spotted), Dana was chosen by Zuul AKA the Gatekeeper, above all the other residents of her apartment building to be its host, haunting her apartment.

"Choose the form of your Destructor!" - Miley Cyrus' new song!

Five years later while working at the Manhattan Museum of Art, Dana's boss Dr. Janosz Poha (Peter MacNicol) becomes enthralled by a painting containing the soul of sixteenth-century tryant and magician Vigo the Carpathian. Together they choose Dana's infant son Oscar to be the new body of which Vigo will possess in a ritual set for New Years Eve.

It appears as though Dana Barrett's bloodline seems to be cursed - magnets for the supernatural, possibly linked back to Sumerian times (3000 BC), most feasibly for assisting or for preventing previous incursions from the evil gods. This franchise story arc could add great depth to the proposed new, third movie and the franchise as a whole...

Who should be cast as 25 year old Oscar Barrett?

Today, Dana's son Oscar would be approximately 25 years old, the ideal age for a new generation of Ghostbuster's, and his inclusion would allow the return of the Barrat Family Curse as a factor in whatever supernatural threat is to feature in the third movie - he could become posessed or coerced by said threat. Though if the Barrett Family Curse is to be explored then the supernatural threat would ideally be the very same which the Barratt family bloodline is cursed from; Sumerian or earlier.

The existence of the Barratt Family Curse would likely not have escaped Ghostbusters Egon Spengler and Ray Stantz, and one or both of them no doubt would have investigated its origins, possibly identifying the third movies antagonist beforehand, possibly tying back into the events of the first movie.

What do you think? Should the proposed Ghostbusters 3 add more depth to its storyline by exploring and featuring the Barratt Family Curse? Or would such interweaving of a grand franchise-wide story arc add needless complexity to a fun comedy movie?