Alien:isolation is the upcoming alien game, as always published by SEGA and been developed by The Creative Assembly, the rumos say that you will play as Ripley's daughter and there will be only one alien, but NONE OF THIS has been confirmed or leaked yet. So i wanted to know, what do you want to see in this game? would you like to see something from past games?

I would love if the brought the horror from Alien resurrection (PS1), i can still remember how creepy that game was, most of time you will only hear your footsteps, sometime you had to crawl in dark vents and aliens used to enter into the vents and run on you, aliens could break doors when you least expect it and scare the shit out of you, ammo was scarce and i liked how you could carry a lot of weapons at the same time, there was this mission were you could go under water and swim and there were swimming aliens! freaking swimming aliens! 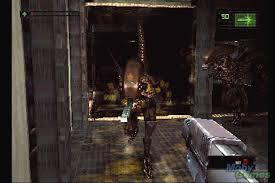 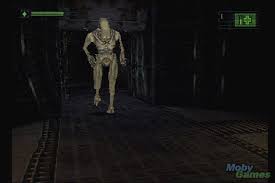 If they could implement all this in both SP and MP it would be awesome!

I want the game to have a big marine arsenal, but not like ACM did (shotguns with granade launchers, red dots? seriously?), a character customization system and last but not least i want this game to be challenging! i want a lot of boss fights and alot of hard-to-kill xenos like a real horror survival.

Slow pacing, scarce but powerful weapons, dark atmosphere, intelligent AI, and finally no relation to the movies in terms of characters :)