What do you guys think of the first official cast member of Episode 7, Adam Driver?  I honestly haven't seen much about him but I think he seems like a good fit for Star Wars.  I think one of the cool qualities of the original SW was the fact that most of the actors were up and coming and made a name for themselves through Star Wars. 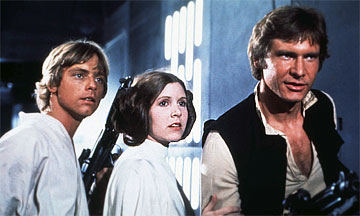 I think it made it special that we only knew Carrie, Mark, and Harrison as Leia, Luke, and Han at the time.  I think that Adam Driver fits that role well also.  I know that he is already known for a part in the show 'Girls' but overall he is pretty new and unknown.  I'm curious to see what role he plays.  Maybe Jacen Solo?

Feel free to discuss and debate below!

May the force be with you... He is excellent in 'Girls', very good actor. The movie is rumored to be about 'Twins' and the only other twins are Leia and Han's children so he may well be Jacen Solo.

He sounds promising.  I would love it if the movie was about the Solo children, there are so many stories to tell about them!  It would be cool if they incorporated Lowbacca into the story.  A Jedi wookie is pretty sweet.

Given how good he is in 'Girls', he seems like a great choice, and not yet too well known to be typecast.

Ah I hope Lowbacca will be incorporated too!

sonictiger replied to Opinions on Godzilla vs. Kong and the monsterverse.