Following a positive reaction to the Edge of Tomorrow movie footage shown at WonderCon this past weekend, Warner Brothers have just released a new theatrical poster for the film, featuring Tom Cruise and Emily Blunt equipped with their Exo-Suits. Check it out: 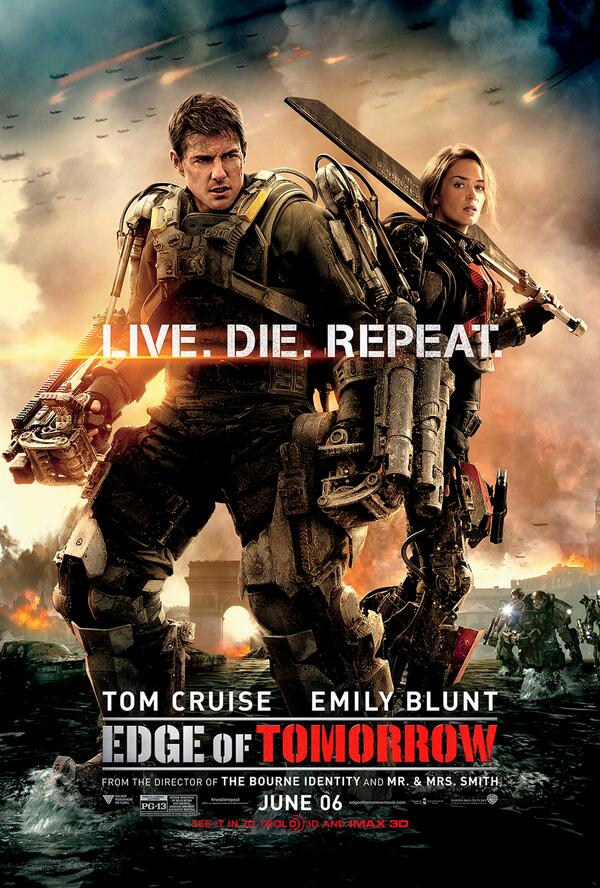 Edge of Tomorrow hits theaters June 6th in 3D and is rated PG-13. Let us know if you plan to see it by commenting below and check back for more updates from the front lines as they become available!