Last year saw veteran Hollywood actor Tom Cruise star in two science fiction thrillers, his first venture into the genre since 2005's War of the Worlds. While not blockbuster hits or critically acclaimed masterpieces, Oblivion and Edge of Tomorrow were both sucessful movies at the box office, using Tom Cruise's pendant for charm and action to good effect. The latter, based upon the Japanese novel All You Need Is Kill (which was also the movies original title) by Hiroshi Sakurazaka, saw Cruise star as Major William Cage, a decorated soldier whom ends up dying on the battlefield in a war against alien invaders, only to wake up beforehand, seemingly destined to relive the events over and again. Teaming together with Emily Blunt's character Sergeant Rita Rose Vrataski, Cage must learn to take advantage of the time loop he is stuck within and find a way to defeat the alien invaders, known as Mimics, once and for all. 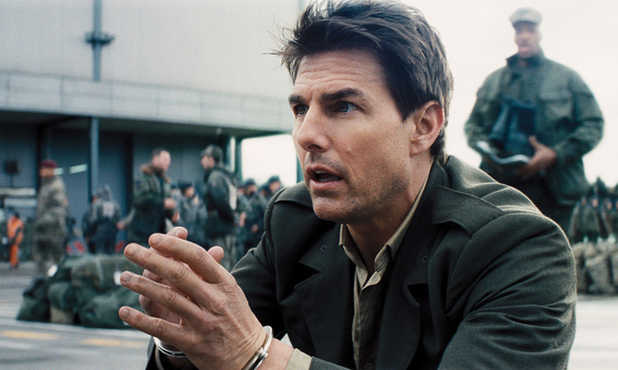 "Can anyone else hear Sonny and Chers 'I Got You Babe'?"

Described by many as sci fi Groundhog Day, the movies somewhat original premise and video game inspired cinematography stylings ensured both critical and public approval, resulting in a modest, though not groundshaking impact at the box office. While speaking with MTV to promote his new movie Mission: Impossible - Rogue Nation, the veteran actor stated his desire to return the world created in Edge of Tomorrow, revealing he had envisioned an idea for a second movie...

“I pitched it to [Christopher] McQuarrie and Doug [Liman]. We were there one night and I was like, 'I’ve got an idea for it'."

“It could be so much fun. Gotta get Emily. 'Emily, please'. She was like, ’Give me another year, please'."

A sequel, or possibly a prequel, further exploring mankinds war against the Mimics, their arrival, and/or possibly exploring Rita's previous experiences of the time loop effect would make for a good second movie, and potentially the start of a whole new sci fi movie franchise. All we ask is that IF the movie gets the go ahead that it uses a unique narrative structure like last years movie.