At last years San Diego Comic Con X-Men fans had a nerdgasm when The Wolverine star Hugh Jackman invited Bryan Singer on the stage, whom then proceeded to call out the huge cast for X-Men: Days of Future Past. Despite his ambitious hopes and plans however a movie can only be on screen for so long, and it was inevitable that scenes would be cut, even entire sub-plots. The first victim of this "streamlining"was Anna Paquin as Rogue, and now according to an undisclosed source from NY Daily News Oscar winning actress Halle Berry, Ororo Munroe AKA Storm will be joining Rogue on the editing room floor... well mostly. Reportedly all but one of Berry's scenes have been cut from the movie. 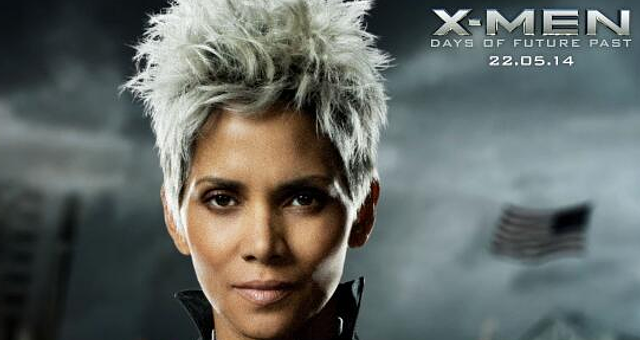 Whether or not the remaining "Storm" scene is the rumored revelation that was allegedly scripted for the character is unclear, but her cut scenes don't really come as much of a surprise considering the actress was pregnant during filming, and as such her action scenes were cut back accordingly.

2 Fan responses to Storm Joins Rogue On The Editing Room Floor In X-Men: Days Of Future Past!

WTF??? They cut out so many great characters.

The NY Daily news about this maybe a false alarm:

No, Halle Berry Doesn’t Just Have One Scene in X-Men: Days of Future Past